Everything we know so far and what we want to see 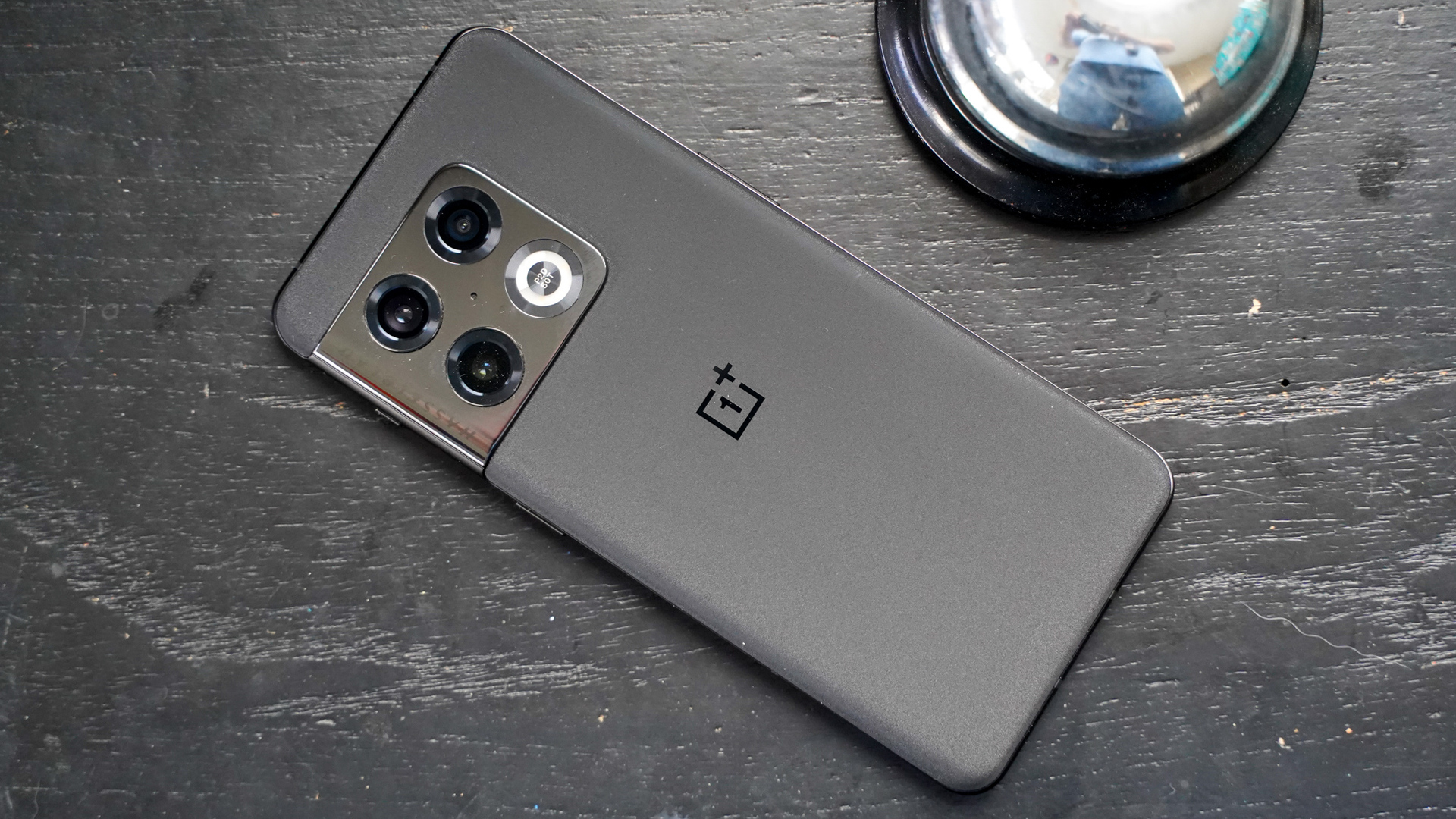 OnePlus has had a rocky couple of years that brought big shifts in strategy and product lineup. It’s become harder to anticipate what OnePlus will do next, but one thing is for sure — OnePlus phones still draw plenty of attention. Now, ahead of OnePlus launching the OnePlus 10T on August 3, here are all the news and rumors we know so far.

Will there be a OnePlus 10T?

OnePlus has kept us guessing when it comes to the OnePlus 10 series. Whereas in previous years, the brand had always released a “T” version of its flagship phone, in 2022 that was not guaranteed. That’s because the OnePlus 10 Pro launched on its own, leaving the option for a OnePlus 10 to come later.

However, OnePlus would go on to confirm on July 20 that the OnePlus 10T is indeed in the works. So that means you shouldn’t expect a OnePlus 10 at all. In saying so, the company’s product portfolio is broader than ever in 2022, so don’t write off more flagship-level phones this year.

Also read: OnePlus phones — A history of the company’s entire lineup so far

When will the OnePlus 10T release date be?

OnePlus revealed on July 20 that the OnePlus 10T will be launching on August 3 (check out the poster above). The event will take place in New York at 10 AM EDT (7:30 PM IST).

When looking at previous T-series launches, it’s clear that the OnePlus 10T is arriving sooner than expected. This is presumably due to the lack of a vanilla OnePlus 10.

What features and specs will the OnePlus 10T have?

Previous T-edition phones brought clear improvements over the “non-T” phone in the series. The picture is a little less clear when it comes to the OnePlus 10T.

The most notable design — and functional — change on the OnePlus 10T is the lack of a physical alert slider. This was first revealed by leaks, but has since been confirmed by OnePlus. A company representative said that the omission was due to internal space concerns, enabling the company to offer faster charging, a bigger battery, and better antenna signal. This is an especially disappointing development given that OnePlus flagships have had alert sliders since the start.

Leaks from Steve Hemmerstoffer and Yogesh Brar point to a design closely resembling the OnePlus 10 Pro. The large camera module dominates the rear, while on the front, the “major” change is the relocation of the selfie camera to the center of the screen. Appearances deceive, however — the OnePlus 10T will reportedly have a plastic frame instead of aluminum, though the back will still be made of glass. The choice of plastic is curious, given the 10T is superior to the 10 Pro when it comes to some specs.

The OnePlus 10T will be available in Moonstone Black and Jade Green. The former color, along with a sandstone-style finish, made an appearance in the official event poster (seen in the release date section).

The OnePlus 10T will reportedly retain the same display size as the OnePlus 10 Pro but will downgrade the resolution to FHD+ (1,080 x 2,412 pixels), resulting in a slightly lower pixel density. The 120Hz display will also have flat edges, unlike the 10 Pro.

The 10T will get the latest-and-greatest processor from Qualcomm. OnePlus revealed that the Snapdragon 8 Plus Gen 1 will indeed power the phone, making for a more battery-friendly version of the Snapdragon 8 Gen 1 seen in the OnePlus 10 Pro. The Plus chip also offers minor CPU and GPU speed boosts (~10% clock speed gains), so the OnePlus 10T should technically deliver faster speeds than the Pro device.

Rumors also point to a 4,800mAh battery and 150W wired charging speeds. The former is a little smaller than the OnePlus 10 Pro’s 5,000mAh battery, while the charging wattage is a major step up on paper over the Pro’s 80W or 65W speeds.

The new processor will be coupled with 8GB of RAM and 128GB of storage in the base version. Souped-up versions with more RAM and storage will likely be available as well.

OnePlus also revealed on July 22 that the phone will come with a 50MP IMX766 main camera with optical image stabilization. This is the same sensor used for the Oppo Find X5 Pro and Nothing Phone 1‘s main cameras. The company added that you should expect an ultrawide camera and macro lens, rumored to be 8MP and 2MP respectively.

Unfortunately, OnePlus confirmed that the 10T won’t have Hasselblad tuning and branding. The company said this was because it wanted to offer “an ultimate performance flagship smartphone experience at the device’s chosen price point.” It suggests that Hasselblad branding and tuning would increase the price of the phone, or that it simply didn’t want to spend more cash than necessary on the phone’s cameras.

What will the OnePlus 10T prices be?

It’s not clear yet how OnePlus plans to position the OnePlus 10T against the OnePlus 10 Pro. The improved processor points to a higher price point, but the plastic chassis and lower-resolution screen would give the company room to hit a lower price.

There’s also a chance the new OnePlus phone will be slightly cheaper. A Snapdragon 8 Plus Gen 1 phone sold for around $700—$800 would make a strong impression in the crowded high-end bracket.

However, rumored specs also point to budget-tier secondary cameras, while there’s no word on an IP rating or wireless charging. We could see OnePlus going more aggressive on pricing if the latter two features are missing.

OnePlus 10T series: What we want to see

Now that we’ve listed the OnePlus 10T rumors, here’s what we’d like to see from the next flagship phone from OnePlus.

Better build and an IP rating for all

Our review called the OnePlus 10 Pro’s design “unrefined” due to its excessive branding and unpleasantly sharp buttons and seams. Those are issues you wouldn’t expect on a high-end smartphone in 2022. It remains to be seen how the OnePlus 10T will feel in hand, but the switch to plastic doesn’t bode well for the user experience. We already know the alert slider is going away too.

While we’re discussing the phone’s construction, we’d like to see OnePlus finally include an IP rating as a default feature for all versions of its high-end phones. That’s coming after the company made the baffling decision to drop the IP rating from all OnePlus 10 Pro versions except the one sold by T-Mobile. And no, assuring users that the phone is durable without actually certifying the phone as water-resistant isn’t good enough.

We know the OnePlus 10T won’t have an alert slider, but what about an IP rating or refined build quality?

One of the weaker parts of the OnePlus 10 Pro is the ultrawide camera. The problems stem from the small size of the Samsung JN1 sensor used in the ultrawide camera. A smaller sensor means less light is captured, which in turn means the camera tends to struggle with noise levels, brightness, and dynamic range, especially in low-light settings. The 150-degree field of view on this camera is a cool party trick but not really useful to most users.

OnePlus has confirmed that an ultrawide camera will be returning, packing a 119.9-degree field of view. There’s no official word on the resolution though, but rumors point to an 8MP shooter. That sounds like a budget-tier camera, but we hope it’s still better than the OnePlus 10 Pro ultrawide.

Software used to be OnePlus’ strong suit, but ever since parent company Oppo decided to merge Oxygen OS with Color OS, it’s been a mess. Oppo backtracked on that decision, but it’s obvious that Oxygen OS has lost focus and direction.

Inconsistencies, small and large, are marring the user experience on the OnePlus 10 Pro, so we hope the OnePlus 10T will fix some of these issues. Examples include weird differences in font sizes across different sections of the OS, longstanding bugs, and Color OS UI elements that feel tacked on top of an Oxygen OS base. Cleaning up some of these issues would go a long way towards restoring Oxygen OS’ reputation.

What do you want most from the OnePlus 10T?

How Riverdale’s KJ Apa & Vanessa Morgan Bond Over Being Parents