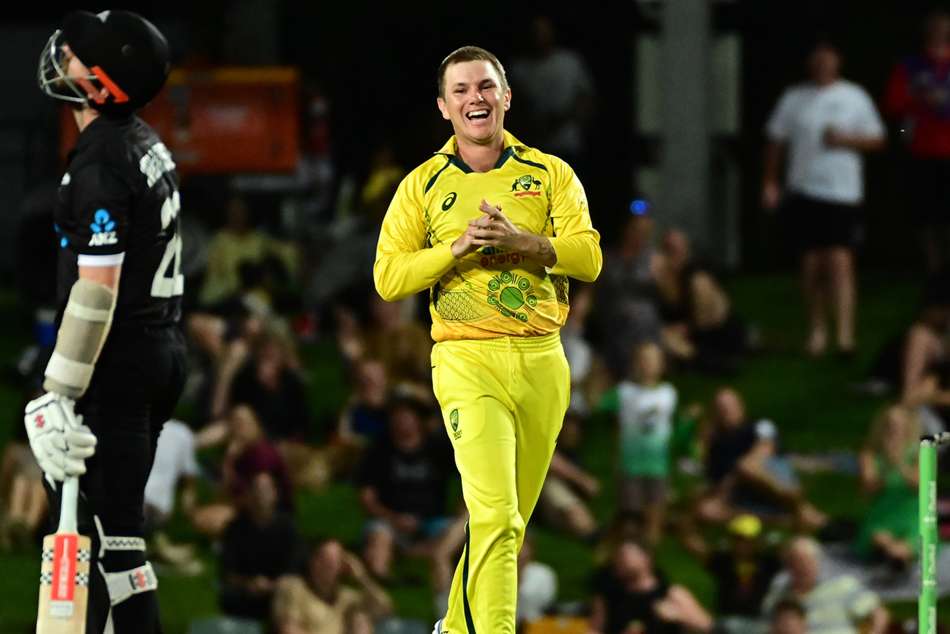 The hosts made light work of the team at the top of the ICC rankings to get their hands on the Chappell-Hadlee Trophy.

After rallying in the closing overs to reach 195-9 in their innings, Australia rattled through a New Zealand batting line-up experiencing a collective off-day.

This was the second contest of a three-match series being staged in Cairns, and Australia were in early disarray at 26-4 after Matt Henry and Trent Boult each struck twice with the ball. Aaron Finch and Marcus Stoinis both departed for ducks, while David Warner and Marnus Labuschagne made five runs each.

Alex Carey followed for 12 as Mitchell Santner got in on the wickets, before Steve Smith and Glenn Maxwell put on the first substantial partnership, a cautious alliance of 49 for the sixth wicket.

Maxwell (25), Sean Abbott (7) and Smith, whose 61 was the key contribution, fell in quick succession, and when Boult had Zampa caught on the drive by James Neesham, Australia were tottering on 148-9, with six overs remaining.

Mitchell Starc (38no) and Josh Hazlewood (23no) rescued that dicey situation by adding an unbroken 47 for the final wicket, turning the momentum in Australia’s favour, and it had swung decisively when New Zealand made their own dismal start with the bat.

The visitors’ top order offered feeble resistance, crumbling to 38-5, with captain Kane Williamson top-scoring among those early victims with 17 before being dismissed lbw by a full toss from spinner Zampa.

It was 46-6 when Neesham clipped Stoinis to Finch at midwicket, and 54-7 when Starc had Michael Bracewell caught by a diving Maxwell at gully. Zampa wiped out the tail to complete figures of 5-35.

Mitch Starc: “That’s probably as clinical as I’ve seen our group with the ball for a long time.”

A tremendous effort by the bowlers in Cairns as our men’s team defeat New Zealand! #AUSvNZ pic.twitter.com/xgMzhuTisN

Boult’s bowling in his 98th ODI appearance had Australia tied up in knots again, after he took 4-40 in a losing cause in the first match. This time, figures of 4-38 mean he has taken hauls of four or more wickets in consecutive ODIs for the first time in his career.

Again, it was a performance that went unrewarded, with New Zealand left to seek a consolation win in Sunday’s final match of the series.Z

Starc took 2-12, while Abbott remarkably finished with 2-1 from five overs, but it was Zampa who brought home the win, prising out Tim Southee, Henry and Boult to complete his five-for. The 30-year-old Zampa posted ODI career-best figures, having previously managed four four-wicket hauls.

Zampa told Fox: “It was a nice night. I didn’t bowl my best to be honest. The full toss to Kane, the ball didn’t come out as well as I’d have liked, but sometimes it’s like that.”

Playing down his own performance, he said he “reaped the rewards” after the likes of Starc and Abbott made early inroads, but considered it a victory worthy of celebration.

“It feels good to win any series, but particularly against the number one team in the world,” Zampa said. “They’re the benchmark at the moment, so it feels good.”

Did Gehlot drink charanamrit with mask on? No, BJP leaders shared clipped video