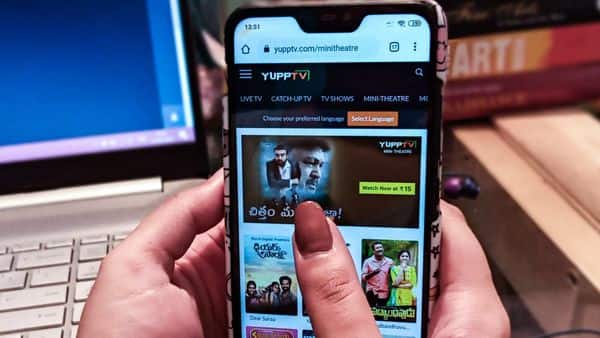 NEW DELHI: YuppTV, the over-the-top (OTT) video streaming platform for South-Asian content, on Tuesday said it has acquired the rights for Dream11 Indian Premier League 2020 for a total of 60 matches. The tournament will kick-start on 19 September in UAE with the clash between Mumbai Indians and Chennai Super Kings.

The streaming platform has signed a deal with the official broadcaster of the league Star India for the telecast of the live matches across more than 10 international markets. It includes Australia, Continental Europe, Malaysia, South East Asia (except Singapore), Sri Lanka, Nepal, Bhutan, Maldives, Central Asia, Central and South America.

Star’s own OTT platform Disney+ Hotstar is not available in these markets which has led to this partnership.

Uday Reddy, founder & CEO of YuppTV, said, “The live experience of the IPL, dedicated technology viewing experience and instant virtual experience will enhance this year’s tournament for fans, albeit from the safety of their homes instead of crowded stadiums. The rights will also help YuppTV witness skyrocketing viewership.”

YuppTV offers more than 250 TV channels, 3000 movies, and 100 TV shows in 14 languages. IPL rights is expected to enhance traction on the platform.

There has been a steady increase in digital viewership of IPL over the years. Disney + Hotstar said a total of 300 million viewers had logged on to its video-streaming platform to watch the 12th edition of the T20 tournament last year, a 74% jump in watch-time from 2018.