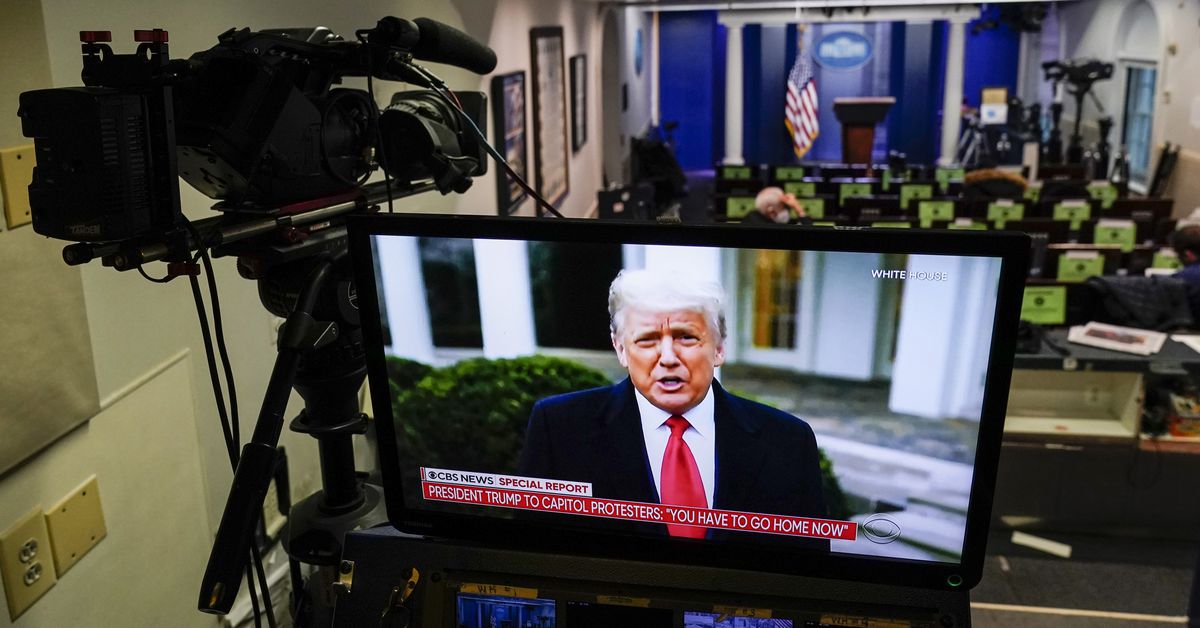 “After careful review, and in light of concerns about the ongoing potential for violence, we removed new content uploaded to the Donald J. Trump channel and issued a strike for violating our policies for inciting violence.” YouTube says in a statement to The Verge. “As a result, in accordance with our long-standing strikes system, the channel is now prevented from uploading new videos or livestreams for a minimum of seven days — which may be extended.”

YouTube is also indefinitely disabling comments on Trump’s videos due to “ongoing concerns about violence,” which it says it’s done in the past to other channels with “safety concerns found in the comments section.”

Previously, YouTube removed one of Trump’s videos that addressed a mob attack on the Capitol and also contained widespread misinformation about the election results. YouTube instituted a new policy in December prohibiting content of any kind designed to spread misinformation about the outcome of the 2020 election by promoting false theories about fraudulent votes or other unverified claims.

YouTube isn’t the only company taking a harsher stance against President Trump after yesterday’s attack and in the lead up to President-elect Joe Biden’s inauguration. Twitter banned the president outright last week. Facebook initially prevented Trump from posting to Facebook and Instagram for 24 hours, before CEO Mark Zuckerberg announced even stricter measures on Thursday morning that include indefinitely suspending his account for at least the next weeks.