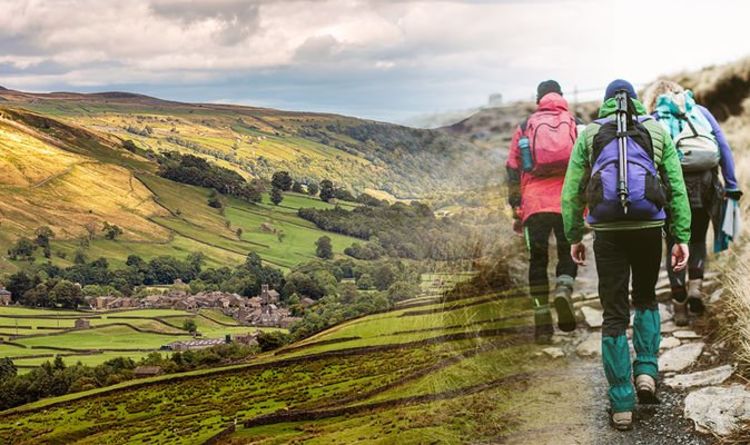 UK holidays can sometimes get overlooked in favour of foreign destinations. However, news from travel platform Tripadvisor has highlighted what a great hotspot Britain is in its own right. The winners of its Travellers’ Choice Best of the Best Awards for Destinations were revealed today.

The Yorkshire Dales National Park was awarded the best national park in the whole of Europe.

What’s more, it was named the 11th best national park in the world.

The Yorkshire Dales website shares insight into why the area is such a wonderful destination.

“The Dales is famous for its wonderful scenery,” it explains.

“Deep valleys, known as dales, with roads meandering between drystone walls and a patchwork of hay meadows and field barns.”

Arguments? Billions are held in the kitchen

All You Need to Know About Liver Health

The site continues: “Up above is heather moorland and distinctive hills, such as the much loved Three Peaks.

“There is the historic Settle to Carlisle railway which cuts through the National Park using tunnels and viaducts, including the iconic Ribblehead.

“Whilst here, most people will go for a short walk, or take to two wheels to go cycling or mountain biking.

“After working up an appetite, why not try some Wensleydale Cheese or go on a sampling tour at one of our breweries.”

Tripadvisor spokesperson, Hayley Coleman, said of the new National Parks category: “With indoor activities mostly off the table in 2020, travellers headed for the great outdoors and according to a recent survey of Tripadvisor travellers, more than half (52 percent) say they are more likely to take an outdoor or nature trip than they were before the pandemic.”

In further UK success, Cornwall’s St Ives was named fifth in the world’s Emerging Destinations list — the places travellers want to visit next, and is the only UK destination to be featured.

In another victory for Yorkshire this year, York ranks 22nd in the world’s top Trending Destinations.

This category recognises destinations that saw the biggest increase in positive ratings and reviews over the last year, meaning they actually grew in popularity during the pandemic.

It wasn’t such good news for London, though. Top spot as the most popular destination in the world last year, the capital was shunted to second place this year after Bali took the crown.