X-Men: How Nightcrawler Learned He Was Mystique’s Son 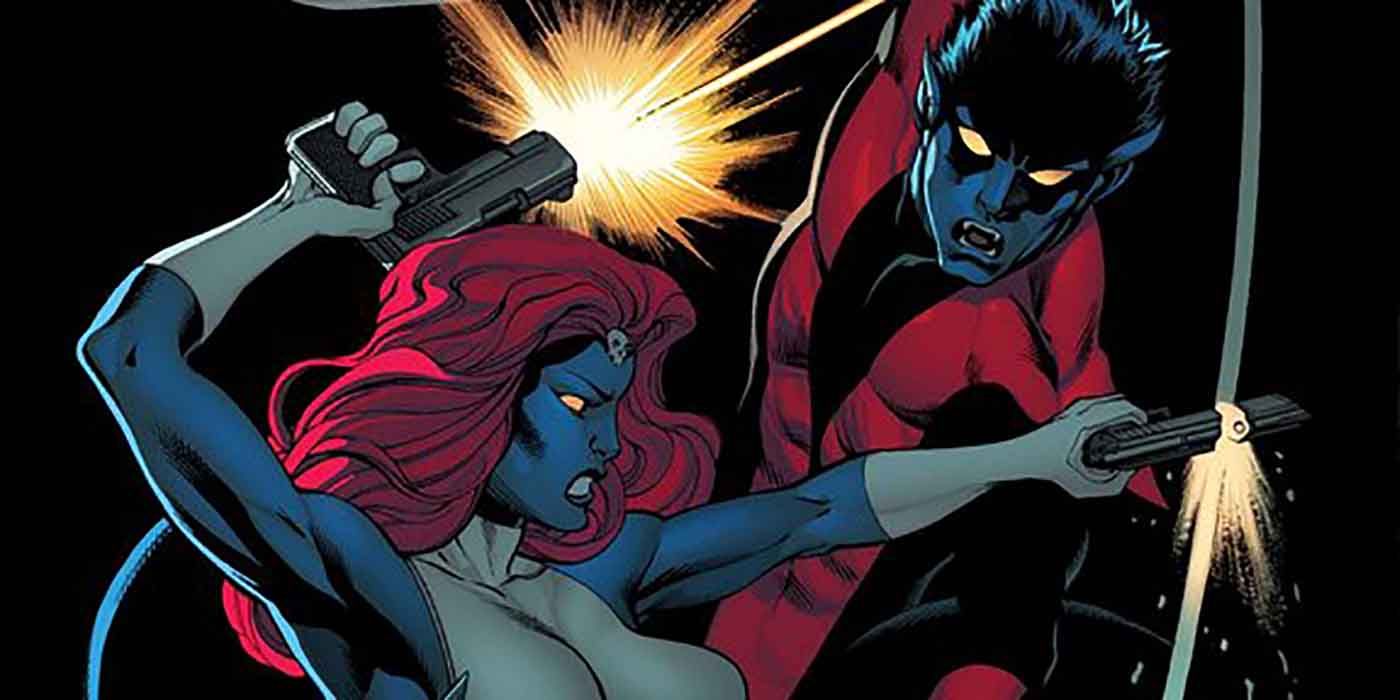 Here’s how Nightcrawler learned that one of the X-Men’s deadliest foes was his mother.

Nightcrawler is one of the more well-adjusted X-Men in spite of the adversity he’s faced in his life. He’s frequently the best they have to offer, but unfortunately, that doesn’t make him immune from family drama.

Long before he learned about his demonic parentage in Chuck Austen’s infamous Uncanny X-Men run, Kurt Wagner had to grapple with the knowledge that his mother was one of the X-Men greatest enemies.

Related: X-Men: A Forgotten Mutant Powerhouse Is FURIOUS With Krakoa

Nightcrawler was raised by the sorceress Margali Szardos. He didn’t cross paths with his birth mother until 1981’s Uncanny X-Men #142, the second part of the legendary “Days of Future Past” by Chris Claremont, John Byrne and Terry Austin. During the story’s climax, Nightcrawler fights Mystique, who copies his appearance.

A strong blow partially breaks Mystique’s illusion, revealing half of her true face. When Nightcrawler remarks that they share a resemblance, Mystique calls him by his real name and tells him to ask Margali about it. This confused Nightcrawler, allowing Mystique to escape from capture after her failed assassination attempt on Senator Robert Kelly.

Years of hints about Nightcrawler’s heritage and false starts behind the scenes followed. That included Claremont’s pitch to make Mystique Nightcrawler’s biological father and her lover Destiny his mother. This idea was reportedly rejected by Marvel for being too controversial.

Their true connection was finally revealed in 1994’s X-Men Unlimited #4, by Scott Lobdell, Richard Bennett and Steve Moncuse. A member of the U.K. based Excalibur at the time, Nightcrawler was summoned to the U.S. by Forge, who was working as the U.S. Government’s Mutant Liaison Officer.

Related: The X-Men Have a PERFECT Plan to Save Marvel’s Mutant VIPs from King in Black

After a brief encounter with an abusive father, Nightcrawler meets up with Rogue, who leaves him tongue-tied. Neither knows why Forge paired them together, but they do find out when Mystique sets off a bomb at a funeral. She was trying to send a message to her estranged son (and future mutant-hating presidential candidate) Graydon Creed, who hired Sabretooth to kill her.

While Rogue deals with the bomb, Nightcrawler teleports Mystique away from the chaos she’s caused. During a brief conversation, Mystique calls it a “family matter” before chiding Nightcrawler for never following up on what she told him when she met him for the first time.

After knocking the wind out of him, she tells Nightcrawler to “come home” for answers. Rogue and Nightcrawler make a brief detour to Forge’s office. When Nightcrawler asks Forge about Mystique’s hints he refuses to elaborate, telling Nightcrawler it’s not something he should learn from a mission debriefing.

The duo eventually headed to Rogue’s hometown of Caldecott, Mississippi in search of Mystique. They split up, with Nightcrawler searching the home she shared with Mystique and Destiny. A flashback to his time in the circus is interrupted by Creed, who finally reveals what Mystique and Forge refused to spell out; Mystique is Nightcrawler’s birth mother.

Related: X-Men: Marvel’s Hellfire Gala Is Set to Be Reign of X’s Most PIVOTAL Event

Creed would go on to relay information he learned about Nightcrawler’s birth from an investigator. Nightcrawler’s father was a German count who died under mysterious circumstances. Mystique was able to live a life of luxury until Nightcrawler was born, in all of his blue-skinned, two-fingered glory.

Mystique was brutalized for giving birth to an apparent demon. By changing into her true form, Mystique bought her enough time to escape from the mob, but she tripped and fumbled her newborn. Rather than fight for him, Mystique escaped, leaving him at the mercy of her attackers.

Mystique would reveal, to who she thought was Creed, that she was the one who threw Nightcrawler off the cliff. Out of self-preservation, she shapeshifted into a local farmer and claimed to have hurled the child’s mother to her death.

Mystique gloated about her duplicity until Nightcrawler revealed that he was using an image inducer to pose as Creed. She wound up showing a softer side at the end of the issue, sacrificing herself so Rogue would save Nightcrawler from a perilous fall.

A future iteration of Nightcrawler’s origin story, 2010’s X-Men Origins: Nightcrawler, contradicted Creed and Mystique’s claims. It showed Mystique placing Nightcrawler gently in a river instead of tossing him off a cliff.

When Nightcrawler came back from the dead, Mystique was an uninvited guest at his welcome home party in 2014’s Amazing X-Men #6 by Jason Aaron, Cameron Stewart and Rachelle Rosenberg. It wasn’t a happy reunion. She used Nightcrawler to find Azazel and attempted to kill him. It’s a prime example of how even the most agreeable X-Men can come from a dysfunctional family.

Iron Fist Got DESTROYED By the MCU’s Next Major Villain

Robert Curran lives in Deep South Texas. He is a life long fan of comic books, video games, and pro wrestling. He spent five years in the trenches of his local comic book shop. His work has appeared in WWE Magazine (when WWE had a magazine), Comics Should Be Good, and Inside Pulse.