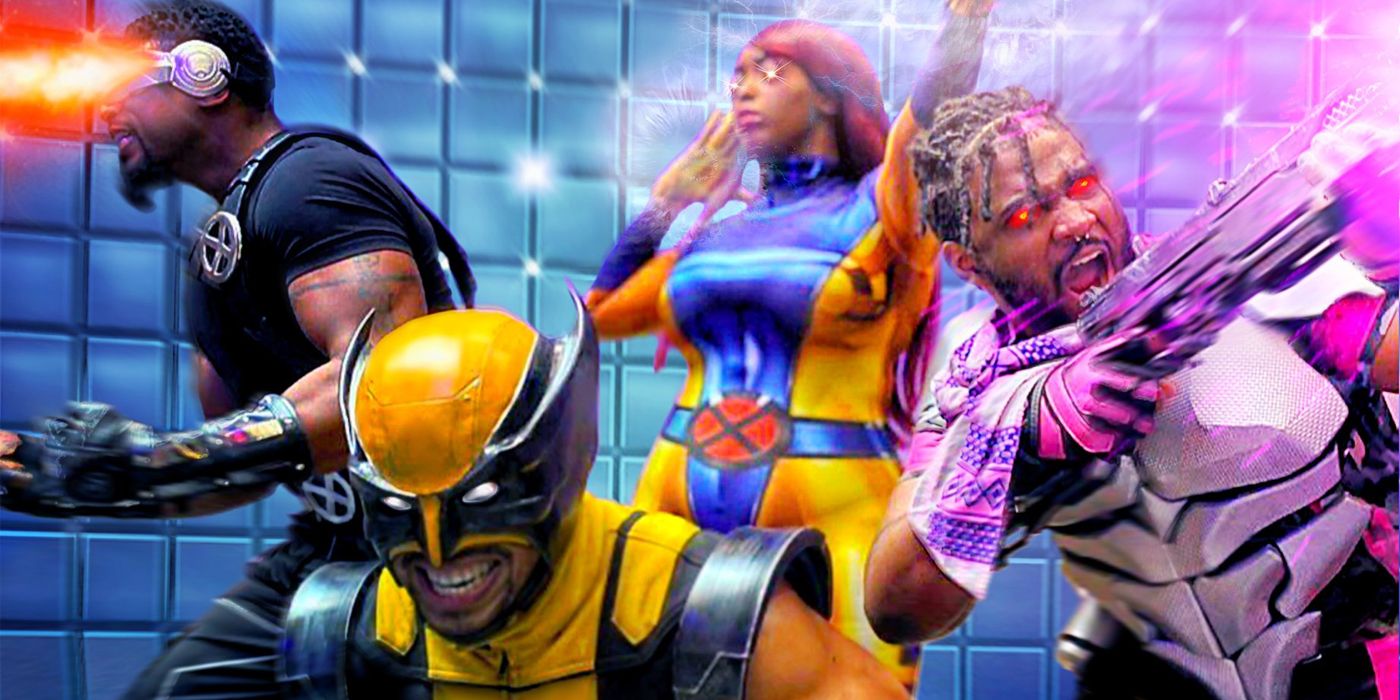 A cosplay quartet brings to life the X-Men and imagines the Marvel team facing off against a mutant-ending threat, the Sentinels, in a ruined city.

An impressive cosplay edit pits four of the X-Men against giant Sentinels.

Posted on Instagram by cosplayer Mike Washington (@mikedastardly87) is an edited image of Washington and fellow cosplayers Chris D. (@mrtetriscosplay), J. Larae (@nursejbecky) and Demetrius S. Holt (@hellspawned_cosplay) as Wolverine, Bishop, Jean Grey and Cyclops, respectively. The photo originally captured by Nikia Renee has been turned into a sight out of a comic book, as the X-Men cosplayers are powered up to fight Sentinel robots that tower over them in a ruined cityscape.

Marvel’s Sentinels Are Designed to Hunt the X-Men

The cosplay imagines how X-Men: Days of Future Past (2014) could have looked if the film opted to use the X-Men’s more comic-accurate wardrobes (and both Jean and Scott Summers were actually alive in the movie). The film adapts the comic storyline from The Uncanny X-Men revolving around a dystopian future where mutants are incarcerated, and the world is overrun by Sentinels. First appearing in 1965’s X-Men #14, the Sentinels were created by Dr. Bolivar Trask to hunt down mutants, the scientist believing them to be a threat to humanity. In Days of Future Past, Trask was portrayed by actor Peter Dinklage.

While the four cosplays embody the heroes’ classic counterparts, these four characters have had different looks over the years, and sport new attire in modern X-Men comics as well. For example, Jean Grey has been wearing a green dress in the recent X-Men title, while Cyclops has been sporting a full suit (and has even had an alternate “Captain Krakoa” look) as opposed to the sleeveless costume worn by Holt. The last two years of X-Men titles have also introduced the mutant celebration known as the Hellfire Gala, a party that has occurred twice and given many Marvel heroes and mutants fancy dress attire.

RELATED: X-Men: All Of Marvel’s Omega-Level Mutants, Ranked By Power

The X-Men Are at War With the Avengers and Eternals

The X-Men also have to worry more about the Eternals as opposed to the Sentinels, as of writing. The Eternals are out to destroy mutantkind in the A.X.E.: Judgement Day event written by Kieron Gillen with art by Valerio Schiti, viewing the X-Men as the new Deviants. The Avengers are caught in the middle of the conflict between the two teams, which is set to end when A.X.E.: Judgement Day #6 releases in Oct. 2022. The event will feature tie-ins from numerous other titles beyond the main miniseries though.