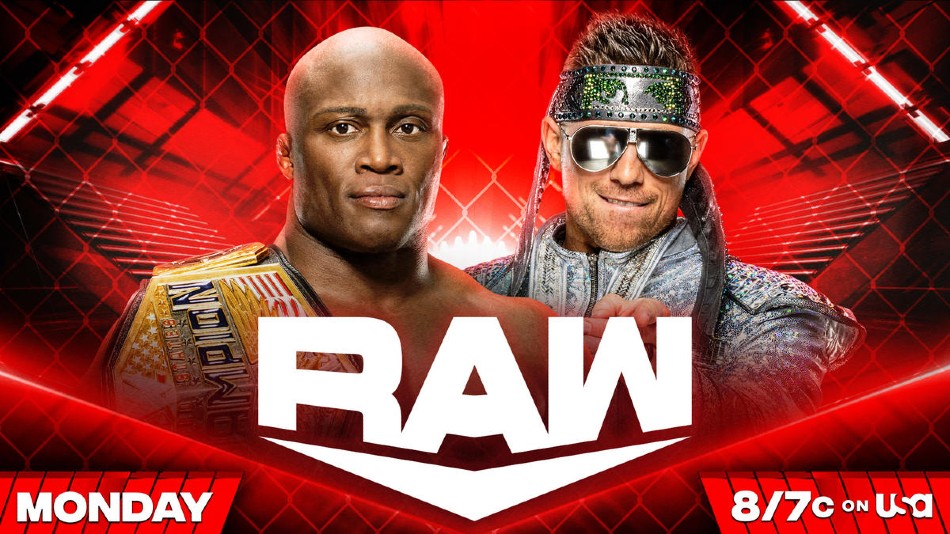 A new challenger for the Raw Women’s Championship should be announced on tonight’s Monday Night show after the title-holder suffered a rare pin-fall loss.

Plus, a Steel Cage Match has been announced to be the headliner of the September 5 Monday Night Raw that airs from the T-Mobile Center in Kansas City, Missouri.

Edge and Rey Mysterio had memorable time-travel at Clash at the Castle after teaming up as a pair after two decades. Rey also allowed his former tag partner to be a Luchador for a one-off occasion to which the UK audience gave a thunderous ovation.

Thanks to Dominik Mysterio’s ringside distraction, the veteran duo ended up defeating Judgment Day’s Finn Bálor and Damian Priest. A 619 from Dom’s father and a Spear by Edge were enough to put away the two heels.

The happy ending didn’t last long as Dominik shocked Cardiff, Wales by kicking Edge below the belt after the match. His father tried to calm him down, but he was met with a vicious clothesline from the newly turned heel of the red brand roster.

Reacting to the attack, Edge noted on Twitter that he will be on Raw to possibly demand an answer from the young Mysterio about his shameful actions. Here’s what the 48-year-old superstar posted:

“Cardiff. The UK. Thank you. Tonight you gave me something that will live in my heart forever. I think you can see what it means to me. We’re in it together. And I got to pay respect to Rey and be a luchador for a minute. Ok, now that I got that off my chest. See ya, Monday Dom.”

Cardiff. The UK. Thank you. Tonight you gave me something that will live in my heart forever. I think you can see what it means to me. We’re in it together. And I got to pay respect to Rey and be a luchador for a minute. Ok, now that I got that off my chest. See ya Monday Dom. pic.twitter.com/3MMkG2tQKe

The team of Bayley, Dakota Kai, and IYO SKY must be thankful to the extremely riled-up Cardiff crowd as they managed to pick up a dominant win over the team of three superstars who have been both WWE Raw/Smackdown Women’s Champions.

Despite having all the experiences, Bianca Belair, Asuka, and Alexa Bliss came up short against the heel team now going by the name of Damage Control. Led by Bayley, they put up incredible teamwork to isolate Belair from her teammates.

SKY got Kai out of harm’s way as Bayley hit the Rose Plant on Belair. SKY then jumped off the top rope with the Moonsault allowing Bayley to pin the Raw Women’s Champion in a fair and square manner.

With this win, Damage Control lived up to their team name as they overcame the loss to Raquel Rodriguez and Aliyah in the WWE Women’s Tag Team Championship Tournament Final. Besides, Bayley’s non-title pin over the current Raw Women’s Champion should earn her a title shot, down the road.

In the only confirmed match for this week’s episode of WWE Raw, The Miz will challenge Bobby Lashley for the United States Championship inside a Steel Cage structure in the potential main event of the night.

Last Monday, we had the same lineup for a non-title match where Miz and his cohort Ciampa outsmarted the champion. The Hollywood A-Lister gained the advantage in the match and was on the verge of putting away The All Mighty with the Skull-Crushing Finale.

Before the move could be hit, The Miz suddenly spotted Dexter Lumis in the crowd. Capitalizing on the momentary distraction, Lashley applied the Hurt Lock and forced Miz to tap out to the submission.

Away from the fireworks for Clash at the Castle, The Miz was enjoying a vacation with his wife, Maryse. But he found time, over the weekend to post a video on Twitter, claiming that he had the US Champion beat if it wasn’t for the distraction.

Moving on, the two-time Grand Slam Champion demanded a rematch for the United States Title where he didn’t have to worry about distractions: a Steel Cage Match. Lashley was quick to accept the challenge and thereby make the match, official.

The All-Mighty is now poised to deliver “The Most Must-See Hurt Lock in WWE History” inside the unforgiving structure. Can he stay true to his promise or does the ever-cunning Miz have something hidden in his sleeves? We’ll find out on Raw.