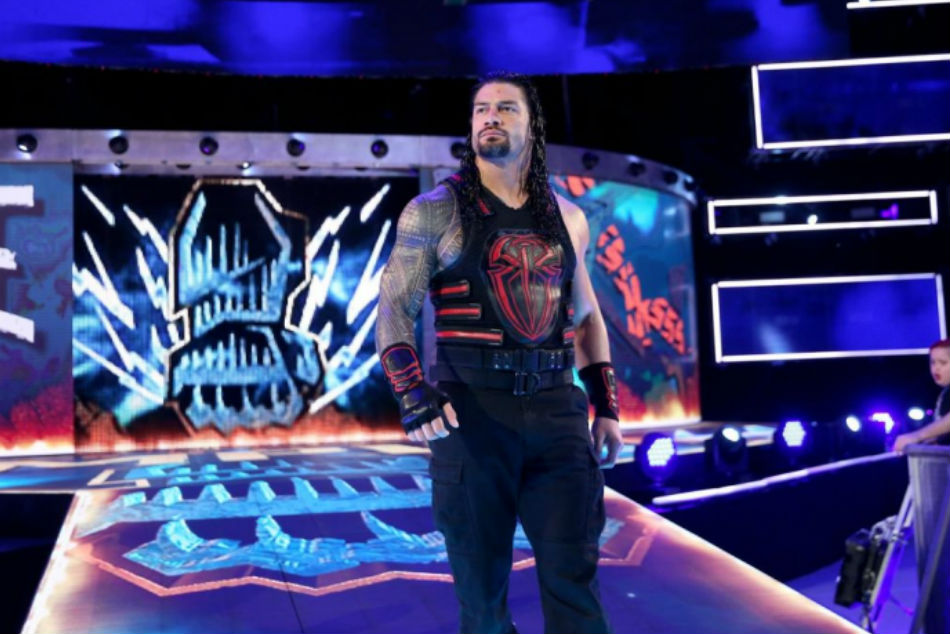 Bengaluru, Jan. 29: This week’s Smackdown was the final stop before Royal Rumble 2022 where The Universal Champion Roman Reigns had some heated arguments with his current challenger.

A former Women’s Champion made her return to the show to declare her Rumble entry to make things interesting. WWE Official Sonya Deville returned to action to get upstaged by Naomi.

Also, Raw Superstar Big E was in attendance for a tag team match of the show that took place at the T-Mobile Arena in Kansas City, Missouri.

Check out the recap and results from the January 28 episode of Friday Night Smackdown on FOX:

– SmackDown Women’s Champion Charlotte Flair kicked things off by saying that she will win the Women’s Royal Rumble 2022 Match, on Saturday night.

Shayna Baszler, Aliyah, Natalya, and Shotzi came out and claimed that they will win the melee but Charlotte doubted their capability.

Sasha Banks returned in a surprising capacity in a big pop from the audience. She declared herself for the Women’s Rumble match.

A brawl broke out among all women. Naomi took out Aliyah to leave Flair and Banks in the ring. Banks stood tall by dumping Flair over the top rope.

– Sheamus and Ridge Holland defeated Cesaro and Ricochet in a tag team match in the opening contest of Smackdown. Holland hit Cesaro with his face-mask and then dropped him with the Northern grit finisher to get the pin to win.

– Naomi defeated Sonya Deville in a much-anticipated singles bout to seek her redemption on the WWE Official. Deville tried to cheat her way to the victory by pulling her opponent’s tights but Naomi kicked out of the attempt. Naomi then connected with the rear-view for the win.

– In a backstage segment, SmackDown Tag Team Champions The Usos said that they are not impressed with the current challenges, The Viking Raiders. Viking Raiders appeared and pulled out axes as they looked forward to cutting the Championships in halves.

– Jinder Mahal and Shanky appeared on Sami Zayn’s InZayn segment, which was hosted as a podcast. WWE Intercontinental Champion Shinsuke Nakamura and Rick Boogs interrupted the scene to ensue a brawl which led to a tag team match.

– WWE Intercontinental Champion Shinsuke Nakamura and Rick Boogs defeated Jinder Mahal and Shanky in the next match. Boogs dropped Shanky with the Polish Hammer and then powered him up into the Boogs Cruise slam for the pin to win.

– The New Day – Big E (E was declared as a Smackdown roster member in a pre-match backstage interview) and Kofi Kingston defeated Happy Corbin and Madcap Moss in a tag team match. Kofi kicked out of a Deep Six after Moss went for the pin.

Corbin tried to interfere but Big E sent him into the steel ring steps. Moss ran into Kofi’s boot as Big E got the tag and hit Midnight Hour for the pin to win.

– In the main event segment, WWE Universal Champion Roman Reigns and Seth Rollins came face-to-face before their title match at The Rumble.

Seth pointed out how Roman has lost to Seth in two world title matches in the past (WrestleMania 31 and Money In The Bank 2016). He also reminded Roman how The Tribal Chief may be the greatest of this generation, but he has never defeated Seth when it mattered the most.

Roman then reminded that it’s 2022 and he’s in a God Mode. Plus, he won’t forgive Seth for breaking up The Shield. Seth then laughed at Reigns and claimed that all The Bloodline and his title reign have become a joke.

“What about the time I took a steel chair to your back and changed the game forever?”#SmackDown @WWERollins @WWERomanReigns pic.twitter.com/mfzPNHL58Y

“What about the time I took a steel chair to your back and changed the game forever?”#SmackDown @WWERollins @WWERomanReigns pic.twitter.com/mfzPNHL58Y

Roman got angry and tried to hit Rollins with a Superman Punch from behind, but Rollins dodged the move. The Visionary continued laughing on the ramp to send Smackdown off the air.

How To Avoid Insomnia, Sleep-Related Problems

Experience the Backwaters and Hilltops of Kerala with These…