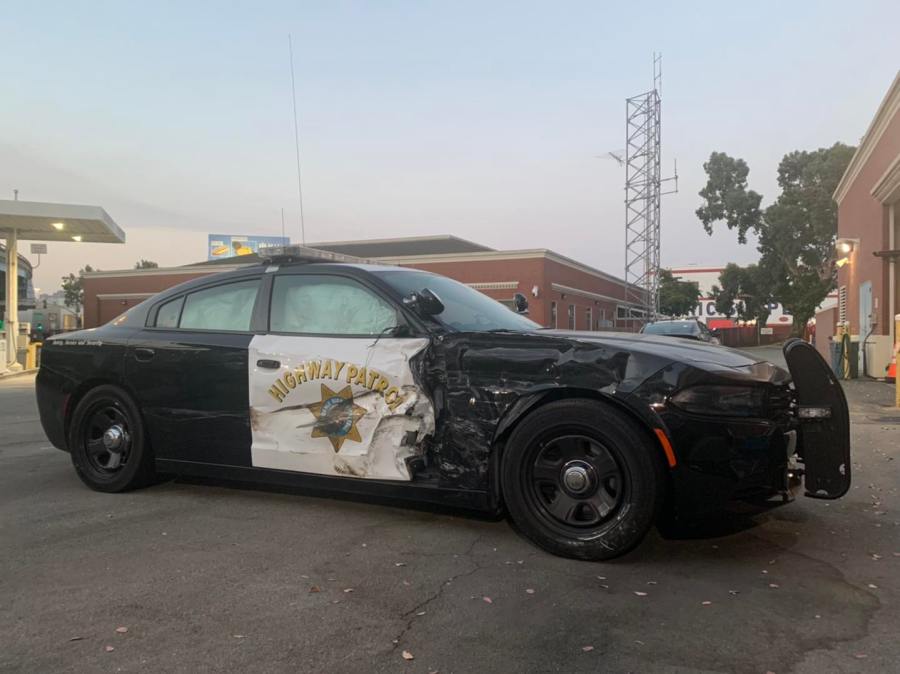 SF parking spot goes on sale for $90K on Redfin

The crash caused injuries to one CHP officer, one citizen and the wrong-way driver. The driver was arrested for felony DUI and is being treated at a local hospital. After he is treated at the hospital, the driver will be booked at the San Mateo County Jail for charges that include felony driving the wrong way causing injury.

CHP officers received 911 calls around 4:07 a.m. that a silver Honda was going northbound in the southbound lanes of I-280 near State Route 92 in San Mateo. Officers then initiated a traffic break on southbound I-280 at Serramonte Boulevard where moments later the Honda, traveling at a “high rate of speed,” tried to drive past patrol cars.

The Honda eventually crashed into the side of the CHP vehicle. A photo posted by CHP (below) shows damage to the car’s front right passenger door.

Authorities did not provide details about the one citizen who was injured. No other details were provided about the third car involved in the crash.

‘Blue Beetle’ Star Is Nervously Excited About the DCEU Blockbuster