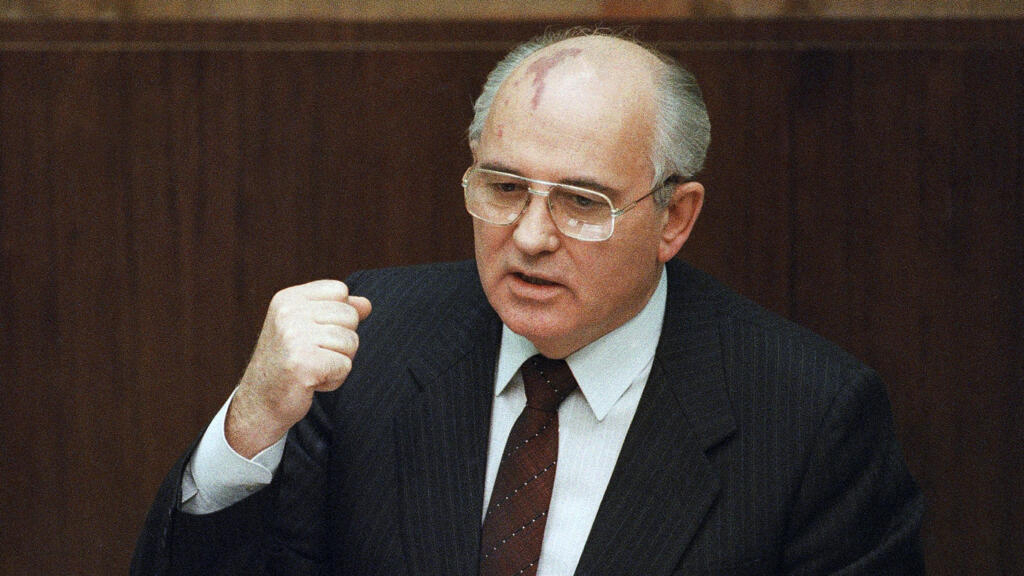 World leaders were quick to pay tribute to Mikhail Gorbachev, the Soviet leader who oversaw the collapse of the USSR and lifted the Iron Curtain, marking a pivotal turning point in world history. Gorbachev died at a hospital in Moscow on Tuesday aged 91.

The passing of Mikhail Gorbachev, the last leader of the Soviet Union and for many the man who restored democracy to then-communist-ruled European nations, was mourned Wednesday as the loss of a leader who changed the world and for a time gave hope for peace among the superpowers.

Here are some of the reactions to his death from across the world.

Guterres in a statement praised Gorbachev as “a one-of-a-kind statesman who changed the course of history” and “did more than any other individual to bring about the peaceful end of the Cold War”.

The statement, which was posted on Twitter, said the world has lost “a towering global leader, committed multilateralist and tireless advocate for peace”.

Mikhail Gorbachev was a one-of-a kind statesman who changed the course of history.

The world has lost a towering global leader, committed multilateralist, and tireless advocate for peace.

Macron praised Gorbachev as a “man of peace” and sent his “condolences for the death of Mikhail Gorbachev, a man of peace whose choices opened up a path of liberty for Russians. His commitment to peace in Europe changed our shared history”.

Biden hailed Gorbachev as a “rare leader” who made the world a safer place.

“These were the acts of a rare leader – one with the imagination to see that a different future was possible and the courage to risk his entire career to achieve it,” Biden said in a statement, referring to Gorbachev’s democratic reforms. “The result was a safer world and greater freedom for millions of people.”

“Mikhail Gorbachev was a man of remarkable vision,” Biden added.

European Commission President Ursula von der Leyen hailed Gorbachev as a “trusted and respected leader” who “opened the way for a free Europe”.

His “crucial role” in bringing down the Iron Curtain, which symbolised the division of the world into communist and capitalist blocs, and ending the Cold War left a legacy “we will not forget”, she wrote on Twitter.

Mikhail Gorbachev was a trusted and respected leader. He played a crucial role to end the Cold War and bring down the Iron Curtain. It opened the way for a free Europe.

This legacy is one we will not forget.

In his tribute to the former Soviet leader, Scholz hailed Gorbachev’s role in bringing about Germany’s reunification.

“We won’t forget that the perestroika had made it possible for Russia to be able to try to undertake the establishment of a democracy, that democracy and freedom were possible in Europe, that Germany could be unified, that the Iron Curtain disappeared,” said Scholz in a statement.

“He died at a time when not only democracy in Russia has failed…but also when Russia and Russian President Putin have dug new graves in Europe and began a terrible war against a neighbour, Ukraine.”

“In a time of Putin’s aggression in Ukraine, his tireless commitment to opening up Soviet society remains an example to us all,” he said in a Twitter post, referring to Moscow’s offensive in its former Soviet neighbour.

I’m saddened to hear of the death of Gorbachev.

I always admired the courage & integrity he showed in bringing the Cold War to a peaceful conclusion.

In a time of Putin’s aggression in Ukraine, his tireless commitment to opening up Soviet society remains an example to us all.

Kishida noted Gorbachev’s important role in the reduction of nuclear weapons held by the Soviet Union and United States, saying he had made “great achievements.”

Sigourney Weaver Can’t Wait To Play a ‘Goofy’ 11-Year-Old in ‘Avatar: The Way of Water’