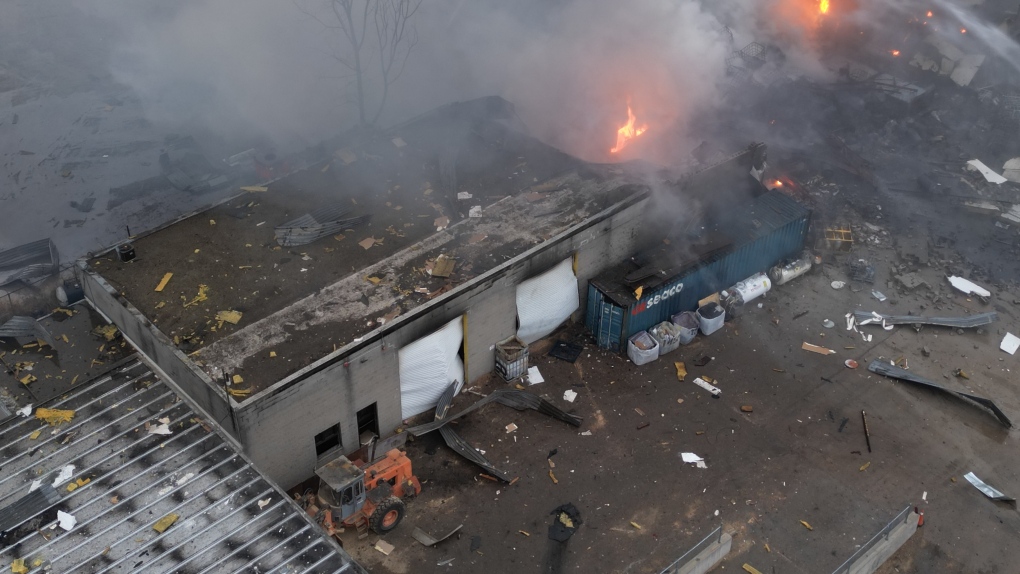 Ryan Konkin was recently engaged and had plans to start a food truck business with his fiancée.

But the St. Catharines resident’s plans for the future were cut short last week following an explosion at the hazardous waste facility where he worked.

“I will miss his big laugh. He was such a kind spirit. He would always be telling people ‘everything is going to be okay.’ I will miss that,” his sister, Nicole, told CTV News Toronto. “He was such a good man.”

Nicole said Konkin’s fiancée had dropped him off at the front gate of Ssonix Products 2010 Inc. on the morning of Jan. 12.

“That was the last time she saw him. As she drove down the road…that’s when the building exploded,” Nicole explained.

The 37-year-old father was working alone at the time and survived the initial blast, according to Nicole, but burns covered more than 90 per cent of his body.

“Somehow he walked away from that and they rushed him to the hospital, he was still conscious and he told the nurse…‘I just opened the door,’” she recalled.

This exclusive photo shows the damage after a massive fire in St. Catharines on Jan. 12, 2023. (CTV News Toronto)

Fire crews said the explosions from inside the facility continued for “a good 45 minutes” while they were on scene and forced a number of nearby homes and businesses to evacuate in the aftermath.

Konkin’s sister started a GoFundMe campaign following his death, which has already surpassed its $10,000 goal by more than $4,000 at time of writing.

Nicole said the money will be used to support Konkin’s fiancée and the business he never got to see through.

“The food truck was just licensed the day before the explosion and will be launching soon,” the fundraiser reads.

Officials are still investigating the cause of the blast at the industrial facility.

In the meantime, they are asking the public and media to stay away from the scene.

Konkin grew up in Yorkton, Sask. and lived in Alberta before moving to St. Catharines in 2011.

That ‘s where he met the woman he fell in love with.

He started working at Ssonix two years ago and one of his coworkers who spoke to CTV News Toronto said he “certainly will be missed.”

This exclusive photo shows the damage after a massive fire in St. Catharines on Jan. 12, 2023. (CTV News Toronto)

“He was the type of guy who would take time from his work to help me out when I had car issues, always offering me a coffee when he was going,” Cindy Witley of Welland, Ont. said in an email. “His kindness showed in all that he did and the stories he told. He was very proud of his family, his job and his community.”

A candlelight vigil will be held on Saturday evening at Lakeside Park.

Tom Hanks Gets Caught in the QAnon Bubble, Because Nothing Is Sacred