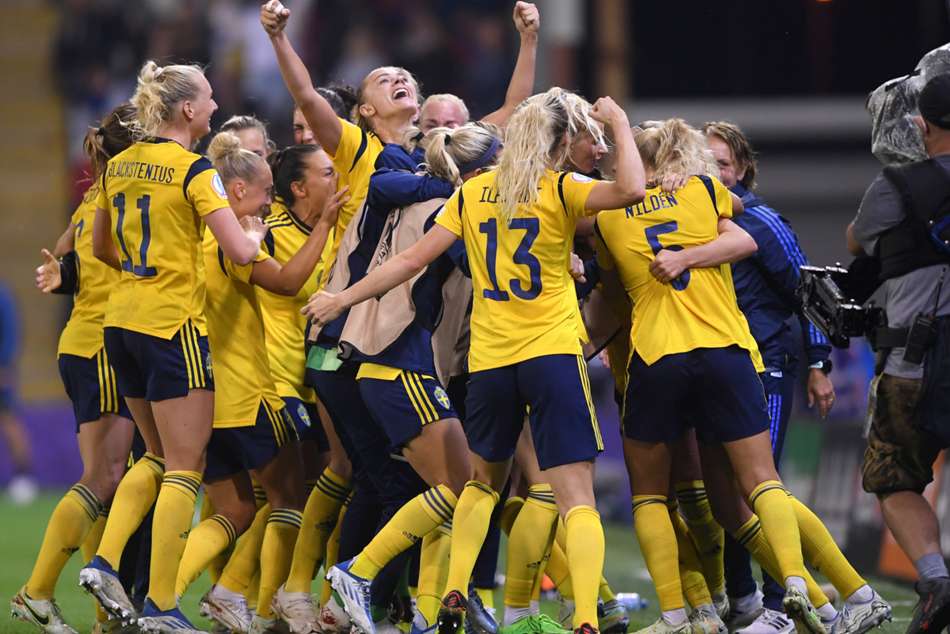 With Sweden’s 33rd and final attempt of the match, Sembrant fired home to break the hearts of a Belgium side who were contesting their first knockout game in Women’s European Championship history.

Peter Gerhardsson’s side will now take on hosts England in the semifinals in Sheffield on Tuesday.

Stina Blackstenius thought she had given Sweden the lead in the 25th minute, but her goal was ruled out for offside following a VAR review.

Belgium mustered just one attempt on goal in the first half and Sweden continued their domination after the interval, but Nicky Evrard’s instinctive save kept Blackstenius’ close-range header out in the 73rd minute.

The Scandinavian side finally found the breakthrough in the second added minute. Belgium failed to defend a corner and although Evrard saved Nathalie Bjorn’s effort, Sembrant turned home on the follow-up.

Jubilant Sweden star Magdalena Eriksson is targeting the scalp of hosts England in the Euro 2022 semifinals and admits it would be fun to “ruin their party”.

Sweden, ranked second in the world by FIFA, have quietly come through the rounds to reach the last-four stage.

Eriksson, who captains Chelsea in the Women’s Super League, is set to face club-mates including Fran Kirby and Millie Bright in Tuesday’s Bramall Lane semi-final clash.

England have reached the final four for a second consecutive Women’s European Championship, and they lost 0-3 to the Netherlands last time.

This time the Lionesses are riding the wave of popular support in England, with a huge audience of 9.1million tuning in on television and online to watch the 2-1 quarterfinal win over Spain.

Quoted in Swedish newspaper Expressen after Friday night’s game, Eriksson said she was relishing the prospect of tackling Sarina Wiegman’s team at the home of Sheffield United.

“It is incredibly special. I was happy when they progressed, it will be an incredibly cool challenge,” Eriksson said.

“We want to do everything we can to ruin their party. They have done well and I know a lot of their players.”

Match-winner Sembrant said it felt “absolutely magical” to get over the line against Belgium and tee up the England clash.

“It will be a hugely exciting match to meet them in England in a semifinal,” Sembrant said. “It will be really cool. Now we have to recover and recharge.”

Halloween: Every Movie In The Horror Series, Ranked

Amazon’s ‘A League of the Own’ Falls Short of a…