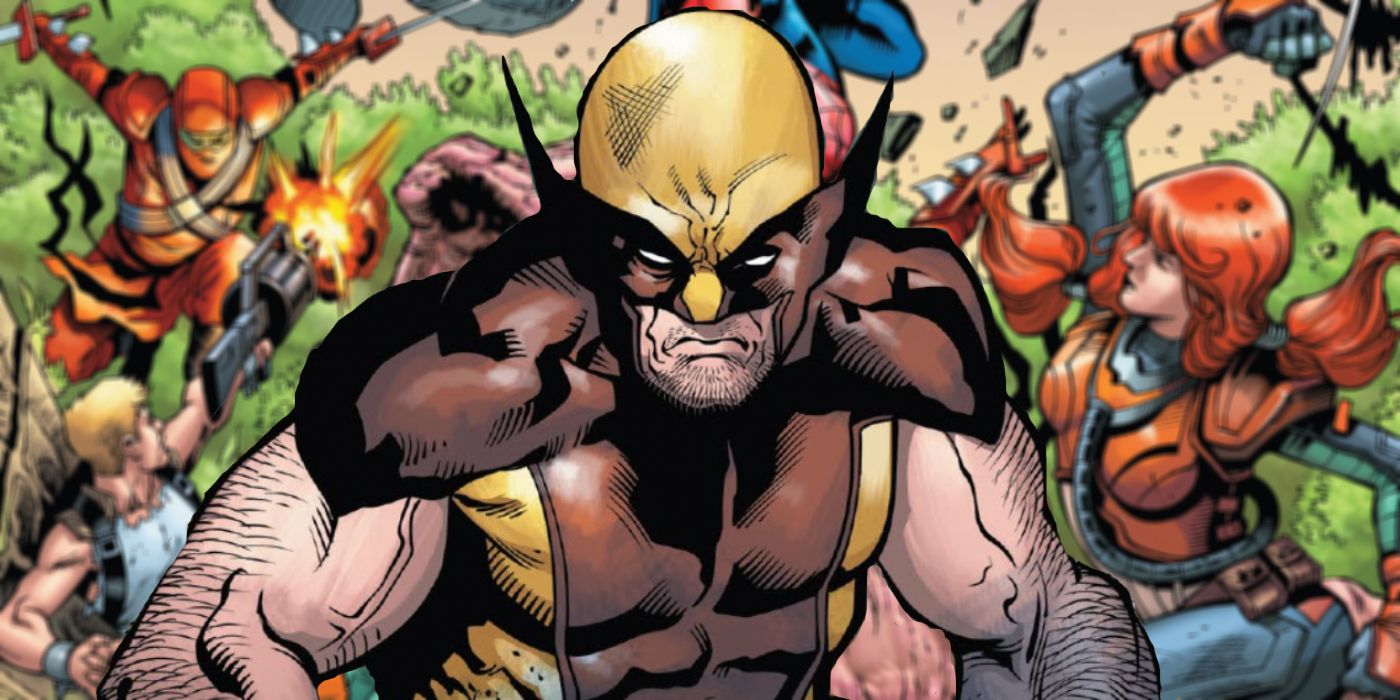 Fortnite x Marvel: Zero War #3 comes from writers Christos Gage and Donald Mustard, penciler Sergio Dávila, inker Sean Parsons, colorist Edgar Delgado and letterer VC’s Joe Caramagna. In the series, a war has broken out on Fortnite Island between the Imagined Order and the Seven and a number of Marvel heroes — including Spider-Man, Wolverine, Iron Man, Shuri and more — have found themselves wrapped up in the battle.

Wolverine, Spider-Man, Shuri, the Imagined and Agent Jones head to the Savage Land to try and find the Zero Shard after it’s stolen by Stegron the Dinosaur Man. While there, the group gathers around a campfire one evening and Wolverine and the Imagined start sharing stories. The two wander off into the woods to continue conversing and the Imagined confines in Wolverine some of her secrets about her father and sister. When Wolverine offers his support, the Imagined grabs him as he’s about to walk away and surprises him with a kiss.

A shirtless Wolverine is later seen lying next to the Imagined later on. The two continue to talk and find more common ground on how their lives are constantly being controlled by other forces. Wolverine tells her there’s always the option to “start over” before telling the Imagined to call him Logan. “I like the fact that you don’t talk much,” the Imagined replies as she goes in for another kiss. When the two later regroup with the rest of the team, Spider-Man jokingly asks if he can start referring to Wolverine as Logan, too, which gets a resounding “no” out of the X-Men hero.

What Comes Next in Marvel’s Fortnite War?

The story continues in Fortnite x Marvel: Zero War #4, which releases Aug. 31 from Marvel Comics. The synopsis for the issue reads, “The most dangerous person in the Marvel Universe has thrown in with some of the most dangerous people in the Fortnite universe. But what does Doom really want? And how far will he go to get it?”

Sasol warns carbon tax could prompt it to scale back operations

Kena: Bridge Of Spirits Anniversary Update Out Next Month Alongside Steam Debut