With a minor tweak in action, R Ashwin warms up with 6/27 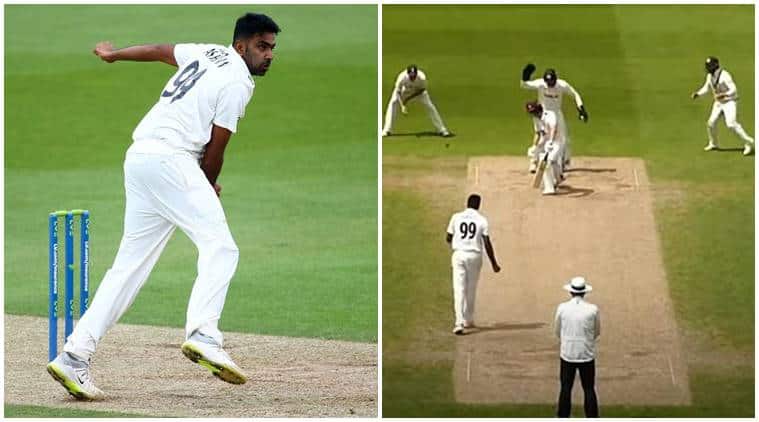 On Surrey’s version of an Indian turner, where they packed the team with three spinners and the ball started to spin sharply from the end of day two, R Ashwin grabbed 6 for 27 with a spell from hell against Somerset in the second innings on the fourth and final day.

The Ashwin faithful would also have noticed a tiny rollback in his bowling action. During the load-up prior to release, the right arm was revved right back over his right shoulder, as if he was flinging a shoulder cloth — tundu in Tamil or man-stole if you will.

In the last home series against England, he hadn’t used it, preferring to load up in front of his face. The shoulder-cloth routine has been seen in the past, particularly during a bumper county season in England for Nottinghamshire in 2019 and also in the series in Australia.

It’s not surprising that the incessant reinventor of the self would try to iron out little things in his bowling prior to a big series.

In all likelihood, this could be the closest Ashwin might come to a turner in this summer of five Tests, but a clutch of wickets wouldn’t hurt his confidence.

The wickets came rather easily. He opened the bowling with another offspinner Amar Virdi and didn’t take too long to strike. A ripper that turned from leg stump right across to miss the off just in his second over forewarned what was to come.

First he tucked into his usual staple of hapless left-handers. Steven Davies was lured into a fatal drive by a tempting floater outside off and Tom Lammonby, who survived a stumping chance after a mindless charge, gloved a reverse sweep.

Then he swooped in on the right handers. The first-innings centurion James Hildrith, who was trying to survive on the back foot, couldn’t keep one from turning on to his pad in front of stumps. Then for some inexplicable reason George Bartlett thought he should try not to offer a shot to a ball turning into him from outside off and heard the rattle behind him.

Roelof Van der Merwe was shocked by a carrom ball that jumped back into him and the batpad chance was swallowed at short leg. And a big offbreak from well outside off went through the defences of Ben Green.

However, because they had lost the toss, Surrey’s plan of laying out the turner hadn’t quite worked out as Somerset had piled on 429 in the first innings. Ashwin had taken 1 for 99 from 43 overs then but he would unleash hell once the pitch began to wear out.

Ashwin’s outing would have gladdened the Indians ahead of the series. He had 58 overs in the game, worked on his bowling action. It would be interesting to see if he retains this version in the Tests. What more could India’s premier spinner have wished from a county game. Perhaps, some runs would have made him happier. He fell for a duck in the first innings to Jack Leach and was yet to get off the mark in the second when the game was called off. But he would, one suspects, gladly take the seven-wicket match haul.

Denial of responsibility! My droll is an automatic aggregator of the all world’s media. In each content, the hyperlink to the primary source is specified. All trademarks belong to their rightful owners, all materials to their authors. If you are the owner of the content and do not want us to publish your materials, please contact us by email – admin@mydroll.com. The content will be deleted within 24 hours.
ashwinashwin countyashwin newsashwin six wicketsashwin surreycounty cricket newscricket newsindia cricket news
0
Share