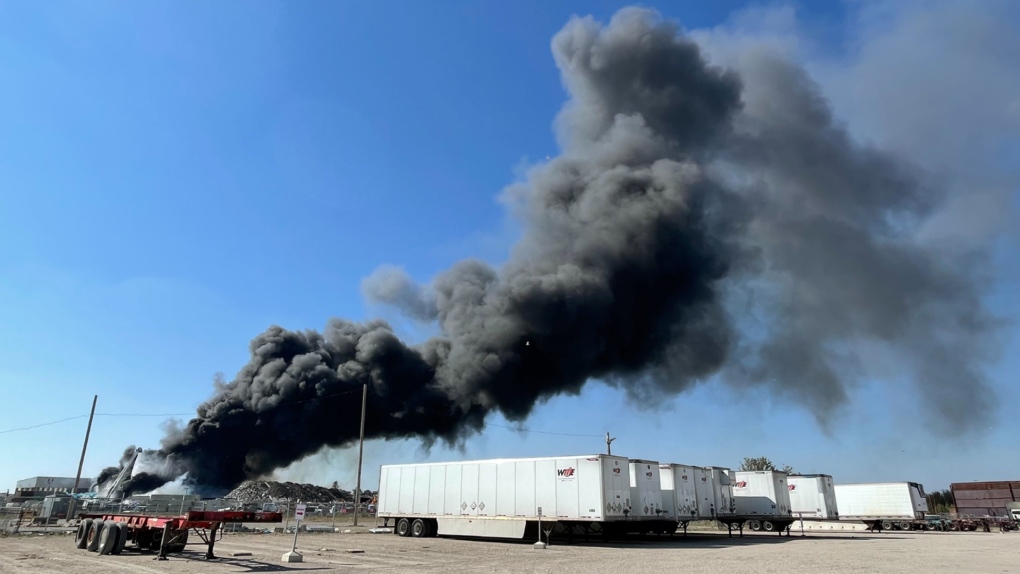 Last week, firefighters tackled a fire at the GFL Environmental facility in the Winterburn industrial area for 20 hours, fighting ablaze piles of plastics and materials near the sides of the building.

A neighbouring business told CTV News Edmonton that there had been three fires at the same waste management plant since 2018.

The lack of fire hydrants in the area meant that firefighters were forced to draw water from 199 Street using some 750 metres of hoses, said Chris Ambrozic with Scorpion Masonry.

“And the Edmonton firefighters, it took them about an hour to get water onto the fire (this time),” said Chris Ambrozic with Scorpion Masonry.

A fire in west Edmonton sent plumes of dark grey smoke into the sky on Aug. 25, 2022. (Sean McClune/CTV News Edmonton)

“It is standard to use a pump and a tanker to address the hottest part of the fire first, and that was done,” Rivet said in a statement. “There was nothing out of the ordinary in this case, with the exception of the size.”

Brad Abel, vice president of the West Edmonton Business Association, said the lack of city services and amenities in the area is not a new issue.

The area that is now the Winterburn industrial park was annexed by the city in 1982.

According to a city-produced structure plan in 2016, the water network in the area consists of one water main following 215 Street.

Abel says he’s been speaking to several different city councils about the lack of municipal services, spanning back to when Stephen Mandel was mayor.

“The services that exist are only there on the back of the business that have put them there and, therefore, common services that you would normally expect in any industrial park that would represent the minimum standard just aren’t there,” Abel said.

“That really restricts the ability for any business to develop,” Abel said. “To see themselves growing and creating a future there. It certainly restricts their ability to protect themselves when things happen that are unforeseen.”

“These businesses obviously want to operate in a safe manner and want to be confident that they’re safe. And at the end of the day, the city services or the ability for the city to respond to incidents that happen that are maybe not even their fault, i.e. a neighbour lights on fire, and that’s scary.”

Despite not having the full range of utilities that other industrial parks have access to, Abel says business taxes remain the same for the Winterburn area.

“You could argue that land values are held back by the fact that there’s no services and, therefore, they pay less,” he added. “But from a dollar-to-dollar perspective or mill rate, everything else is the same.”

‘IT IS THE CITY’S RESPONSIBILITY’

Mayor Amarjeet Sohi told reporters Monday that after every fire, officials undertake a review probing the potential cause or if any improvements could help firefighters’ response.

“It is the city’s responsibility to make sure that we are protecting people and property,” Sohi noted. “Fire prevention and suppression is absolutely a fundamental responsibility of the city.”

“If there are infrastructure gaps, they (the fire department review) will identify them.” 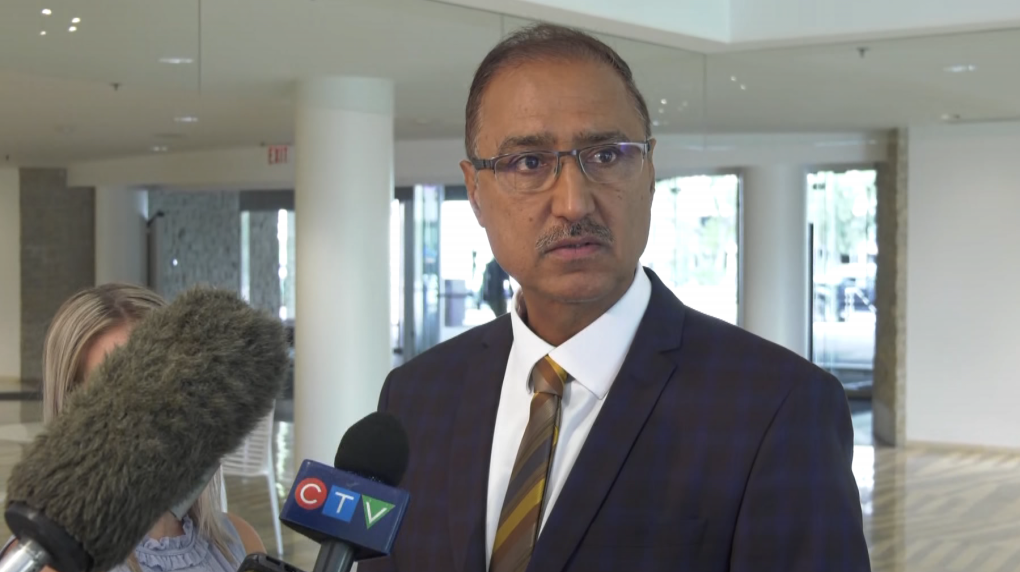 According to Karen Burgess, city communications advisor,city council approved a servicing study for Winterburn and two other industrial areas in 2019.

“The goal of the study is to get a well-defined understanding of the level of capital investment required to close the gap between the current infrastructure servicing conditions,” Burgess said.

It is expected councillors will see that report in early 2023, she added. Council would then decide whether to approve funding to address any recommended servicing strategy.

While Abel says area businesses understand city processes can take time, he hopes no bigger fires or incidents happen in the meantime.

“In my world, I deal with the world of hazards and escalating hazards. For me, this (the GFL fire) is an indicator,” he said. “When something like this happens, it opens people’s eyes.

“If you get enough of these little indicators, it results in something more serious, and that’s just the pyramid of safety.”