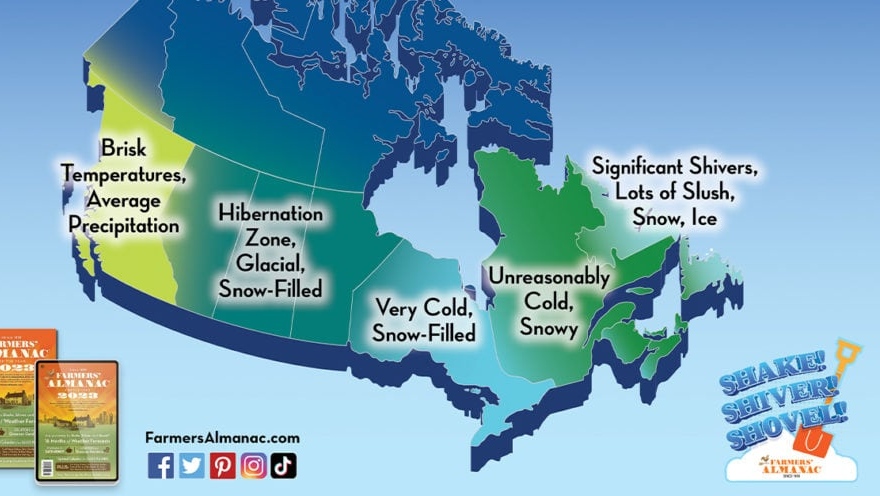 The Farmer’s Almanac released their Extended Winter Weather Forecast for the U.S. and Canada Tuesday and, according to their predictions, Ontario is in for a cold and snowy winter.

The long-range forecaster is predicting a “winter season filled with plenty of snow, rain, and mush” along with record-breaking cold temperatures across Canada and northern U.S., and Ontario is expected to get a fair share of that cold air and precipitation.

The forecast says those in northeastern U.S. and eastern provinces should expect “a cold December and a very cold January.”

They predict the last half of January will be quite stormy as well. From Jan. 16 to Jan. 23, the organization says the eastern two-thirds of Canada should expect heavy rain and snow, “followed by what might be one of the coldest outbreaks of arctic air we’ve seen in several years.”

“January will feel unreasonably cold for readers in the Great Lakes region,” they said.

The forecast says seasonal temperatures will return again in February.

Almanac editor Peter Geiger spoke with CTV News Toronto in 2021 ahead of last summer’s forecast. He said that while the predictions can’t be “100 per cent accurate,” the age-old formula provides a blueprint for what the upcoming season will look like.

The U.S.-based publication says they issue their annual forecasts based on a formula that’s over 200 years old.

With files from Phil Tsekouras.