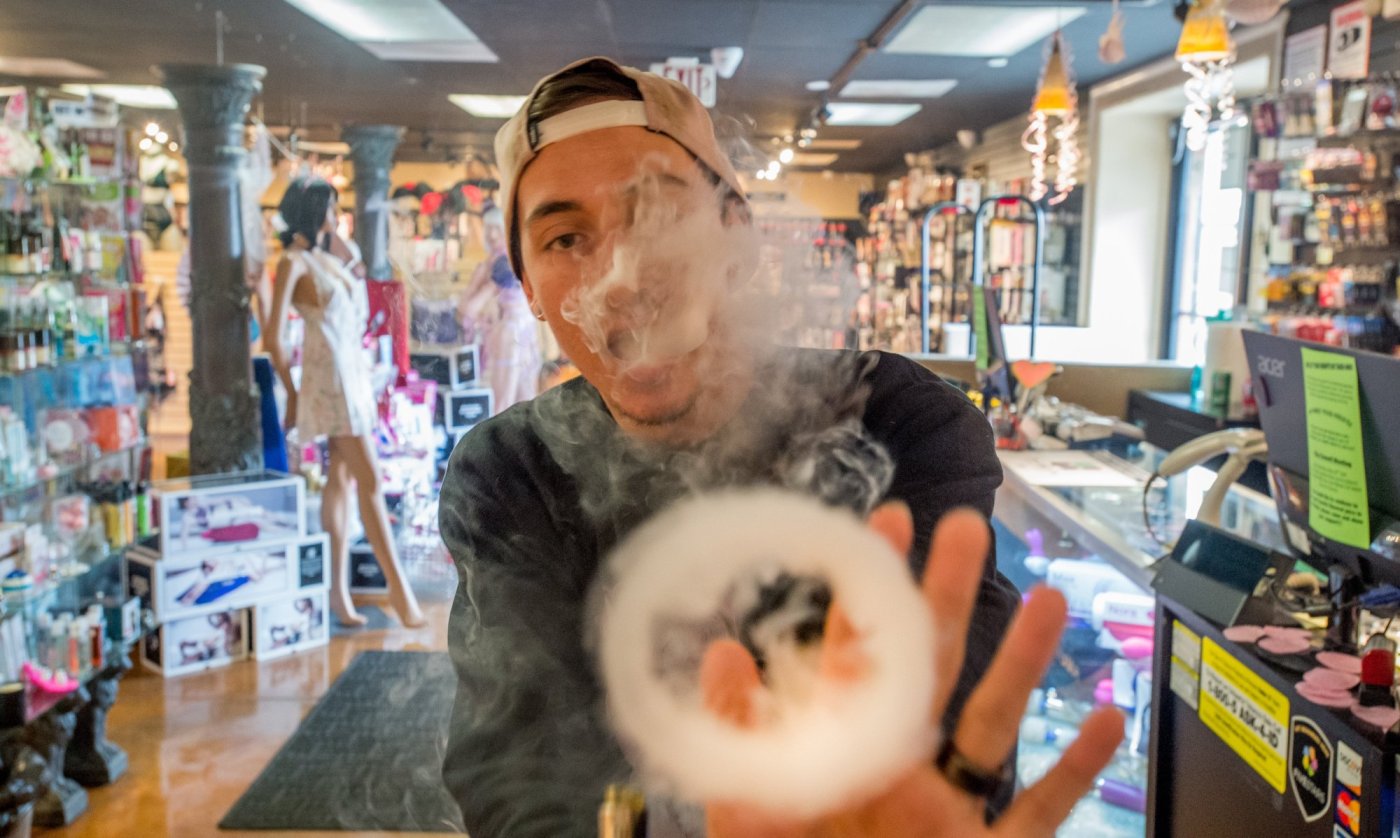 Win or lose, tobacco companies are reaping hundreds of millions of dollars thanks to a California proposition that they spent a fraction of that amount to get on this fall’s ballot.

The measure, known as Proposition 31, asks voters if a 2020 legislative ban on flavored tobacco products, including electronic and menthol cigarettes, should be upheld.

But here’s the thing: The No on Prop. 31 campaign secured a nearly two-year pause on the ban when it collected 623,000 signatures to force the Legislature’s handiwork to a vote in the next general election. That delay cost Big Tobacco about $20 million, half paid to a signature-gathering firm.

Qualifying a referendum on the ban cleared the way for manufacturers to continue selling flavored tobacco products to Californians, including everything from mango-flavored vape pens to menthol cigarettes, until voters weigh in this November.

With the statewide ban on pause, tobacco companies stand to gain an estimated $830 million in revenue from menthol cigarette sales alone since the start of 2021, said Mike Roth, spokesperson for the Yes on Prop. 31 campaign, which supports the original ban. The group based that on state and federal data on tobacco sales. The ban on sales from Senate Bill 793 would have kicked in Jan. 1, 2021, but is on hold until at least mid-December when the state must certify election results.

Representatives from the No on Prop. 31 campaign would not address questions from the Bay Area News Group when asked about how much money tobacco companies are making off the maneuver.

The campaign’s spending has slowed to a trickle since 2020. That suggests, observers say, that Big Tobacco isn’t spending big to win an election that polls show is likely a lost cause. Instead, it worked mostly to delay the inevitable.

“They probably made over a billion in the last few years,” said Jerry Hill, the former state senator from San Mateo who sponsored the bill, SB 793, which banned flavored tobacco sales. “They haven’t had a need to spend more money.”

It’s not the first time a referendum – even a failed one – has proven so lucrative. The plastic bag industry sponsored a ballot measure during the 2018 election cycle that paused a ban on plastic grocery bags, which former Gov. Jerry Brown had signed into law. The proposition the plastic bag industry championed lost at the polls, but manufacturers made millions during the time period in which they postponed the impact of the law.

Local exemptions continue to ban the sale of flavored tobacco in some California cities, including in San Jose, Oakland and San Francisco.

It is a particularly controversial part of the market. The health consequences of menthol cigarette use, including premature death, disproportionately impact Black Americans.

Carol McGruder, who is involved in the Yes on Prop. 31 campaign and is a co-chair of the African American Tobacco Control Leadership Council, said Black communities have been targeted by the tobacco industry for decades. She says tens of thousands of Black Americans die every year from tobacco-related causes, including many from issues related to menthol cigarettes.

“Those are the mothers, the fathers, the grandfathers of our families, and it causes generations of harm,” McGruder said.

A study by Dr. David Mendez and Dr. Thuy Le at the University of Michigan School of Public Health found tobacco-related causes were responsible for 157,000 deaths of Black Americans from 1980 to 2018.

More than 7 in 10 Black teenagers between the ages of 12-17 who smoke use menthol cigarettes, according to the California Assembly Health Committee.

“Big tobacco will stop at nothing to continue peddling their poison on kids, to hook another generation of addicts,” Roth said, referring to the successful effort to pause the ban.

Beth Miller, spokesperson for No on Proposition 31, shot back at the accusation in a statement, stating that “since 2016 it’s been illegal to sell any tobacco or vapor product to anyone under the age of 21, flavored or not.”

So far neither side of the tobacco debate has begun to approach the massive TV-ad spending totals and record-breaking donation hauls of the groups involved in the dueling battle over Propositions 26 and 27 to legalize sports gambling in California.

The biggest contributors to the Yes on Prop. 31 campaign include former New York City Mayor Michael Bloomberg, Kaiser Health and the California Teachers Association. The committee has collectively raised over $3 million this year.

The vast majority of the money raised by the No on Prop. 31 campaign comes from large tobacco companies and their associates. Major backers include R.J. Reynolds Tobacco Company and Philip Morris USA. The two companies and their affiliates have donated over $10 million each, largely in the form of loans.

The No on Prop. 31 campaign declined to comment when asked why it received many of its contributions as loans.

Ravel pointed out that the tobacco manufacturers could forgive the loans after the election is over.

“My guess is that they think it would look less concerning to a lot of people that they are going to be paid back,” she said, “and therefore they are not really evil in spending a bunch of money on their own behalf.”

The Hundred, 2022 Match 30 LNS vs BPH Match Prediction Who Will Win Today Match