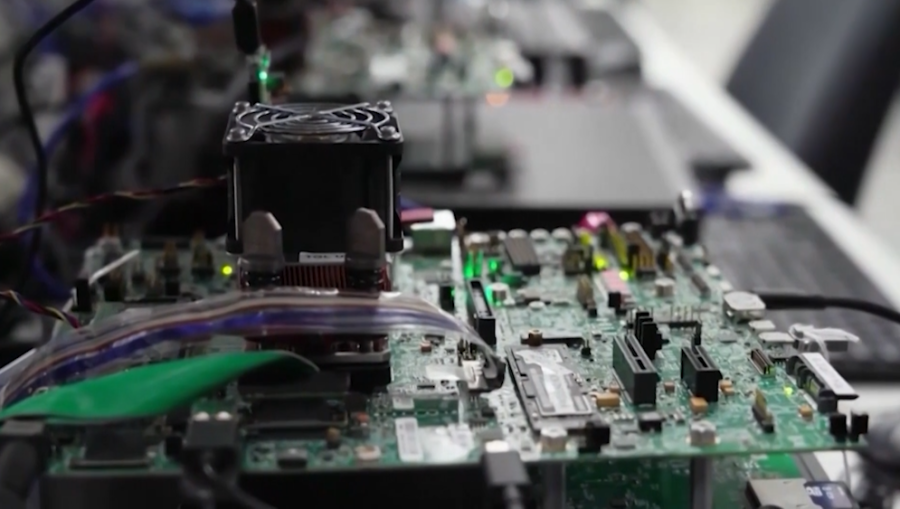 AUSTIN (Nexstar) — Those little chips are in basically everything, including your phones, computers, and cars, but very few of them are made in the United States.

Some have warned that threatens our national security. So, on Wednesday, a bipartisan bill passed the Senate, to spend tens of billions of dollars to boost U.S. computer chip production.

There’s been a huge push, especially in Texas, to make more chips.

“This is something that crosses party and political lines,” Texas Senator, John Coryn said. “Republicans and Democrats have been working together on this because they recognize the threat to our economy and our national security if our access would be cut off.”

According to Coryn, 90 percent of chips are made in Asia. He helped introduce the bill back in 2020.
It passed the Senate on Wednesday in a 64-33 vote and now heads to the House.


Why should you care about semiconductor manufacturing? Texas congressmen say it’s more than jobs

Supporters want to pass it before they go on their August recess.  It could get to the president’s desk by the end of the week.

“Samsung announced that they’re going to build a $17 billion facility in Central Texas,” Coryn said. “I expect other companies will make similar announcements in Texas that will create—not just a manufacturing facility but a whole ecosystem of suppliers.”

The bill includes $52 billion for U.S. companies that make chips and tax incentives to push companies to invest in them.

Some do worry though about how more businesses making chips will impact water demand.

“I just don’t think anybody’s doing the forecasting and analysis,” Paul Difiore, Project Manager with the Lower Colorado River Authority (LCRA) said. “But the pace of growth here is just so fast that like, whatever long-range plans we had before, I’m sure are already out of date. They can’t possibly take into account the number of people that have moved here, and the number of companies that have moved.”

Coryn is hopeful this will benefit Texas more than anything else.

“The fundamental issue here is how do we eliminate our vulnerability,” Coryn said.

If the bill passes through the House, lawmakers are hopeful president Biden will sign it within the next few weeks.