Will We See CM Punk or The Elite Tonight? 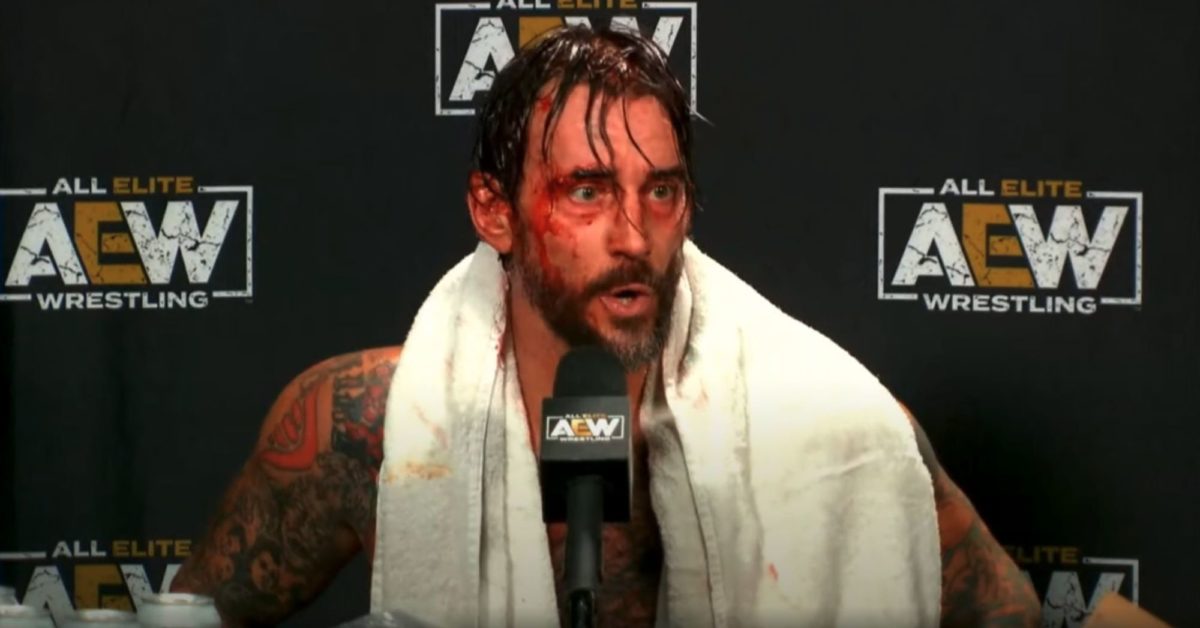 Following two years of goodwill from fans enjoying the first true alternative to WWE’s monopoly in twenty years, AEW is going through a rough patch, and how the company handles it could have a major impact on AEW’s future. World Champion CM Punk used the post-PPV media scrum after All Out to air grievances against former friend Colt Cabana, current co-worker Hangman Adam Page, and AEW Executive Vice Presidents and co-founders Kenny Omega and The Young Bucks in a profanity-laden tirade. Punk blamed the group known as The Elite, for which All Elite Wrestling is named, for spreading rumors about Punk trying to get Cabana fired in the wrestling media and Page for making vague shoot comments related to the same situation during a promo over three months ago.

Following Punk’s rant, a violent altercation between The Elite vs. Punk and his lackey Ace Steel reportedly occurred backstage. Omega and the Bucks are reported to have confronted Punk in his locker room, where the fight soon broke out, though there are mixed report as to who “started” it. During the brawl, backstage producer Ace Steel is reported to have struck AEW executive and World Trios Champion Nick Jackson in the eye with a steel chair and bitten and pulled the hair of Kenny Omega. There are also rumors that Punk may be injured, either as a result of the altercation, or from the match earlier in the night in which he won the AEW World Championship from the company’s most protected babyface, Jon Moxley, in front of his hometown Chicago crowd at a PPV that has now been completely overshadowed by the ensuing drama.

In the aftermath of the fight and Punk’s comments, all of the focus in pro wrestling has been on how AEW will respond to the scandal. Tony Khan spent the entirety of Punk’s near 30-minute, profanity-laden tirade either looking shell-shocked by the whole thing or seemingly nodding in apparent approval. But the real question is how Khan will handle the situation off camera. Will Khan have what it takes to stand up to his own roster, including a childhood hero and the guys who built the company, or would he prove to be the pushover a lot of people on the internet have been saying he is for the last 48 hours? It’s make or break time for Tony Khan, and we’re rooting for him.

Currently, the wrestling rumor mill, driven largely by Dave Meltzer and Sean Ross Sapp, has provided some updated, though nothing official has come from AEW. Here’s what both are saying about tonight’s show and the mood surrounding it.

The belief is that nobody involved in the fracas will be at TV tomorrow and that other top stars not booked originally for Wednesday will be there. A lot of talk of it as suspensions but that isn’t official.

Right now AEW talent have not been told anything official. Almost all I’ve spoken to believe CM Punk will have to go or make major amends to remain with the company.

A lot of the talent haven’t arrived where Dynamite broadcasting from yet, but the heat on Punk is unreal.

Haven’t got any official word on that or suspensions. There are so many rampant “done deal” rumors about what is happening, that it’s getting almost impossible to verify.

A lot of conjecture and expectations

Specifically, Meltzer named Chris Jericho and Jon Moxley as two stars who weren’t originally scheduled to appear on Dynamite today but now will, thanks to the CM Punk/Elite situation. AEW’s PR team is sometimes spotty with updating the app where they send out the match graphics and post-show photos, but as of press time, the app hasn’t been updated since the press photos for last week’s episode of Dynamite were posted. We also know there will be an ROH Pure Championship match between champion Wheeler Yuta and hometown hero Daniel Garcia

In addition to that match, AEW’s Road to Buffalo YouTube video promotes the following storylines coming out of All Out:

So besides the Pure Championship match, any of these stories could be advanced on Dynamite tonight. And if The Acclaimed do appear, we can expect at least one good line about the CM Punk mess from Max Caster.

Also advertised during a video at All Out, Buffalo is the hometown of The Butcher, The Blade, and The Bunny, so we can expect them to get involved tonight. And there’s another Trios match set between Best Friends and Death Triangle for Dynamite as well.

But perhaps the most anticipated segment that we’ll see on AEW Dynamite tonight, if not anything from Punk or The Elite, will be a promo from MJF, whose return at the end of All Out as CM Punk’s next challenger was completely overshadowed by Punk’s media scrum blowup. There’s no way MJF, if given a microphone, won’t bring up the elephant in the room, so all eyes will be on MJF tonight.

So while it’s possible we won’t learn anything at all about the status of CM Punk and The Elite, it should be an interesting episode of AEW Dynamite nonetheless. The show kicks off at 8E on TBS.