Will The Approach’s Nationwide Tour Trigger a Boom Bump at FOC? 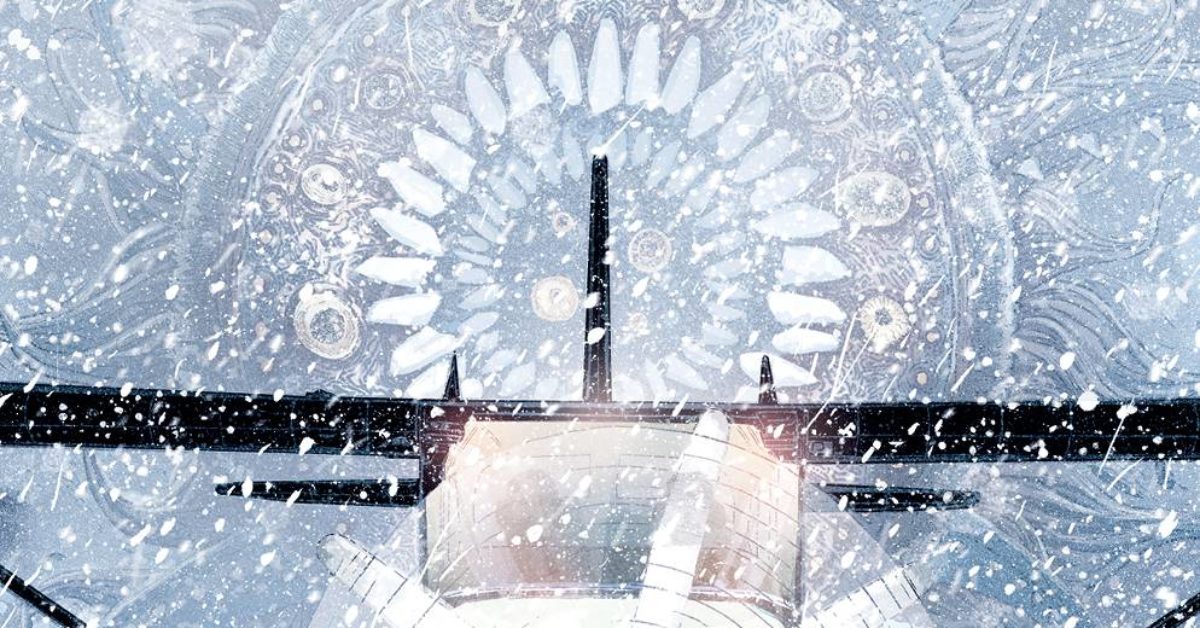 As we’ve previously reported, publisher Boom Studios has been on quite the roll as of late with new creator-owned hits like Stephanie Phillips and Flaviano‘s Grim, R.L. Stine‘s first comic series for adults with A.L. Kaplan – Stuff of Nightmares, and most recently Christopher Cantwell and Germán García‘s Briar  all posting big orders. What’s more, each of these series has seen massive jumps in orders at Final Order Cutoff, well above industry averages, which Boom Studios has decided to call the “Boom Bump.”

Up on FOC today is Boom’s latest new creator-owned title – The Approach, which reunites Image’s The Beauty writing team of Jeremy Haun and Jason A. Hurley and pairs them with The Empty Man artist, Jesús Hervás. Described as turbulent travel terror, the limited series strikes us as John Carpenter‘s The Thing meets Die Hard 2. Like The Empty Man, which was adapted into a cult hit horror film, or The Unsound, which is in development at Netflix with Shazam director David F. Sandberg, it’s the sort of contained horror series that is ripe for Hollywood interest. Will it catch the attention of speculators as Haun’s previous Boom series, The Red Mother, did?

Regardless, The Approach is already tracking to be Haun’s bestselling creator-owned launch with orders greater than The Red Mother ahead of FOC. But will it be enough to meet demand once comic collectors feast their eyes on the unusual variant covers?

For starters, we’ve learned that Francesco Francavilla‘s open-to-order variant with the terrifying monster on a black background will now be enhanced with Spot UV on cardstock. Spot UV is a treatment that gives an image a nearly three-dimensional quality, which Boom recently used on their Something Is Killing The Children #25 San Diego Comic-Con variants. And the unlockable Francavilla variant, which is limited to just 5 copies per store, will have a similar treatment on a red background. The real impact of this treatment is only fully apparent when they are viewed in person… meaning retailers may well underestimate the demand for these covers.

Meanwhile, the 1-in-25 incentive cover is the first in a series of homage images by Megan-Hutchison-Cates. These covers are popular with collectors and The Approach #1 homages the Airplane! movie poster. But perhaps the most intriguing variant of all is the “secret” one that co-writer Jeremy Haun announced recently.

I just finished inks on THE APPROACH #1 Secret Variant!
I can’t wait to show this one to you all.
It’s ridiculous!
And a SECRET!

Haun has done these “secret” variants on previous creator-owned series like The Beauty and The Realm, and sells them sight unseen directly to fans in paper bags. Will the one for The Approach #1 be available only during a nationwide tour of comic shops he’s planning or is the tour variant a different image entirely?

We’re doing a BIG, nationwide signing tour for THE APPROACH, kicking off at NYCC and running through the month of OCTOBER!
Want to see us at a comic shop in your area and get your hands on an amazing TOUR EXCLUSIVE cover, t-shirt, and other goodies?
We’d love to make it happen! pic.twitter.com/TRxRzzUTUG

This October signing tour for THE APPROACH is really shaping up to mostly be East Coast and Midwest.
Still hoping to include something(s) for you West Coast folks.
We’ll see what we can do.
Lotsa and lots of logistics to this.

We’ll know soon enough when the tour kicks off at New York Comic-Con. Will your local comic shop be on the list? And how much will the tour drive orders at FOC? More importantly, how do I get one of those Cthulhu-inspired tour shirts? The Approach #1 FOCs today.

APPROACH #1 (OF 5) CVR A HAUN (MR)
BOOM! STUDIOS
AUG220265
(W) Jeremy Haun, Jason A. Hurley (A) Jesus Hervas (CA) Jeremy Haun
In this turbulent new horror mini-series from writers Jeremy Haun (The Red Mother) & Jason A. Hurley (The Beauty) and artist Jes s Hervás (The Empty Man), a storm is coming that’s bringing more than bad weather.
When airport employees Mac and Abigail find themselves snowed in after a blizzard, they witness a terrible plane crash. After pulling a survivor from the wreckage, they realize a terrifying truth: this plane has been missing for 27 years! The nightmare has only just begun though, as the people trapped in the airport soon find themselves confronted by what this plane actually brought back…. For those with a fear of flying… it’s not the sky that deserves dread, but what lies beyond it…In Shops: Oct 12, 2022 SRP: $3.99

Say what you like about Forspoken, it’s an exceptional advert for the PS5