Why Xi Began His First Trip Since the Pandemic in Kazakhstan 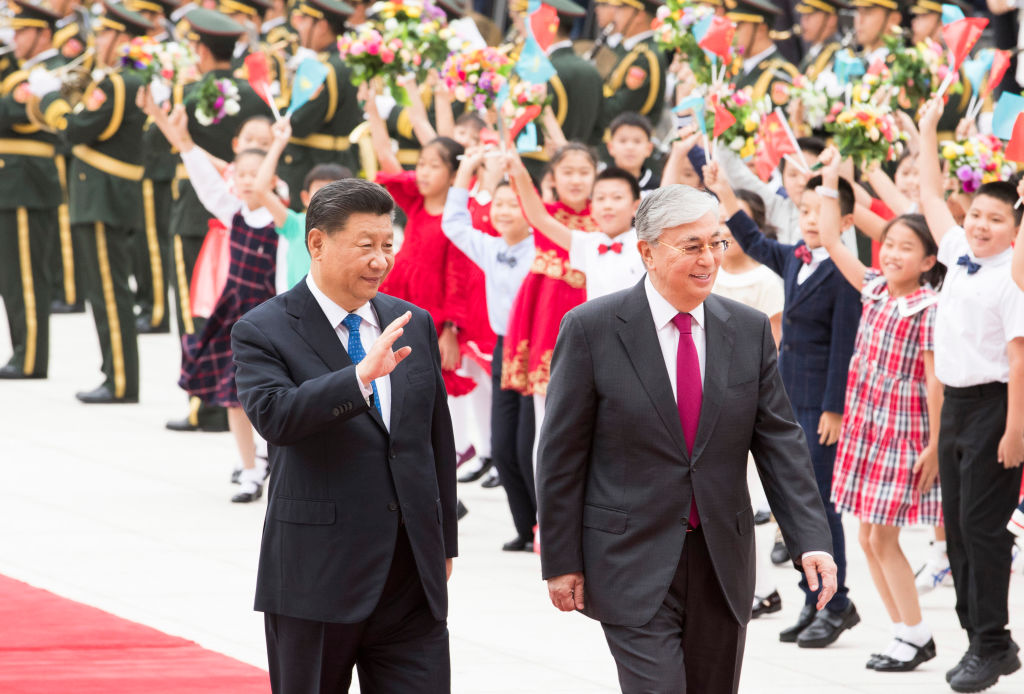 After almost three years of attending international meetings virtually, Chinese President Xi Jinping made his in-person return to the world stage on Wednesday when he traveled to Kazakhstan.

Aside from a trip to the semi-autonomous Chinese territory of Hong Kong in July, Xi hasn’t left mainland China since January 2020, when Beijing’s zero-COVID policy saw the country slam its borders shut. That makes Xi’s travels this week particularly significant.

During his trip, Xi will also visit Uzbekistan to attend a meeting of the Shanghai Cooperation Organization (SCO), a regional security and trading bloc whose other members are India, Kazakhstan, Kyrgyzstan, Pakistan, Russia, Tajikistan and Uzbekistan. It will be the SCO’s first in-person gathering since 2019 and Xi is expected to take the opportunity for a face-to-face meeting with Vladimir Putin—his first since the Russian leader launched a war against Ukraine in February.

Read More: Putin’s Meeting With Xi Comes at a Crucial Time for Russia

But Xi’s first stop is Kazakhstan, where he’ll hold talks with President Kassym-Jomart Tokayev. Here’s why Kazakhstan matters a great deal to China, and why Xi has decided to make Central Asia the focus of his first foreign sojourn in almost 1,000 days.

Chinese President Xi Jinping holds a welcoming ceremony for visiting Kazakh President Kassym-Jomart Tokayev before their talks at the Great Hall of the People in Beijing, Sept. 11, 2019.

Kazakhstan is China’s neighbor to the northwest. The two countries share more than 1,000 miles of border and this will be Xi’s fourth visit. “China and Kazakhstan are good neighbors, good friends and good partners,” Xi said in a letter published Tuesday in the Kazakhstanskaya Pravda newspaper.

But behind the friendly overtures are hard geopolitical calculations.

As of 2019, China had around $14 billion invested in Kazakhstan’s oil and gas sectors. With the Russian invasion of Ukraine throwing global energy markets into chaos, Kazakhstan is more important than ever.

Kazakhstan also shares a border with Russia and has a significant Russian minority, making up about 18% of the population. Some experts believe that Xi could be sending a signal to Moscow that Beijing regards Central Asia as its sphere of influence.

Mason explained: “So Xi’s visit to Kazakhstan can be seen as a sign that Beijing sees Kazakhstan as a friend and Russia should not do anything to hurt Beijing’s friend.”

Meanwhile, China’s ambitious Belt and Road Initiative (BRI)—a development strategy that links nearly 150 countries in a sprawling program of infrastructure building—was launched by Xi in 2013 during a visit to Kazakhstan’s capital Astana. Besides its economic benefits, the BRI is seen by Beijing as a way of increasing its global clout and in particular of practicing “periphery diplomacy” with the many countries along its borders.

By China’s own admission, the BRI has run into a slew of challenges, from unfavorable shifts in the geopolitical climate to the COVID-19 pandemic. Xi’s trip to Kazakhstan can be seen as a way of revitalizing the initiative, according to analysts.

“This is all about the ‘renewal of vows’” on the Belt and Road Initiative, says Yun Sun, a senior fellow at the Washington-based Stimson Centre. “The country is where it all started. That’s why he is going.”

A Kazakh family watch a documentary on China-Kazakhstan economic cooperation at their home in Astana, then called Nur-Sultan, Kazakhstan, on Oct. 9, 2020.

Zhiqun Zhu, a professor of political science and international relations at Bucknell University, who is currently a U.S. Fulbright Scholar at Australia’s Griffith University, says that in stepping beyond China’s borders Xi may also be sending a message that his country will gradually reopen. International travel could resume as COVID-19 abates.

There are periodic signs that discontent over China’s zero-COVID policies—which have caused severe economic problems—is growing. But Xi may be trying to demonstrate that he is in firm control in China, despite such mounting challenges. He could also be suggesting that he is assured in his bid for a precedent-breaking third term as China’s president, at a key Communist Party meeting next month.

Read More: What to Know About the Kazakhstan Protests of January 2022

The SCO conference, following Xi’s Kazakhstan trip, will be of crucial importance to Xi’s geopolitical clout. “In the context of the Ukraine war,” says Zhang at Lingnan University, “the SCO summit meeting will allow the leaders of major non-Western powers to talk about recent developments in world politics and coordinate their policies.”

Amid a tense geopolitical atmosphere, experts say that Beijing may be trying consolidate support to counter the West.

“The message to Western powers is that they do not represent the whole international community, and China has many friends in developing countries and the non-Western world,” says Zhu.

Prominent among them is Kazakhstan. “We are friends to trust and partners to count on for each other,” wrote Xi in his letter in Kazakhstanskaya Pravda, “and our peoples always stand shoulder to shoulder with each other.”