Why roots don’t grow in the shade 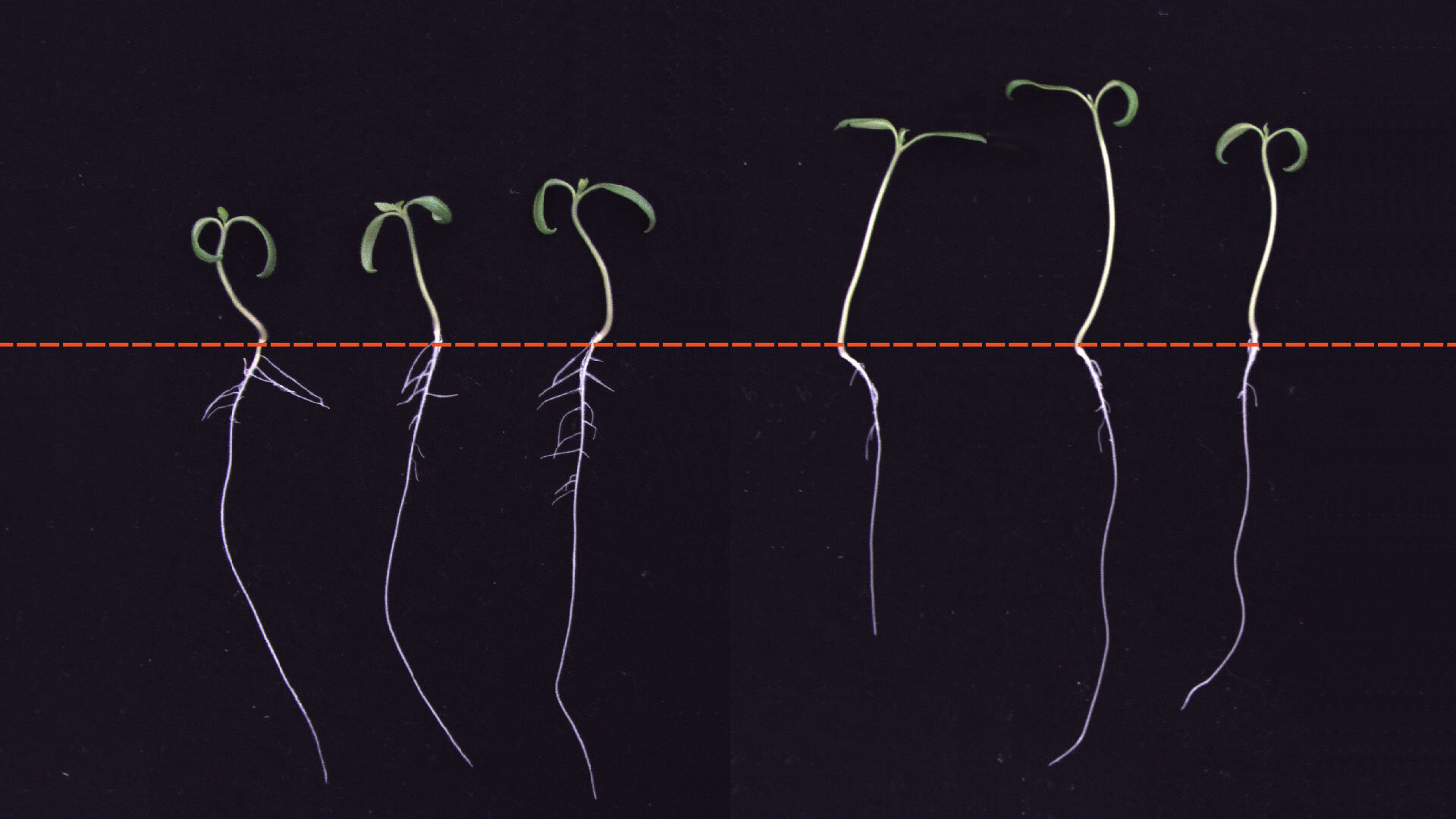 When a plant finds itself in too much shade, it redirects its resources to reach for light. Crop yield and root development stall as the plant focuses on growing taller, striving to rise above neighboring plants to access the sun.

Shade avoidance is a vital survival strategy for an organism that depends on photosynthesis—but it’s a problem for farmers, says Cold Spring Harbor Laboratory (CSHL) Assistant Professor Ullas Pedmale. It limits the density at which growers can plant their crops, and thus, limits yields.

“Because of crowding, there is a competition for sunlight—so their option is to grow taller,” says Pedmale. He adds:

Researchers have been studying plants’ shade response for decades in hopes of finding ways to help plants flourish at higher densities. Most of that research has focused on changes in stems and leaves, but Pedmale’s team wanted to know what happens underground when a plant is deprived of light. It’s an urgent issue because plants without strong root systems are more vulnerable to droughts, flooding, and hurricanes—threats that are becoming more common due to climate change.

Using tomato plants and the model plant Arabidopsis, postdoctoral researcher Daniele Rosado and other members of Pedmale’s team compared the roots of seedlings grown in full unshaded light to the shorter, less developed roots of plants grown in shade. They found that hundreds of genes that plants use to respond to stress were switched on in the shade-grown plants—including dozens that encode proteins called WRKYs, which regulate gene expression.

To confirm that they limit root growth, Pedmale’s team engineered plants in which specific WRKY genes remained highly active, regardless of conditions. They found that plants with high levels of certain WRKY proteins grew the same stunted roots seen in shade-grown plants, even when provided with plenty of light. The plant’s stems, in contrast, grew at a normal rate. In addition, they discovered that the plant hormone ethylene (required for fruit ripening) may also be involved in roots’ shade response.

Pedmale hopes that revealing these proteins’ role in shade avoidance will help researchers develop better high-yielding plants: Plants that can thrive under more crowded conditions, withstand extreme weather, and maybe even reduce global warming by pulling carbon dioxide out of the air and into extensive root systems.

How plants become good neighbors in times of stress

Everybody gets hats in the first free ‘Bugsnax’ DLC, The Isle of BIGsnax

Iran cleric ‘opposes use of violence to impose hijab’