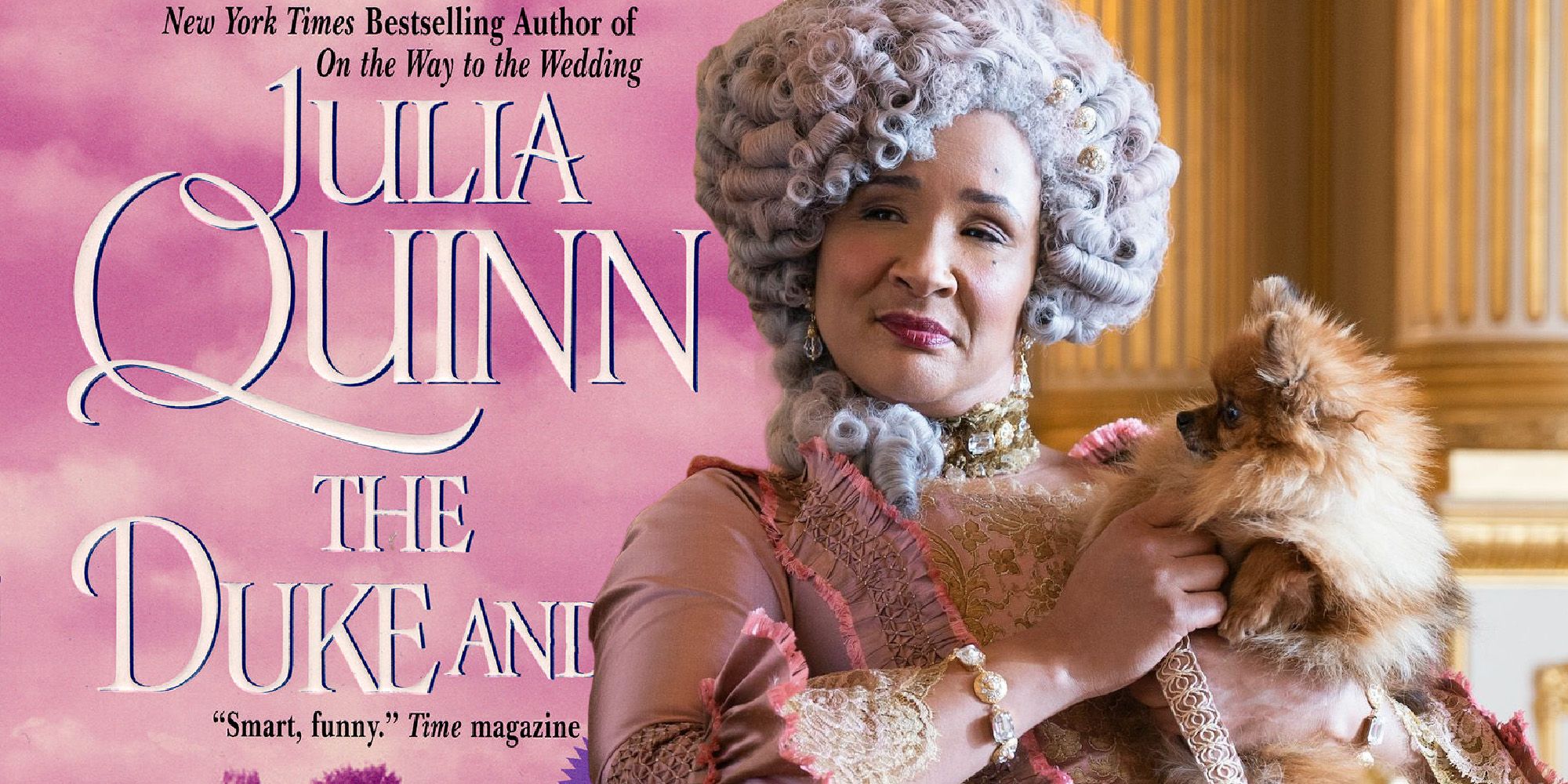 Bridgerton season 1 introduces Golda Rosheuvel as Queen Charlotte – but why did Netflix add a character who doesn’t appear in the books?

Bridgerton featured Golda Rosheuvel as Queen Charlotte – a character who doesn’t actually appear in the original books by Julia Quinn. Set in London during the Regency Era, Bridgerton is an unusual vision of British history. Where traditional period dramas focus on the men as the power figures, in this version of British society it’s quite clear there is more of a matriarchy, with women occupying the positions of power and making the key decisions for their households.

This matriarchy is dominated by Queen Charlotte, who stands at the center of the spinning wheel that is Regency society, and her expressions of favor and displeasure will determine the status of a girl throughout the season. Daphne’s story truly begins when the Queen pronounces a remarkable judgment upon her. This declares Daphne the diamond of the season, with every man around casting their eye to her, while every other woman considers her their chief rival. And yet, surprisingly, all this doesn’t happen in the original novels by Julia Quinn; in fact, Queen Charlotte doesn’t actually appear at all.

The introduction of Queen Charlotte serves to emphasize this sense of matriarchy, as well as to ground it in real life. Queen Charlotte really did run the country for a time due to King George’s ill health, and at some points in her life she did indeed dominate Regency society and the various balls. But there is, of course, another element to this; the idea of a Black woman seated on the British throne. Some historians do indeed believe Queen Charlotte was one of Britain’s mixed-race monarchs, and therefore a focus on the Queen introduces ideas of race and social justice into the narrative of Bridgerton.

Showrunner Chris Van Dusen considers Queen Charlotte to be the key to understanding Bridgerton‘s story. “Queen Charlotte opened up an entirely new world for us,” he told OprahMag. “What really struck me with the books from the beginning is that this was an opportunity to marry history and fantasy in a really exciting, interesting way. So in Queen Charlotte, that was the history. And then it was thinking of these fantastical scenes and situations to put her in that were really fun to write, too.” Queen Charlotte’s influence on society is referenced in a few key scenes, explaining why a Black man has become the Duke of Hastings, but audiences also get a terrible sense of fragility; in one scene, Simon points out that all these opportunities for advancement will go when the Queen herself dies. No doubt he will ultimately be proved right.

Julia Quinn herself considers the addition of Queen Charlotte to be absolutely inspired, and in fact she’s openly admitted she wrote a fan letter to Golda Rosheuvel thanking her for playing the role so well. “I go back and forth between wishing I had actually written her in the books and then being glad I didn’t,” she observed in OprahMag‘s interviews, “because I don’t know if I could have done as good a job.“

90 Day Fiancé: What Angela Deem Did For Her Drastic Weight Loss Results

Tom Bacon is one of Screen Rant’s staff writers, and he’s frankly amused that his childhood is back – and this time it’s cool. Tom’s focus tends to be on the various superhero franchises, as well as Star Wars, Doctor Who, and Star Trek; he’s also an avid comic book reader. Over the years, Tom has built a strong relationship with aspects of the various fan communities, and is a Moderator on some of Facebook’s largest MCU and X-Men groups. Previously, he’s written entertainment news and articles for Movie Pilot.

A graduate of Edge Hill University in the United Kingdom, Tom is still strongly connected with his alma mater; in fact, in his spare time he’s a voluntary chaplain there. He’s heavily involved with his local church, and anyone who checks him out on Twitter will quickly learn that he’s interested in British politics as well.

The coolest robots of CES 2021

Family of Robert Crimo’s only pal in shock over rampage