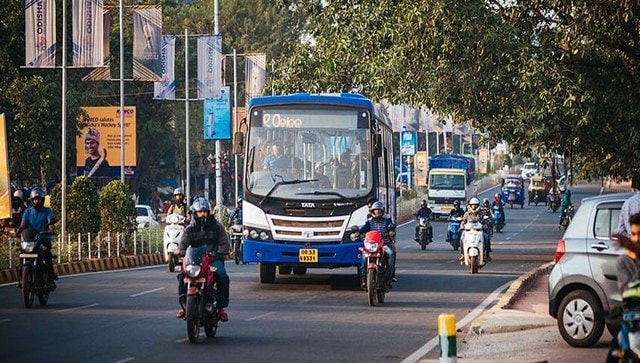 As per the UN, the public transport service has been recognised for its role in ‘promoting gender-responsive public services to achieve the Sustainable Development Goals’

Here’s everything you need to know about Mo Bus and the awards:

When was Mo Bus created?

According to information on CRUT website, the Bhubaneswar Puri Transport Services was created  in 2010 with a mandate to manage and operate the bus services on intra-city as well as inter-city routes in Bhubaneswar and between Bhubaneshwar, Puri, Cuttack and Khurda.

BPTS evolved into Capital Region Urban Transport, more commonly known as CRUT on 4 May, 2018, with the vision to reorganise the public transit services in the city.

“It is the primary agency providing public transit services within the capital city of Bhubaneswar and in its neighbouring cities of Cuttack and Puri,” as per the website.

Why did it win?

The public transport service has been recognised for its role in “promoting gender-responsive public services to achieve the SDGs (Sustainable Development Goals)”, the UN said.

As per Indian Express, the UN said the Mo Bus tackled the problem of the majority of people in Bhubaneswar using private vehicles, two-wheelers and auto-rickshaw to commute instead of taking public transportation.

The UN noted that Mo Bus incorporated “real-time technologies like live tracking, travel planner and e-ticketing”, and an e-rickshaw system called ‘Mo E-Ride’ has been introduced as a last-mile feeder service.

The UN said that 57 per cent of the city’s commuters now use the Mo Bus; Mo E-Ride is estimated to reduce pollution by 30 to 50 per cent. Also, “40 per cent of Mo Bus conductors are women and 100 percent of Mo E-Ride drivers are women, transgender people, and people from disadvantaged communities,” the UN noted, as per Indian Express.

Ten initiatives from Brazil, Canada, India, Ireland, Panama, Philippines, Poland, Saudi Arabia, Thailand, and Ukraine have been recognised for their innovative public service delivery with the prestigious UN Public Service Awards at a virtual celebration organised by the UN Department of Economic and Social Affairs on Wednesday.

A fishing village in Thailand using drone technology to save life below water; community centres in Brazil keeping children off the streets; transparent electronic public auction systems in Ukraine; and the implementation of equal pay for women and people from disadvantaged communities in Canada – these are just some of the bold innovations honoured at this year’s event.

All of this year’s winners have implemented new solutions to provide services to people while advancing the Sustainable Development Goals (SDGs).

Winning initiatives also leveraged ICTs and digital government in response to the COVID-19 pandemic and demonstrated public institutions’ resilience and inventiveness in times of crisis.