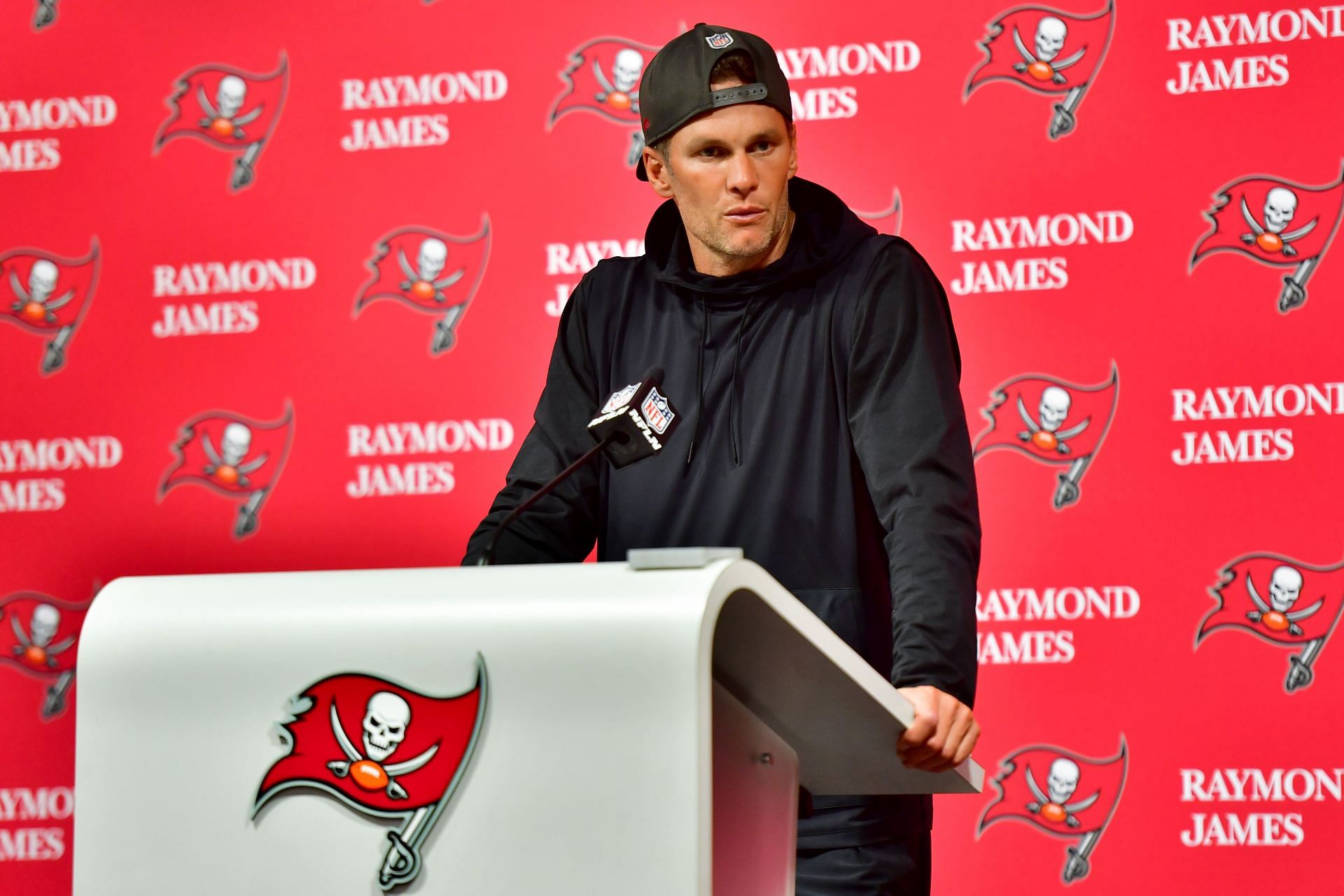 Tom Brady’s upcoming free agency, which has unofficially begun after a 31-14 trouncing at the hands of the Dallas Cowboys, will be one of the biggest stories of the NFL offseason. The most accomplished NFL player of all time will likely be looking for a new home.

Reports suggest that teams will line up for his services, but that may not be a good idea. It’s no secret that Brady was not the Brady of old this year. Everything was a challenge and the team struggled mightily.

One thing Brady does is win, but even that was difficult in a very weak NFC South. The team finished 8-9 (0-1 in the postseason, too) and several of those wins were last-second and very fortunate.

Tom Brady had one of his worst seasons

His numbers were on the decline, too. Despite leading the NFL in pass attempts and completions, he threw for almost 700 yards fewer than the previous season.

He also threw 18 less touchdowns. His 3.4% touchdown percentage was a career-low. He did all that with an NFL-low 2.9% sack percentage, so it’s not as if he was constantly under duress.

His 6.4 average per pass attempt was the lowest he’s had since 2002. It wasn’t a terrible year, but it certainly looks like Brady is on the serious decline.

Perhaps the most telling sign is Pro Football Reference’s Absolute Value stat. This attempts to put a value on a player’s season. Brady in 2022 had an AV of 10. He’s never had a total that low before.

What changed from the season before when there was an argument that he should have won MVP over Aaron Rodgers? The offense added former All-Pro Julio Jones and switched head coaches.

That likely means that, at this stage of his career, Brady needs an absolutely perfect situation to succeed in. That won’t be found with most teams that want to sign him.

Retirement made no sense last season, coming off a near-MVP campaign and showing no signs of slowing down. Now, while it isn’t that likely, it’s probably his best option.

The San Francisco 49ers have discovered a truly plug and play offense for quarterbacks, but will they move on from former first-round pick Trey Lance for the aging Brady? They probably shouldn’t.

Is a 45-year-old Brady really that much of an upgrade over Derek Carr? Probably not.

The Miami Dolphins don’t know what to do with Tua Tagovailoa health-wise. Is the declining Tom Brady worth a shot? Probably not.