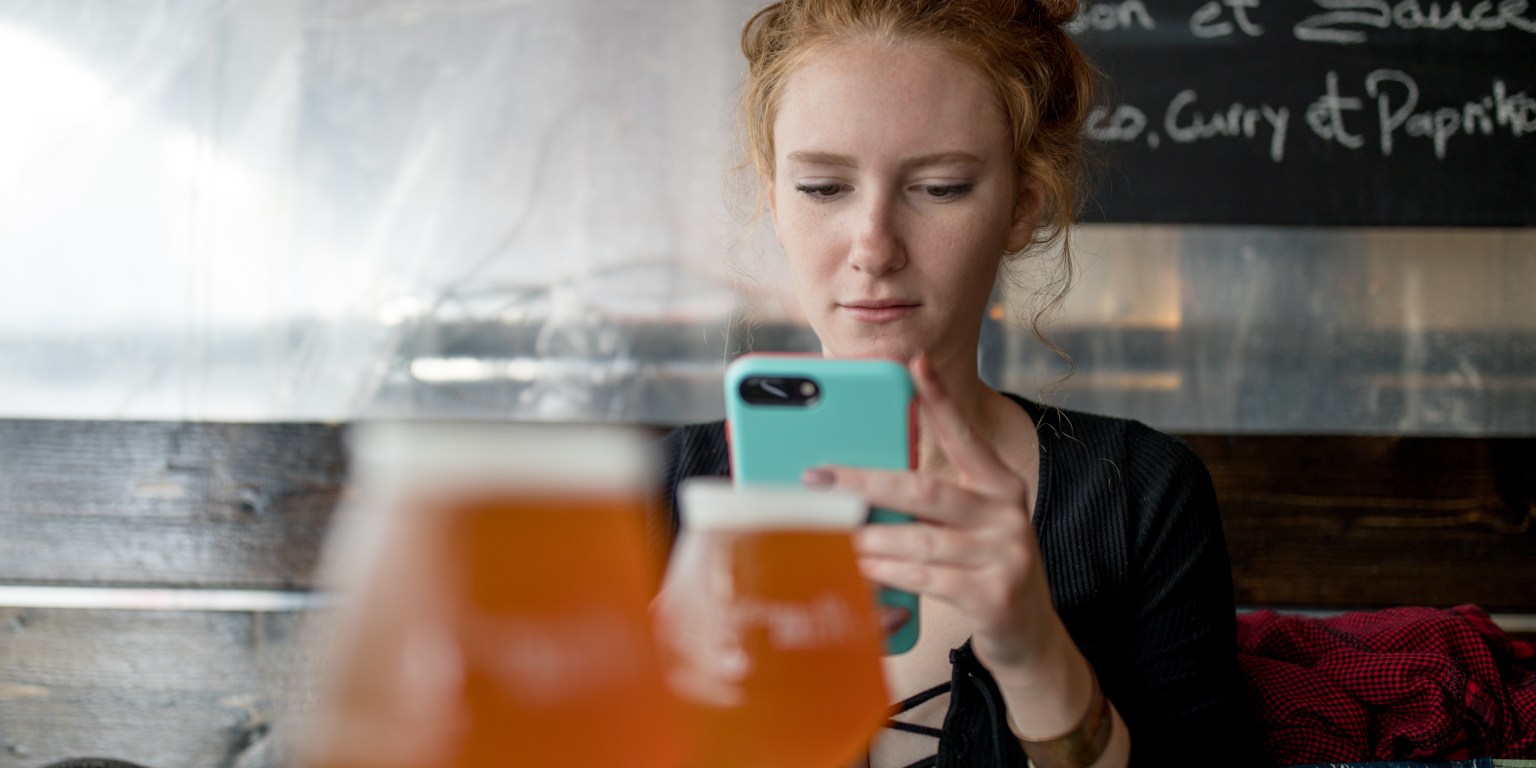 I don’t know what the biggest relationship issue was before the invention of smart phones, but in this digital day and age the culprit behind most issues and confusions is texting.

Women can’t seem to understand why guys take so long to text back and men are either oblivious to all the turmoil their texts (or lack thereof) cause, or they just don’t get what the big deal is!

Trust me, I get it. I’ve been guilty of waiting with baited breath for my phone to make that beloved ding, I’ve played Text Detective, I’ve endured the agonizing pain of a stomach twisted in knots and a mind demanding to know: Why is he taking so long to write back?… Why haven’t I heard from him today, isn’t he thinking about me?… Why are his answers so short and vague, is he not into me anymore?…. Why did he initiate a conversation and then just disappear?

I’ve asked all the questions and have experienced the roller coaster of emotions and overthinking that they produce. But why? Why do we get so wound up and stressed and anxious?

I’ve given this topic a lot of thought and narrowed it down to three main reasons why us ladies work ourselves into such a tizzy over a guy’s texting habits. Here they are…

Reality isn’t absolute, it’s created based on our own experiences and how we interpret them. And we measure other people against a yardstick determined by our own personal codes of conduct. For instance, if a girl likes a guy she may want to text frequently. If this guy doesn’t text her often, she assumes it must mean he doesn’t really like her because when she likes someone she would never, ever, leave them hanging.

What a lot of women have a hard time understanding about men is the way they operate when they’re working on something. Men typically get absorbed in whatever task is at hand, and when they’re in that mode, nothing else exists outside of it. Women, on the other hand, are much more fluid and can shift gears more seamlessly without completely losing focus.

Also, many studies have demonstrated that women primarily gain their sense of worth and self-esteem through their interpersonal relationships. Men primarily gain their sense of worth through their ability to have an impact on the world, from their ability to be “winners.” So in the context of texting and relationships, a woman’s head is always in the relationship, even when she’s at work. I remember times when I would be at work doing what needed to be done and G-chatting all day long with a guy I was seeing. Most women can do this, men typically can’t (at least not the ones with demanding jobs). A guy may start out texting you all day, no matter how crazy his day is, but that will only happen in the early stages of a relationship and simply isn’t sustainable for the longterm.

The reason women get so frustrated is because they expect men to experience relationships the same way they do. She wants to hear from him during the day because that makes her feel cared for and even when she’s at work, she can’t help but think about why he hasn’t texted just to say hi or see how her day is going. She really wants to text him, because she likes him and wants to talk to him, but she doesn’t want to be the initiator so instead she uses restraint and waits/hopes for him to text her, and then hits the panic button when he doesn’t.
Which brings me to my next point…

2. You Think It Means He Doesn’t Care

Men communicate differently than women do, and they usually talk for the sake of achieving some sort of a goal or making a plan. A woman might get upset if she’s having a cute, banter type of back and forth with a guy and then he just stops responding but this really means nothing! To her, going back and forth and being all cute and flirty was their way of connecting, but to him the conversation wasn’t moving toward anything, and he just didn’t see a need to respond further. While the girl might be getting all upset and wondering if something she said turned him off, the guy is just going about his day and focusing on something else and is completely unaware of the mayhem he has incited within her.

Men, in general, are goal oriented while women are process oriented. Men typically talk for the sake of solving a problem or making a plan, while women enjoy talking just for the sake of talking. For women, talking is a way to bond and connect. For men, talking is just a means to an end. What matters more to men is the quality of the time spent with another person. This is why two guy friends can sit on a couch watching the game and say absolutely nothing to each other and still call it male bonding. If two female friends were sitting on a coach not talking, it would be because they were in a fight!

In sum, when a guy doesn’t respond, or gives quick, short responses, what it really means is….nothing at all!

At the heart of why girls get into such a tizzy over the whole texting issue is fear. The fear that this guy isn’t really interested, that he will hurt her, that he’s leading her on or is trying to get something out of her. When we have a fear or belief within us, our psyche will try to find proof to back up how we feel, no matter how destructive that thought is. We all navigate through the world with filter systems that take in information we deem relevant and discard everything else. For instance, if you think no one likes you, you will hone in on people not being nice to you and will disregard all the signs that people do like you.

Liking a guy is scary, especially when the relationship is in the early stages and you’re not quite sure where he stands or if he’s on the same page as you. You feel vulnerable, you feel guarded, you’re nervous… and you don’t quite trust that this one will be different than the rest. So you look for proof that he will hurt you, thus confirming that you’ll never be able to get the kind of guy you want. When you don’t hear from him, it’s not because he’s busy, it’s because he isn’t interested in you, or he’s texting some other girl. If he doesn’t respond to your texts for hours, it’s not because he didn’t have his phone nearby, it’s because he doesn’t think you’re important. If his answers are brief, it’s not because he hates texting and would rather just see you in person, it’s because he’s annoyed by you and doesn’t want you to text him anymore.

I think you get the point. The fact is, we create our own stories and if we let those negative stories stick to the point where we actually start believing them as truth, we also create our own reality, a reality that brings our biggest fears to life.

Just think about the guys who were into you that you didn’t really like. I’m sure you didn’t even notice how often they texted, and you didn’t even care when they replied or what they said. There was nothing at stake… and if you heard from him, cool… if not then whatever. Trust me, I know how hard it is to have this mentality with the guys you do actually like, but what I want you to see is how much of an impact the thoughts we allow into our minds can have.

Solving the whole, “why are men such bad texters” conundrum really comes down to working through your own internal fears and crippling beliefs. When you come out on the other side, you won’t be wondering why he isn’t texting, you won’t even notice. And if you do, then you won’t get upset and take it to mean he doesn’t care, you will feel confident that he does like you because…why wouldn’t he? And if he does fade into the texting abyss never to be heard from again, then whatever! You’ll be freed up to find someone else who does see and appreciate you for who you are and that’s just so much better!

‘Shang-Chi and the Legend of the Ten Rings’ Sparks Online…