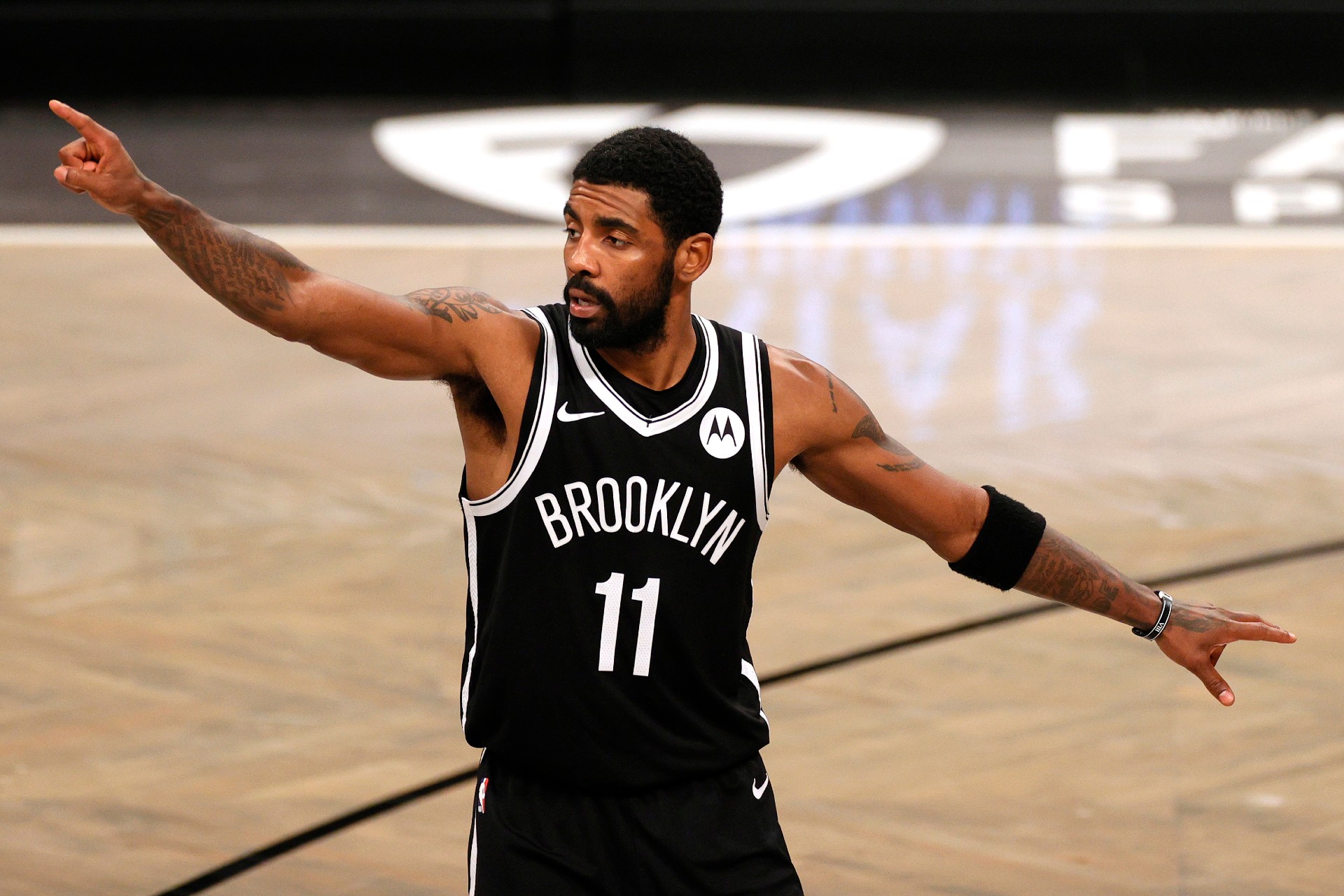 Kyrie Irving’s 2020-21 campaign started with a bang. The Nets guard scored an efficient 26 points in a season-opening win against the Warriors, then followed that up with 37 points in a Christmas Day victory against the Celtics.

The 28-year-old is averaging 27.1 points, 6.1 assists and 5.3 rebounds per game while shooting 50.4 percent from the field and 42.6 percent from 3-point range. The problem? He has only played seven games while his team has played 13.

Irving has not been part of Brooklyn’s lineup since participating in a Jan. 5 contest against the Jazz. There have been rumors and speculation surrounding Irving recently, but little in the way of concrete information.

So what’s going on with Irving? Here’s what we know (and don’t know) about his mysterious absence.

Why is Kyrie Irving not playing?

The Nets continue to list Irving as out for “personal reasons.”

Multiple reports have claimed Irving is sitting out because he was upset after pro-Donald Trump rioters stormed the U.S. Capitol. Irving and the Nets have not commented on those reports.

Brooklyn coach Steve Nash has spoken to Irving, but he has consistently said he does not want to share details about his conversations with the six-time All-Star.

“Ky’s still on personal leave, and all the communication with Ky between the organization, I’m going to keep private,” Nash said on Jan. 10 before a game between the Nets and Thunder. “I’m sure you’ll hear from him at some point.”

Kevin Durant, who joined the Nets during 2019 free agency along with Irving, also declined to get into specifics.

“I won’t speak about Kyrie. I’ll let him do that for himself,” Durant said after the Nets-Thunder game. “I’m sure you guys will see him soon, whenever he comes back, and we support him 100 percent and pray for the best.”

How many games has Kyrie Irving missed?

So far, Irving has sat out five games and is currently expected to miss more.

Irving missed a Dec. 28 contest against Memphis, but that was not related to “personal reasons.” Both Durant (Achilles) and Irving (shoulder) were listed as out for “injury recovery.”

When will Kyrie Irving return to the Nets?

It is unclear when Irving will be back in action not only because he hasn’t given an explanation for his absence, but also because he may have breached the NBA’s health and safety protocols.

The league is conducting an investigation into a video of a maskless Irving celebrating at what appears to be a family birthday party, according to ESPN’s Adrian Wojnarowski and Malika Andrews. If the video is confirmed to be recent, Irving may have to quarantine in accordance with the NBA’s COVID-19 guidelines.

Videos have surfaced of Kyrie Irving at a large birthday gathering alongside his sister, Asia.

Given the size of the gathering & now public nature of it, Kyrie might now have to undergo a quarantine period before returning. https://t.co/McrYtFH9XK pic.twitter.com/U4T1KAvMTl

“We are aware of a video on social media featuring Kyrie Irving at a family gathering. We are reviewing the circumstances with both Kyrie and the NBA in order to determine compliance with health and safety protocols. Kyrie remains away from the team due to personal reasons. A date of his return has yet to be finalized. In the meantime, we will continue to stay focused on our organizational goals. Kyrie will have the opportunity to address his absence when he is ready to do so.”

Additionally, Wojnarowski and Andrews reported that there is “no belief” Irving will return for Nets games played the week of Jan. 10.

Top 10 Netflix Shows Right Now as Ranked by Netflix Itself