Why Dwight Finally Becomes Manager in Season 9, According to Greg Daniels 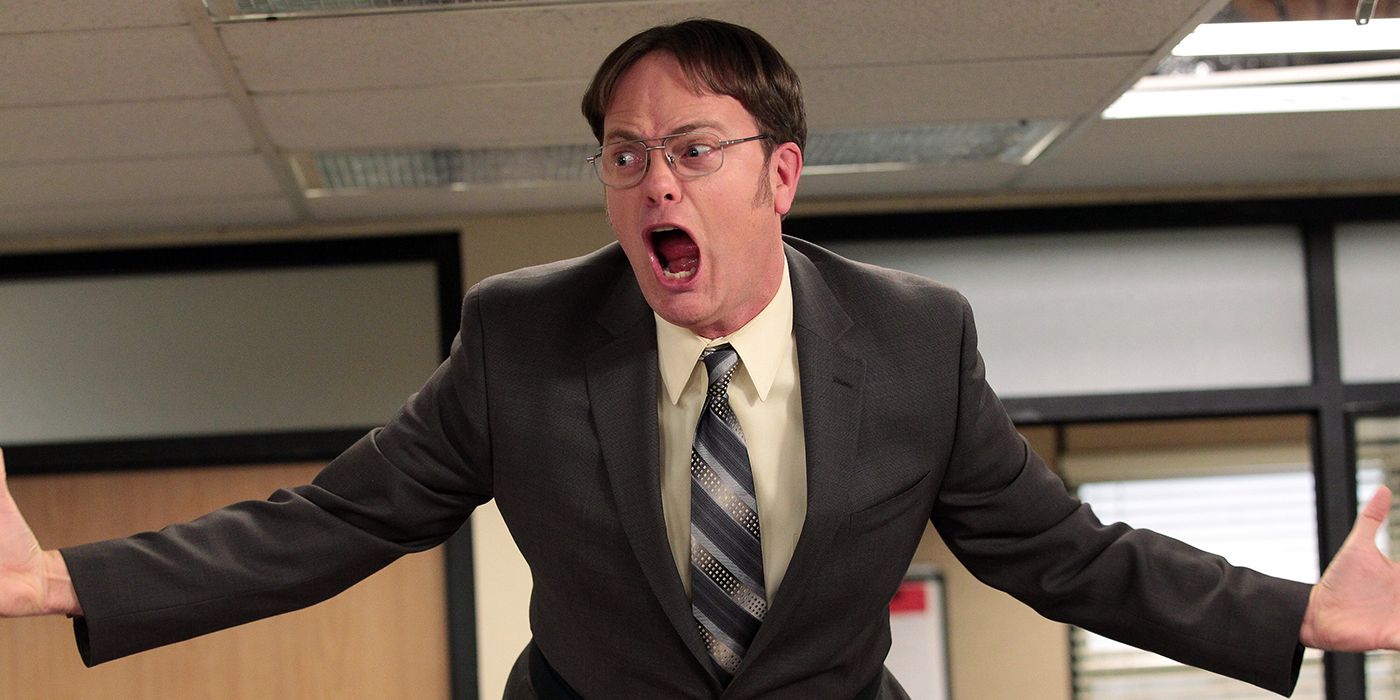 The Office is a TV show that delights in setup and payoff. From the teapot to Ryan’s ineptitude, characters’ wants, needs, and expectations are clearly telegraphed, and then at some point whatever was set up for them pays off in a satisfying (or hilariously terrible, in Ryan’s case) way. But one major running gag throughout the series didn’t pay off until the very end of the show, and that’s Dwight’s (Rainn Wilson) ambition to someday become manager of the Dunder Mifflin office.

Dwight’s aspirations ebb and flow throughout the run of the series, but when his relationship with Michael (Steve Carell) sours a bit, he makes it known he thinks he’d be the perfect manager to run the office. Of course he briefly gets the chance under Jo Bennett (Kathy Bates) and immediately blows it up, but in Season 9 when David Wallace (Andy Buckley) is looking to replace Andy (Ed Helms), he sets his sights on Dwight for the job – with Jim’s (John Krasinski) hearty recommendation.

It’s a major story point as the show heads into its final episodes, and a huge payoff for a long-running gag throughout the series. So when I spoke to The Office showrunner Greg Daniels recently to promote the show’s arrival on the streaming service Peacock, I asked him if making Dwight manager in Season 9 felt like finally fulfilling a long-held idea the writing team had. He said yes, but explained exactly why Dwight deserved to get the job in Season 9:

“Yeah, definitely. And I think that so much about the ending is just finding out did people grow? Did they learn something and then get rewarded for it? And Dwight matured a lot and gained a lot of social skills and was a better person at the end, so he should get his dreams.”

That’s extremely true all around, as the back half of Season 9 especially brings the series to a close in a really meaningful, satisfying way for all the characters. They don’t all thrive, but as Daniels outlines above, those who learned something and changed for the better got rewarded.

But of course, Dwight almost became manager a few seasons earlier. When Steve Carell left the show in Season 7, the writers had to figure out who would succeed him in the manager role. There was reportedly a lot of support for Dwight in the writers room, but the network and studio were pushing to make Ed Helms’ Andy boss based on the success of the Hangover franchise. Ultimately Andy won out, so I asked Daniels if he ever felt regret about not making Dwight boss earlier, and he noted that he wasn’t the showrunner of The Office at the time (he was helping get Parks and Recreation off the ground) and seemed to point out that it wasn’t really his decision:

“The transition period, I wasn’t running the show. That was Paul Lieberstein for Seasons 7 and 8. I was an EP but I wasn’t running it. I don’t know, I mean we certainly discussed a lot of options. But the character of Dwight was not built to be the lead. He’s an antagonistic character, and I don’t know if it would have worked to take that element out of the show and turn him into the lead of the show. I mean I think Andy wasn’t 100% built for it either because he was the Dwight of Stanford.”

Ultimately I think Daniels is right, and Dwight may have had a difficult time transitioning from a hilarious antagonistic character to the lead of the show. Certainly Andy didn’t quite find the perfect groove, as Carell left massive shoes to fill.

All’s well that ends well, however, and the pure delight at seeing Dwight assume the manager role at the end of Season 9 remains one of The Office’s best long game payoffs.

Look for more Office interviews on Collider soon, and be sure to check out what Daniels told me about a potential reboot and Jim and Pam’s Season 9 storyline.

All episodes of The Office are currently streaming on Peacock.

It is a very tough run of games: Ljungberg