Why Darth Vader’s Eyes Are So Red In Rogue One 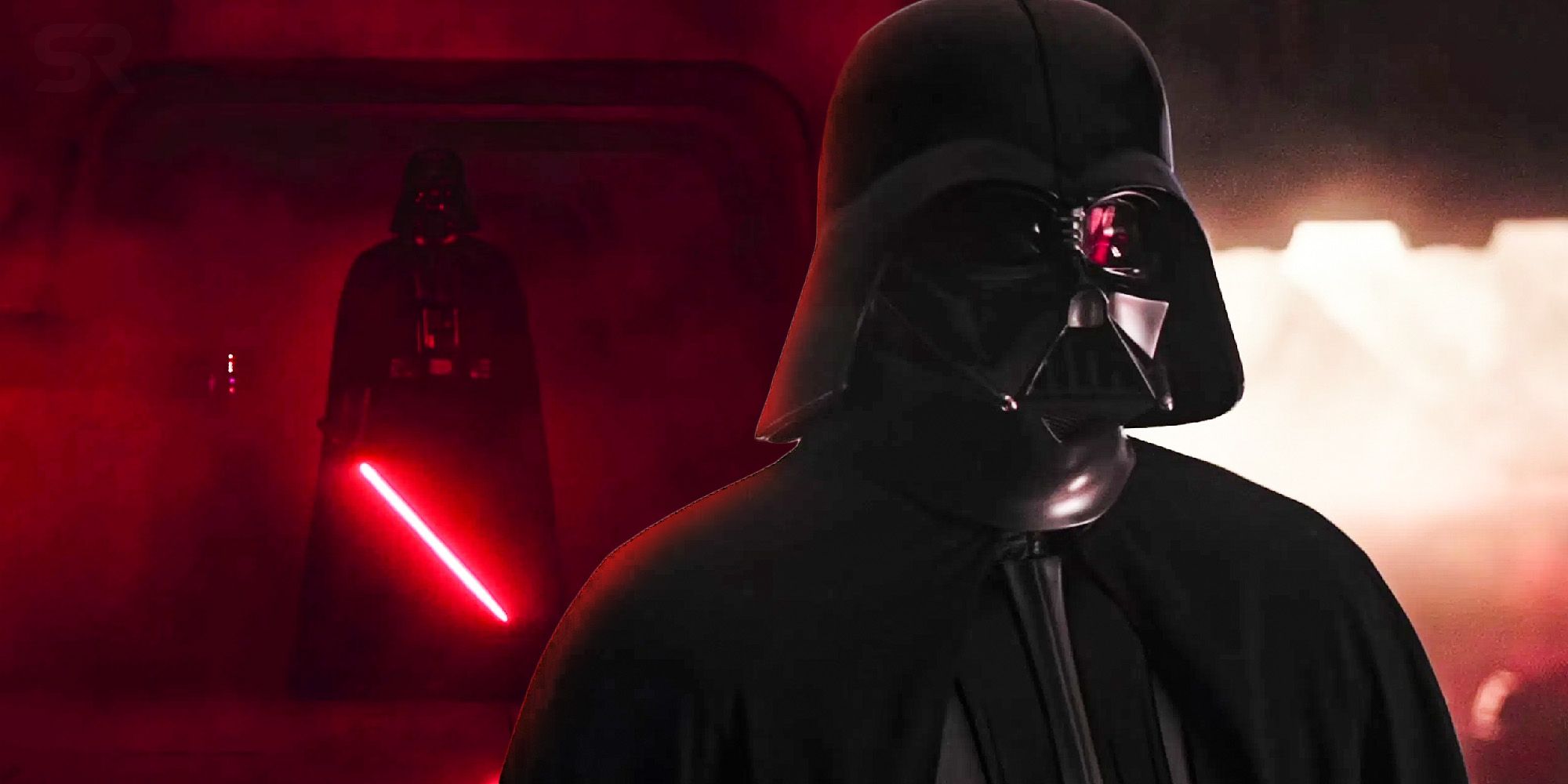 Darth Vader’s red eyes in Rogue One: A Star Wars Story may appear to be an arbitrary update, but there’s a clear explanation to the prominent glow.

Darth Vader returns to the screen in 2016’s Rogue One: A Star Wars Story with red-tinted lenses, a prominent feature not always included in other appearances. One of cinema’s most enduring icons, Darth Vader made his debut in George Lucas’ 1977 sci-fi epic Star Wars and later returned for two sequels and two prequels. Fans were excited at the prospect of rejoining their favorite characters for new adventures upon Disney’s continuation of the Star Wars saga. Rogue One marked the first time Vader had appeared in a live-action feature film since 2005’s Star Wars: Episode III – Revenge of the Sith. Although Vader’s red eyes in Rogue One appear to be an arbitrary update to the legendary villain’s iconic look, continuity and setting provide a clear explanation for the prominent glow.

Careful considerations were taken in constructing Darth Vader’s helmet for his first appearance in Star Wars, accounting for both aesthetic and practical needs. To hide actor David Prowse’s eyes from behind the samurai-inspired helmet, the filmmakers turned to brown and red-tinted lenses. An in-universe explanation for the original red tint was given in Revenge of the Sith when the inner workings of the helmet are revealed to feature a red display. As technology advanced, the practical limitations of Vader’s look were removed, allowing the filmmakers to opt for black lenses in The Empire Strikes Back, Return of the Jedi, and even the exterior mask shots in Revenge of the Sith. This shift away from the slightly red tint made Rogue One’s glowing red eyes even more jarring; however, the film’s timeline and the setting of one particular scene provide an explanation for this helmet feature.

Related: Everything Revealed About Vader Between Revenge of the Sith & A New Hope

Rogue One marked the first spinoff film in the Star Wars universe, providing Disney the opportunity to step away from its chronological continuation of the sequel trilogy and revisit past events. The spinoff story takes place directly before the events of 1977’s Star Wars, ending practically minutes before the original movie begins. For this reason, Vader’s red eyes in Rogue One are necessary to maintain continuity with the first film. His eyes only appear to be a more prominent red in the scene at his castle on Mustafar. The lava planet emits a red glow inside the rotunda where Vader meets Director Krennic, a glow that is reflected in Vader’s eyes. Vader’s appearance at the end of the film, as well as in set photos, reveals an eye color much closer to the rarely visible red of the original lenses.

Prior to Rogue One, Revenge of the Sith was the only other live-action Star Wars feature film to show the planet of Mustafar, and Vader never visited the volcanic lava wearing his helmet and suit. This explains why the more intense red glow in Rogue One had yet to be seen. Moreover, just as the advancement in technology previously played a role in Vader’s look, his most recent depiction was undoubtedly enhanced by state-of-the-art equipment and the second largest Star Wars budget at the time.

It’s important to consider the bigger picture of Darth Vader’s return to the big screen in Rogue One: A Star Wars Story, one that encompasses more than just his prominent red eyes in the scene on Mustafar. The red glow of the planet’s volcanic lava, combined with an ample film budget and updated technology, renders a unique look to Vader’s eyes. However, later appearances in the 2016 film provide a better example of Vader’s intended look that not only acknowledges his original portrayal but correctly places the spin-off story chronologically in the Star Wars timeline. Besides, red eyes never fail to add an extra layer of intimidation in movie villains; just ask James Cameron.

Next: Every Star Wars Movie Ranked Worst To Best

90 Day Fiancé: Ariela & Biniyam Are Not In Ethiopia With Aviel Anymore

Nathan Miranda is a writer and artist with a B.A. degree in Media Arts & Culture from Occidental College in Los Angeles, CA. Prior to writing for Screen Rant, Nathan worked for Regal Cinemas where he helped build and managed their blog, Regal Reel, to which he also regularly contributed.

Nathan teamed with his brother Joseph to publish two children’s books in their World Adventure Series, an educational fiction series featuring characters of different nationalities from around the world. The first two books are available at Amazon in print and ebook.

As an artist, Nathan specializes in colored pencils. His artwork focuses primarily on film and sports. You can view his portfolio on bonusroomart.com