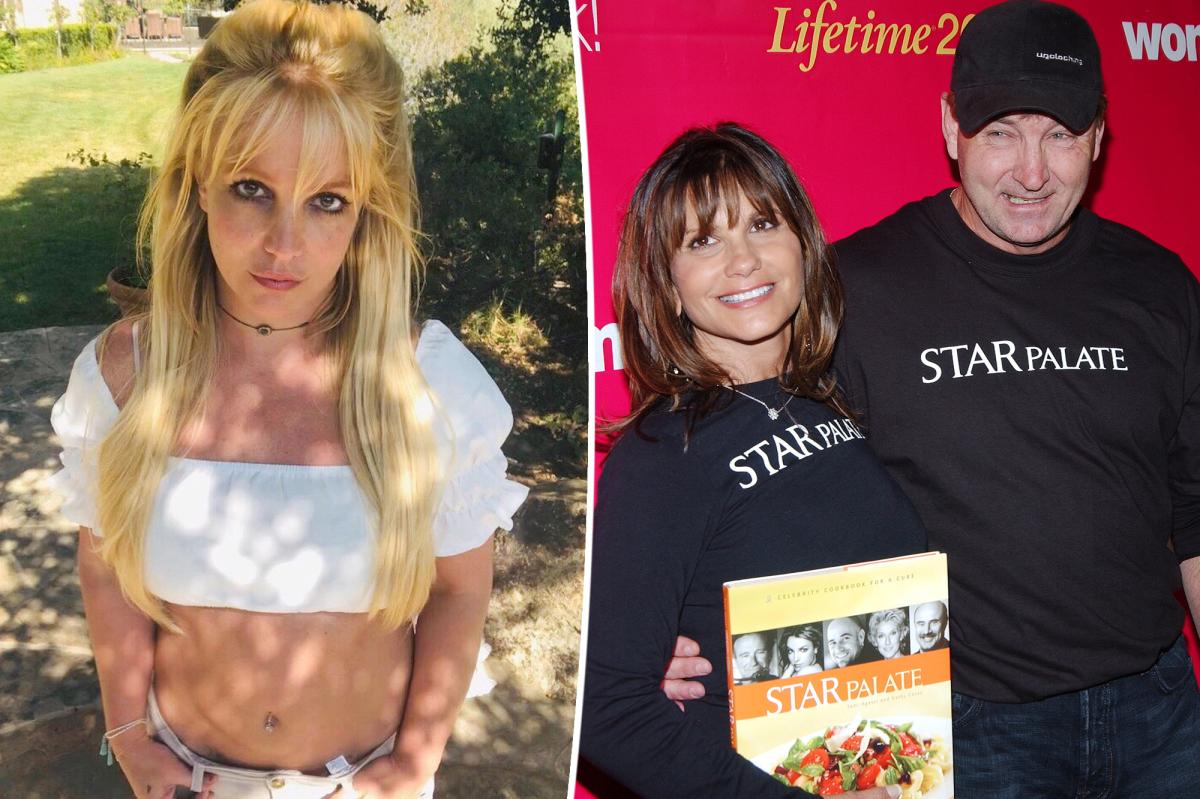 Britney Spears believes her parents, Jamie Spears and Lynne Spears, along with an unnamed woman, “premeditated” plans to put her in a conservatorship.

In a bombshell audio clip briefly posted on YouTube Sunday, the pop star, 40, talked about the moments leading up to when she was taken to a hospital on an involuntary psychiatric hold for the second time in January 2008.

“Honestly to this day, I don’t know what, really, I did,” Britney said. “You have to imagine, none of it made sense to me.”

The “Hold Me Closer” singer said the night prior to police and medics arriving at her house, she had a sleepover with Lynne, now 67, two girlfriends and her mother’s friend. She did not name the latter, but previous reports identified Lynne’s pal as Jacqueline Butcher.

Britney said in the audio clip that her mom seemingly tried to warn her about the imminent hospitalization, telling her that she had “heard” people were coming to “talk” to the “Toxic” singer and even suggesting, “‘We should probably go to a hotel or something.’

“I never really understood what she meant,” the “Overprotected” singer said. “I didn’t believe her. Like, is a lawyer coming here? Who is coming here?”

Britney said about four hours after that chat, “over 200” paparazzi were videotaping her through a window of an ambulance as she was being taken away.

“I know now it was all premeditated,” she claimed. “A woman introduced the idea to my dad, and my mom helped him actually follow through and made it all happen.”

Britney did not go into detail about the “woman” who allegedly introduced the idea of a conservatorship to Jamie, but business manager Lou Taylor of Tri Star Sports & Entertainment Group has been accused of playing a pivotal role in the guardianship.

“Jamie was going to file for the conservatorship on January 22 … but he and his business manager, Lou, felt God leading them to wait, fast and pray, despite the frustration of a phalanx of lawyers,” the Rodans and Fields consultant wrote.

More recently, emails that Taylor allegedly sent to Jamie at the onset of the conservatorship were included in public court documents in July.

In one of the exchanges, the business manager alerted Britney’s dad that she had “talked to” his then-lawyers, Geraldine Wyle and Jeryll Cohen, about Andrew Wallet, the attorney who would go on to help manage Britney’s money for 11 years, and that Wallet and Tri Star would “serve as co’s [co-conservators]” with Jamie.

However, attorney Scott Edelman previously told Page Six on behalf of Taylor that the emails are “materially misleading.”

“As all the evidence makes abundantly clear, the conservatorship was set up on the recommendation of legal counsel, not Tri Star, and approved by the court for more than 12 [sic] years,” the lawyer added. “In fact, Tri Star was not even the business manager for the conservatorship when it was established.”

Taylor has also denied her role in the conservatorship, claiming in a statement to Page Six in September 2021 that said she played “no role whatsoever.”

However, Britney maintained in her bombshell audio clip that she was “set up.”

“There was no drugs in my system, no alcohol, nothing,” the “Stronger” singer insisted. “It was pure abuse, and I haven’t even really shared even half of it.”

Butcher, Lynne’s pal, previously came forward to express her regret over the role she played.

“At the time, I thought we were helping,” she told the New Yorker in July 2021. “And I wasn’t, and I helped a corrupt family seize all this control.”

A Los Angeles judge terminated Britney’s conservatorship in November 2021, saying it was “no longer required.”

Denial of responsibility! My droll is an automatic aggregator of the all world’s media. In each content, the hyperlink to the primary source is specified. All trademarks belong to their rightful owners, all materials to their authors. If you are the owner of the content and do not want us to publish your materials, please contact us by email – [email protected]. The content will be deleted within 24 hours.
Britney Spearscelebrity crimescelebrity familiescelebrity lawsuitsJamie Spearsscandals
0
Share

This new Google Meet update could be a real career-saver