Who’s the New Black Panther? Here Are the Most Epic Potential Characters That Could Take Up the Mantle 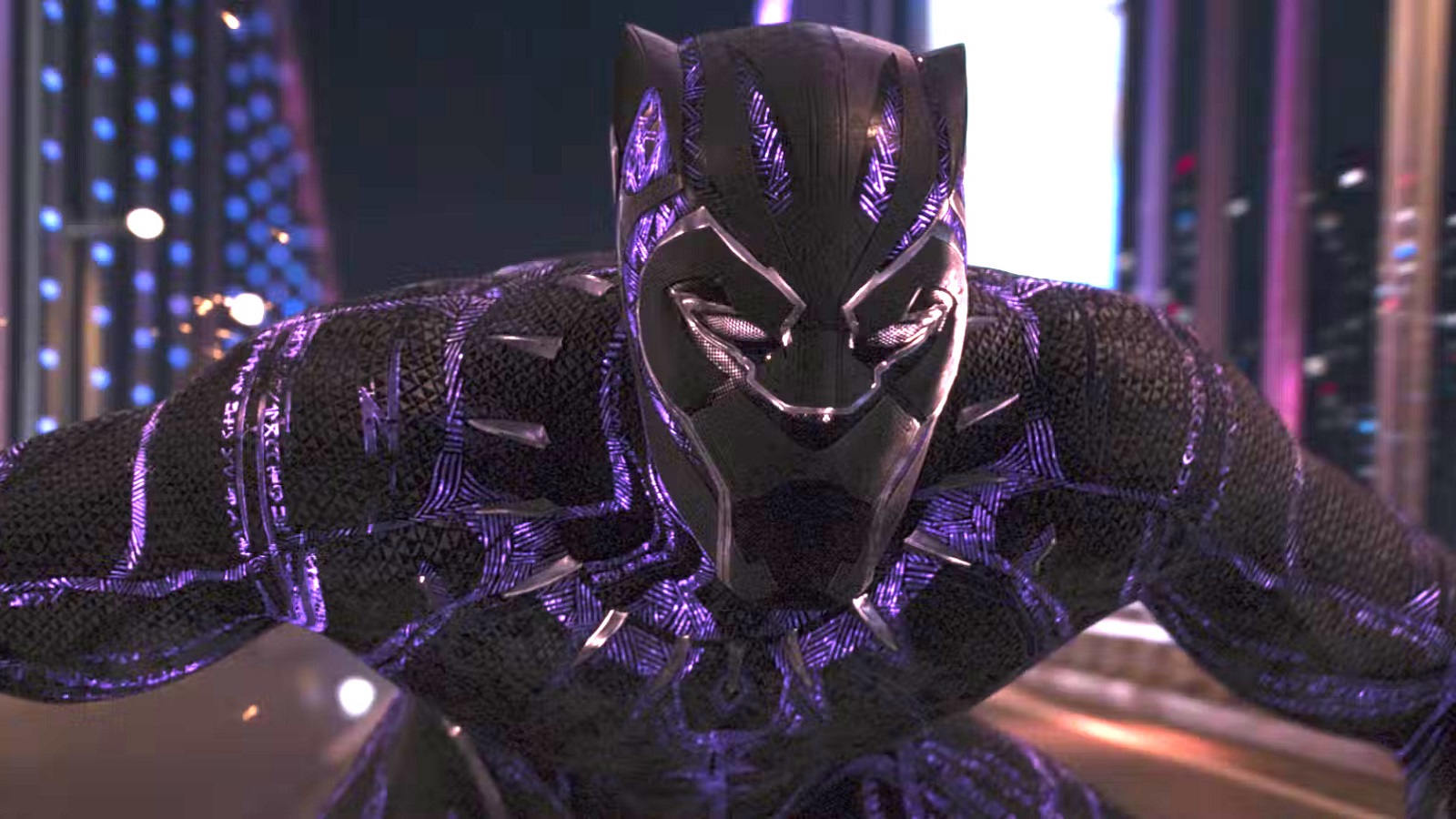 The Black Panther: Wakanda Forever trailer was one of the best things to come out of San Diego Comic-Con and has officially started the hype train on the much-anticipated sequel.

We now have confirmation the movie will show a conflict between Wakanda and Atlantis, though we still don’t know who’ll be taking up the titular mantle. After Chadwick Boseman’s tragic death in 2020, director Ryan Coogler was left in a tough spot, as Boseman’s T’Challa wasn’t just critically acclaimed but genuinely inspirational. Marvel Studios soon confirmed it wasn’t going to recast or attempt a posthumous CGI performance, so who’ll be behind the mask?

The trailer plays that card close to its chest, so here’s a rundown of the candidates and who’d be the most epic:

T’Challa’s sister Shuri taking over her brother’s role seems to make a lot of sense. She’s intelligent, resourceful, knowledgeable about Wakanda, and has proved her mettle in combat many times over. In Infinity War and Endgame, she stood alongside the biggest heroes in the world to first defend her country and then the Earth against Thanos’ forces. In addition, her Marvel Comics counterpart became the Black Panther while T’Challa was out of action.

Despite Shuri being the most likely option, there are a few things working against her. Her brief time as Black Panther was curtailed by the Panther God judging her to be too arrogant, though he eventually recognized her bravery. It’s also possible that the MCU Shuri is too science-focused to embrace the mysticism of the role. This means while we probably will see Shuri don a version of the costume in Wakanda Forever, she may have rejected the role by the time the credits roll.

Plus Letitia Wright sounds like a bit of a PR nightmare, so Disney may want to look elsewhere.

Everyone loves a redemption arc, right? Michael B. Jordan’s charismatic villain was a highlight of Black Panther, and the Wakanda Forever trailer set tongues wagging with a glimpse of someone in a Black Panther outfit with familiar gold accents. The fly in the ointment is that Killmonger is dead, though, in a franchise full of magic flowers, extradimensional beings, and a full-on multiverse, there are many routes to bring him back from the dead.

But Jordan won’t confirm whether he’s even in Wakanda Forever or not (“Who knows how things are going to shake out?”) and any resurrection would undermine his excellent death scene in the first movie. If you wanted a way of showing how T’Challa’s legacy lives on after his death, his greatest foe achieving redemption and forgiveness in his name would be a touching way to do it.

Danai Gurira’s Okoye is the Dora Milaje General, leader of the Wakandan military, and one of the most talented martial artists in the MCU. As a measure of her skills, she faced off against Proxima Midnight in Infinity War and came out on top – and that’s without any powers or superhuman enhancements.

Standing in her way is that she’s clearly devoted to the Dora Milaje and becoming the Black Panther would mean stepping out on her own to operate alone. So much of Okoye’s personality is bound up with her warriors that it’s difficult to see her abandoning them.

Lupita Nyong’o’s Nakia has no such ties to the Dora Milaje, instead acting as a solo espionage operative to protect Wakandan interests around the world. In Black Panther, we saw her using her Master Spy abilities to infiltrate criminal groups, though her smarts are backed up by martial arts mastery and her Ring Blade Chakrams.

Nakia had a close relationship with T’Challa and is likely to be particularly distraught over his death, so her wanting to do justice to his memory may give her a good claim to the title. It’ll be interesting to see where Wakanda Forever takes Nakia, as in Marvel Comics her character is often more of a villain, working under the codename of Malice and becoming addicted to the power-granting Jufeiro Herb.

Winston Duke’s Lord M’Baku was teased as a ruthless leader in Black Panther, but it turns out he’s not so bad once you get to know him. Though M’Baku put up a fierce fight against T’Challa at his coronation, the two developed a mutual respect for one another, with M’Baku going on to play key roles in the fight against Killmonger, Thanos’ forces in Infinity War, and leading his tribe into action during Endgame‘s Battle of Earth.

We know M’Baku thinks he could lead Wakanda and he should be a major player in fighting Atlantis, though at this point he’s an outside bet as the new Black Panther.

The Wakanda Forever trailers put Angela Bassett’s Queen Ramonda front and center with a fiery speech about how she’s lost her entire family (watch out, Shuri!) and apparently leading Wakanda into battle against Namor’s Atlantean forces. So, as the de facto ruler of the country, why shouldn’t she follow in the footsteps of her husband and son by becoming the Black Panther?

Your first reaction may be that Bassett is too old to become the hero, but at 63, she’s only six years older than Robert Downey Jr. On top of that, most of the Black Panther action sequences feature CGI characters, so Bassett wouldn’t necessarily need to spend days swinging about on wires (though if it came to it her brutal workout routine indicates she’d be fine).

We’d love to see Bassett take the role, but it’s definitely an outside bet. Even so, if there are any surviving Heart-Shaped Herbs out there, she’ll likely know where.

Michaela Coel’s Aneka is a new addition to Wakanda Forever and seems to be the combat instructor of the Dora Milaje. Right now we don’t know much about her save that she’s obviously a skilled warrior.

There may be some clues as to her role in her Marvel Comics counterpart. There she uses the ‘Midnight Angel Armor’, a Dora Milaje prototype with flight capabilities. Interestingly, she’s heavily featured in the comics arc in which Namor attacks Wakanda. After assisting in post-battle cleanup, Aneka discovered T’Challa socializing with the Atlanteans and was so disgusted at his apparent betrayal, she refused to follow him any further.

Hear us out! As of Ms. Marvel, mutants are a thing in the MCU, and we should expect to begin seeing versions of familiar characters pop up across the franchise. In Marvel Comics, Ororo Munroe/Storm has strong ties with Wakanda, being the former wife of T’Challa and the beloved Queen of Wakanda.

Perhaps Marvel is playing their cards very close to their chest, and we’ll see a new character introduced with rolling thunder and crackling lightning, with those abilities making them a perfect candidate to step into the Black Panther suit. It’d be a huge twist, though admittedly wouldn’t make much sense.

Even so, now that the cork is popped on MCU mutants, we wouldn’t be surprised if the MCU’s Storm is teased or even introduced in Wakanda Forever‘s credits scenes.

It’s late in the movie and things are looking bad for Wakanda. The Atlantean forces are poised to make their final strike at the heart of Wakanda, and all hope is lost. Then there’s a familiar musical cue, and we see the Dora Milaje united as one in Black Panther gear, vowing to honor T’Challa’s memory as one. The audience goes bananas.

It’s worth considering that Wakanda Forever probably won’t see just one Black Panther (after all, even the first movie technically had two of them) so what better way to show how important T’Challa was than have him inspire the actions of the Dora Milaje as a whole? Perhaps the logistics of getting hold of that many suits would be tricky, though there’s got to be some kept in storage for a very special occasion.

Though Marvel isn’t recasting the MCU T’Challa, that doesn’t necessarily rule out his return from across the multiverse, played by another actor. Though theoretically possible, we’d be disappointed if they went down this route, as it’s recasting the role in all but name. So far we’ve seen no indication that multiversal shenanigans are going to be a part of Wakanda Forever, but as Phase Four is now officially part of the “Multiverse Saga”, who knows?

Having said all that, we’re pretty sure Ryan Coogler is smarter than this and there’d be a massive audience backlash against any actor trying to fill Chadwick Boseman’s shoes, even if it was technically a different character.

As you can see, there are a ton of potential characters that could take up T’Challa’s mantle. Some of these are definitely outside bets, but Marvel has often zigged where fans thought they’d zag, so we could be in for a big surprise come November.