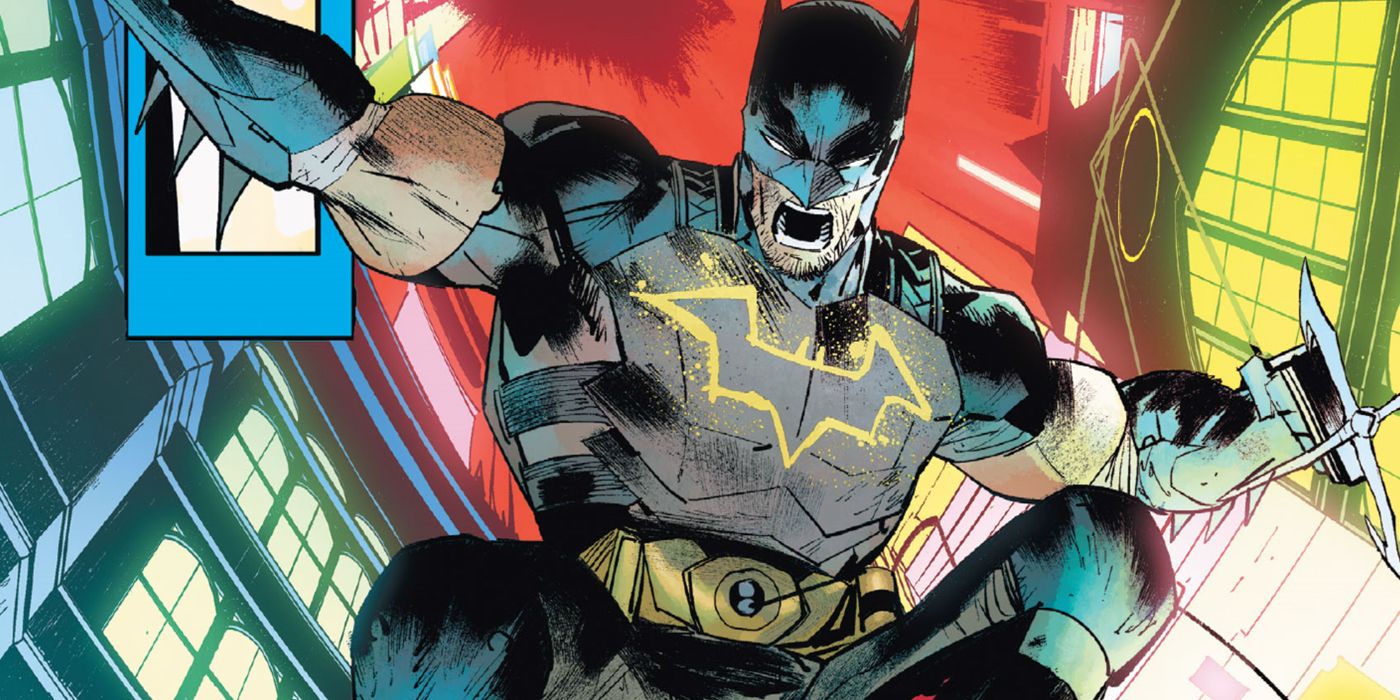 In Future State: Dark Detective #1, Batman goes up against the Magistrate’s Peacekeeper-01, a masked villain who Bruce may know very well.

Future State” has introduced a Gotham City that is incredibly different than the one of the regular DC Universe. In this version of the future, Batman and the rest of the Bat-Family are no longer hailed as the heroes they once were. Now, law and order are kept throughout the city thanks to the Magistrate, a militarized organization that works with the mayor’s office to keep the peace and to hunt down anyone who dares wear a mask.

Vigilantes are now outlawed in Gotham City and, in Future State: Dark Detective #1, it’s finally revealed how Bruce Wayne is faring in this new status quo, and it isn’t exactly going well for him. Worst of all, he has a mysterious new enemy he might actually know, Peackeeperer-01, who is intent on taking him out.

Peacekeeper-01 is introduced right at the start of Dark Detective #1. The villain is the leader of the Magistrate’s armed forces, and he comes face-to-face with Bruce Wayne, revealing he knows who he is. This means that it’s likely that Peacekeeper-01 and the Magistrate know that Wayne is Batman. The villain shoots his target in the stomach, and although he is left for dead, Bruce can recover from his wound. Later, the Magistrate announces that both Wayne and Batman were killed separately. If the Magistrate knows Wayne is Batman, it remains unclear as to why they are not publicly announcing that the city’s popular playboy billionaire was a masked vigilante. It may be part of their larger plan to keep the peace. Whatever the reason behind it, Peacekeeper-01 emerges not only as a terrible menace, but as a mystery.

Peacekeeper-01 is now essentially the top cop in Gotham. They are, for lack of a better comparison, the city’s new Jim Gordon. For the time being, however, the character’s identity remains hidden. Throughout their appearance in the book, the villain keeps their mask on, which means there is no way to tell who could be hiding underneath it. Normally, a villain who keeps their identity a secret for an extended period of time often means that it’s someone that has been seen before. And since “Future State” takes place in a dark, dystopian Gotham City where everything is different, Peacekeeper-01 may be actually someone known to Gotham City and the DC Universe.

Dark Detective shows that Peacekeeper-o1 has set his sights on Wayne, the former Batman, and current Dark Detective. He is the villain’s primary target, which indicates that there might be more to this story. He could be a former member of the Bat-Family that is still unaccounted for, like Damian Wayne or Jim Gordon himself. The character could even be a villain with previous history with Batman, one who is using the veil of the Magistrate to operate freely in Gotham and to finally accomplish their goal to kill Batman. Whoever is ultimately under Peacekeeper-01’s mask, it may be someone Bruce Wayne knows, and matter who that ends up being, it could make for a shocking revelation.

When is the 4th SEISS grant available? | Personal Finance | Finance