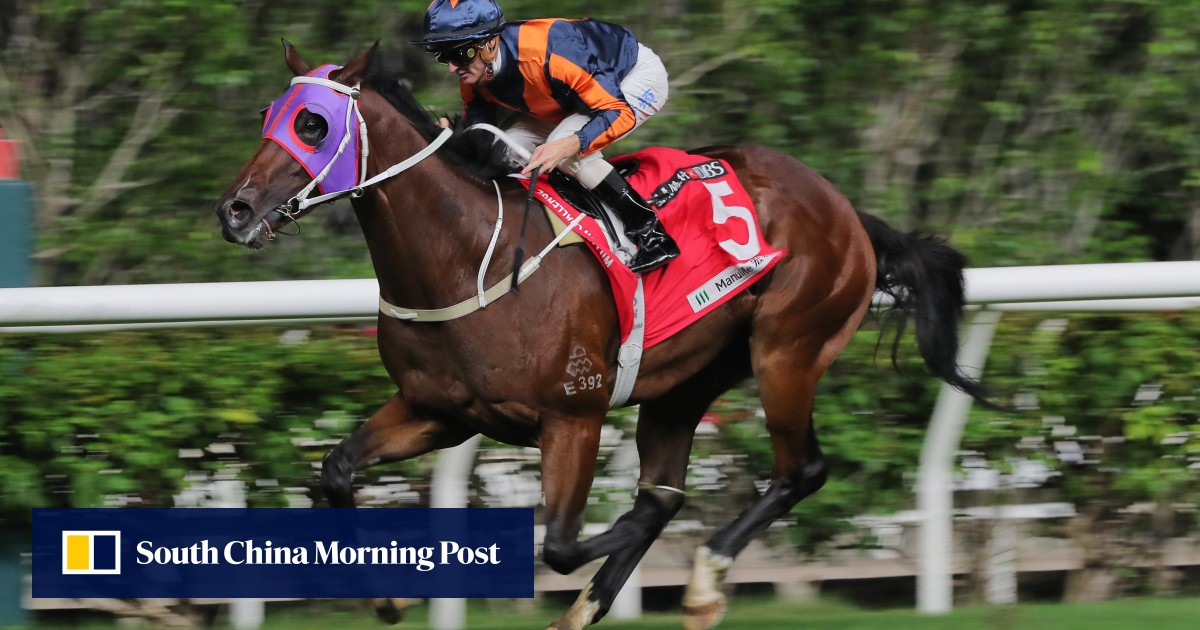 Whizz Kid holds a Group One Hong Kong Sprint (1,200m) entry, but Tony Cruz’s focus is very much on finding another race at the city circuit for his Happy Valley specialist after Wednesday night’s romp.

Whizz Kid made it a perfect four from four over the Valley 1,000m with victory in the Class Two Po Yan Handicap, stopping the clock at 55.89 seconds – just .04 of a second outside Stoltz’s track record.

While Cruz admits he will probably have to take Whizz Kid back to Sha Tin to find a race for him, it will be purely as a stopgap until another five-furlong Valley dash appears on the programme.

“He loves this track here. He’s really only a 1,000m horse, and he needs to go around a turn. He’s really professional at Happy Valley,” Cruz said.

“The problem is, there’s no race for him here. For this horse to win again, he needs 1,000m at Happy Valley. But when’s it going to happen? We don’t know yet.”

After travelling outside fellow leader Classic Unicorn down the back straight under Zac Purton, Whizz Kid took the race by the scruff of its neck turning for home and pulled away to beat runner-up Rock Ya Heart by two and three-quarter lengths.

Purton made it a running double aboard another smart speedster half an hour later, taking out the Class Three Seymour Handicap (1,000m) aboard the Frankie Lor Fu-chuen-trained Heroic Master.

After a four-timer at Sha Tin on Sunday, De Sousa picked up where he left off with victory in the opening event – the Class Five Bonham Handicap (1,650m) – on the Francis Lui Kin-wai-trained London Luckystar.

The Brazilian then followed up with success atop Manfred Man Ka-leung’s Island Surprise in the Class Four Po Hing Handicap (1,200m), at which point he had ridden six winners from his past 11 rides.

Seven of Ferraris’ nine winners this season have come at Happy Valley, with the young South African striking at 17 per cent at the city circuit.

“Very happy. Great to get one on the board for Caspar and one for Pierre – he’s doing a great job,” Ferraris said. “The season started off well, went through a bit of a quiet patch and it’s good to get a double on the board now. Long may it continue.”

Tony Millard snapped a drought dating back to opening day thanks to the victory of Intrepid Winner in the Class Three Po Yee Handicap (1,800m), with the veteran handler’s second winner of the campaign ending his 65-runner dry spell.

Intrepid Winner, who finished down the field in last season’s Classic Cup, broke through in Hong Kong at start 11, and Millard was quick to heap praise on jockey Harry Bentley.

“Harry rode a very good race. We always thought the pace would be on. He’s a nice Class Three horse. He’s no superstar,” Millard said.

“Harry really got the best out of him tonight at the right time because I think another two strides past the post, I don’t think he’d have been there.”

Lui was the only trainer to double up on the evening, bookending the card thanks to London Luckystar’s success and the victory of Star Brite in the closing Class Three Tai Ping Shan Handicap (1,200m).