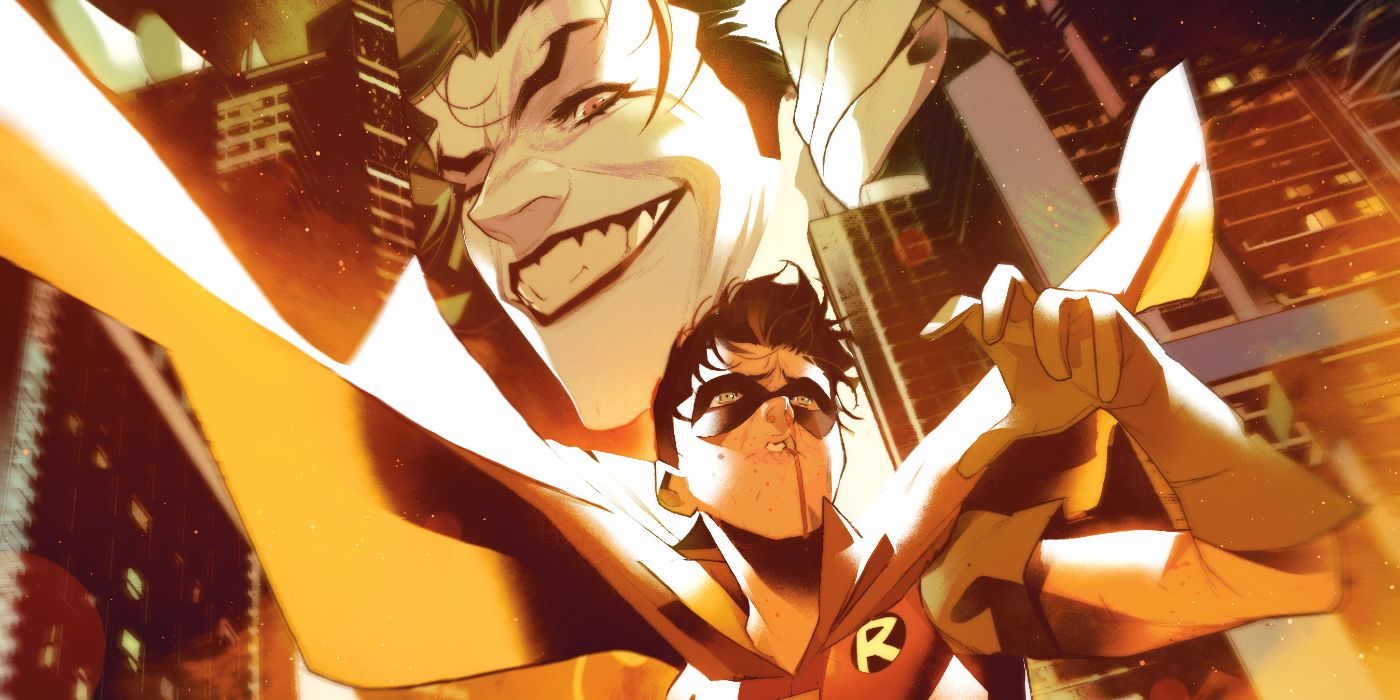 Batman: White Knight Presents – Red Hood is a spin-off delving into the experiences of Jason Todd in Sean Gordon Murphy’s alternate Batman universe, and the first issue promises a close look at Jason’s traumatic experience at the hands of the Joker.

DC revealed a first look into Batman: White Knight Presents – Red Hood at San Diego Comic-Con. In the so-called “Murphyverse,” Jason Todd was the first Robin, while Dick Grayson was the second. As revealed in the original Batman: White Knight series of 2017 and 2018, Jason was mercilessly tortured by the Joker, who forced the teen to give up Batman’s secret identity. After getting what he wanted, the Joker let Jason go — and the traumatized sidekick disappeared from Gotham, with Batman presuming that he was dead.

The 2019 and 2020 series Batman: Curse of the White Knight brought Jason back to Gotham in its final chapter, and Batman: Beyond the White Knight has seen Jason reconcile with Bruce Wayne. Batman: White Knight Presents – Red Hood, written by Murphy and Clay McCormack, delves deeper into the former Boy Wonder’s life. A preview for the first issue, lavishly illustrated by Simone Di Meo, shows a glimpse of Jason’s early training, as well as his torture at Joker’s hands.

The cover of the issue also shows Jason with his own partner — a female Robin named Gan that he enlisted, inadvertently mimicking the actions of Bruce. In an interview published in Batman: Beyond The White Knight #4, Murphy said that Jason would be depicted in the book as “a bit of a bruiser; the kind of guy who sadly thinks he’s past his prime,” and Gan would help him snap out of this funk. “At first, he only agrees to train her out of spite (he’s determined to do a better job than Bruce did),” Murphy pointed out. “But eventually he really starts to appreciate Gan, forcing him to empathize more with Bruce, which leads him toward the path of forgiveness.”

Jason’s character progression continues in Batman: Beyond The White Knight #6, which bears a cover DC also revealed at SDCC showing him standing alongside Dick Grayson. In the Murphyverse, Dick currently wears a police badge and bears a massive chip on his shoulder against Bruce, blaming him for driving Gotham into ruins. His feelings towards his role as Jason’s successor are also murky, and an inevitable confrontation is brewing for the climactic moment when the two former Robins finally meet.

This Couple Made $177,000 Renting Out their Pool on the Swimply App