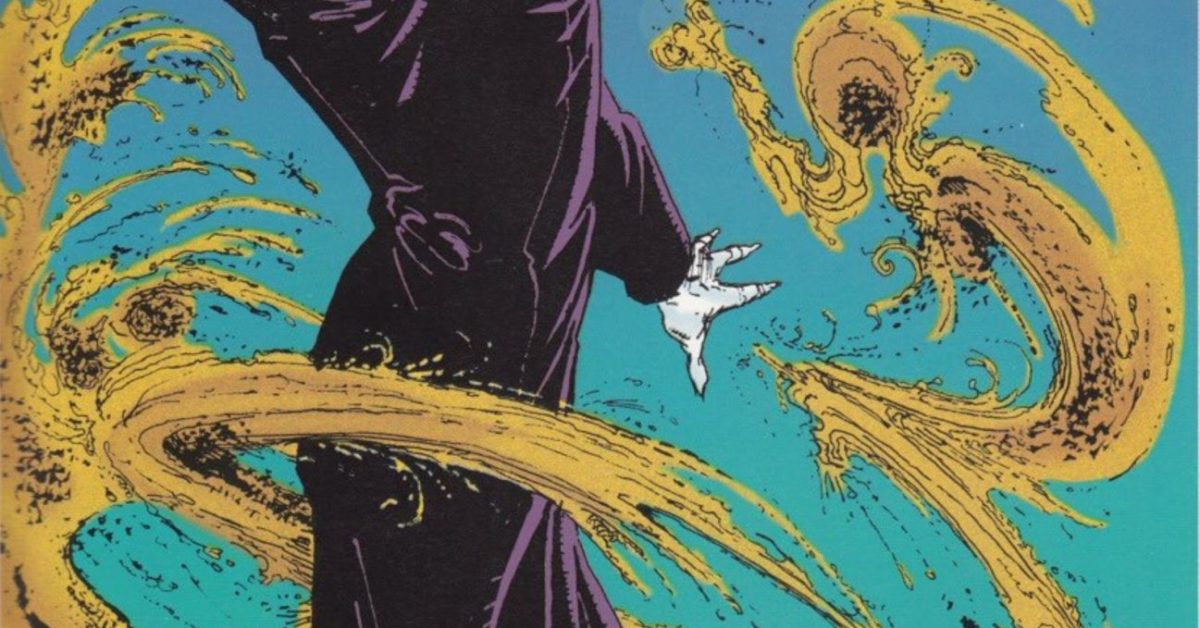 The history between Todd McFarlane and Neil Gaiman is a rather strained one. Todd McFarlane hired Neil Gaiman to draw an issue of Sandman, as well as the spin-off mini-series Angela, in which he introduced characters such as Angela, Cogliostro, Medieval Spawn, Anahita, Kuan Yin, Saranyu, Surielle, Callindra, Metatron, Rafael and Smut. The legal cases that followed that would also involve the rights to Miracleman, ended up with Neil Gaiman owning Angela – who he then sold to Marvel Comics. And Smut, created by Gaiman and Greg Capullo, was gifted to the Comic Book Legal Defence Fund.

But, as Neil Gaiman was writing Spawn for McFarlane to draw, Todd McFarlane created a pin-up page for Sandman #50, and reflects a stranger time in comic books. Alongside other pin-ups from other Neil Gaiman collaborators Dave McKean, Michael Kaluta, Scott McCloud, Michael Zulli, and John Totleben. An extra-length story drawn by P. Craig Russell who has become one of Neil Gaiman’s longest-running collaborators, courtesy of the adaptation work from Dark Horse Comics.

The comic, Ramadan, tells the story of Caliph Haroun Al Raschid, King of Baghdad, lives in a wondrous version of Baghdad, the city of legend, or stories, but very real at this time. He believes that this Baghdad is as good as the world will ever get – but knows that the city will fade, will fall to ruin, this is the way of things, and during the month of Ramadan deals with Morpheus to preserve this Baghdad in dreams, in return for ensuring a version of it survives forever in the waking world.

The Caliph wakes in a mundane, dirty, version of Baghdad, one without magic and wonder – but that version survives in stories, memories and dreams. The price of getting what one wants is getting what one once wanted. The Netflix adaptation of this issue, in all its glory, is much anticipated in years to come. And now, Heritage has a copy of Sandman #50 in CGC slab condition of 9.8, going under the hammer today, currently with bids totalling $58.

Meet What Might be the World’s Smallest Cybersecurity Device