When Shardul Thakur did not deliver Ravi Shastri’s message 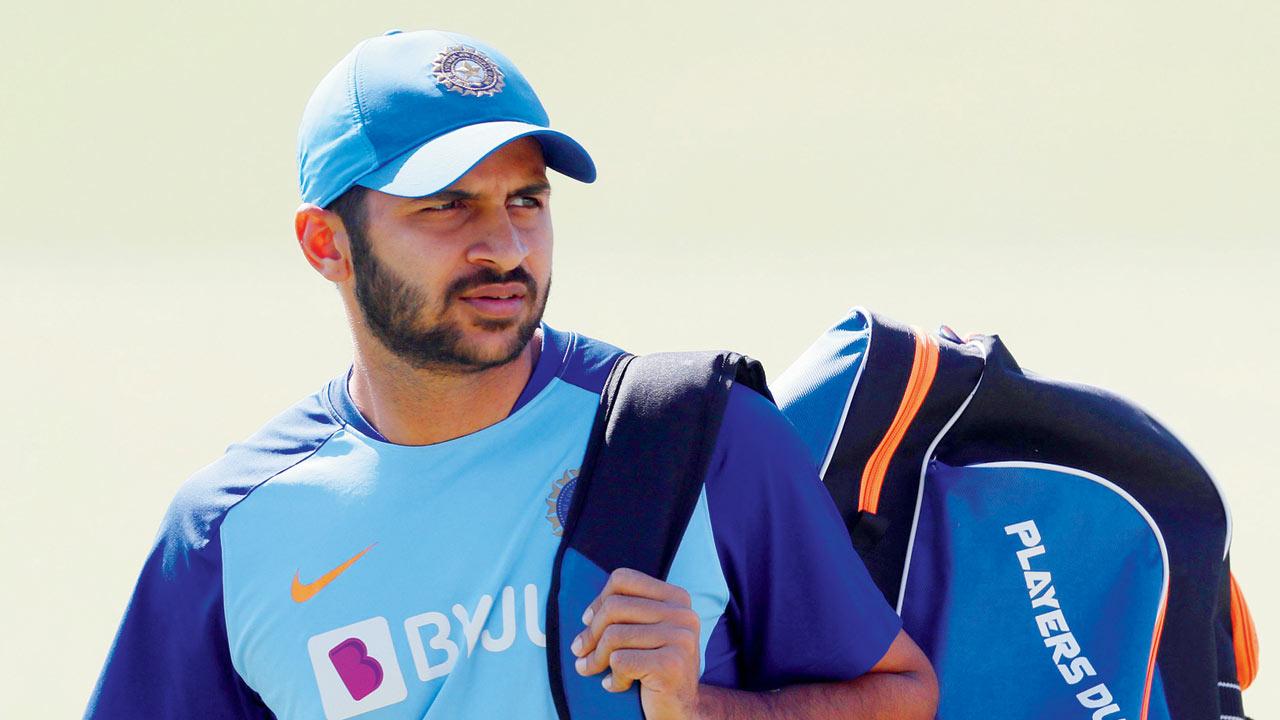 Shardul Thakur, who was one of India’s heroes in the fourth Test at Brisbane, also had a role to play in the third drawn Test at Sydney. This was revealed during Ravichandran Ashwin’s YouTube chat with India’s fielding coach R Sridhar on Friday.
The Mumbai cricketer, who was 12th man for the third Test, was sent out to deliver head coach Ravi Shastri’s message from the dressing room when Ashwin and Hanuma Vihari were stitching together their 62-run, match-saving partnership at the Sydney Cricket Ground on January 11.
However, Thakur decided not to pass on any instructions to the unbeaten batsmen, both of whom were not in the best physical shape. Ashwin and Vihari batted for 289 balls to ensure India headed into the final Test with the series 1-1. Ashwin scored an unbeaten 39 off 128 balls while Vihari managed 23 not out off 161 balls.
Sridhar said that Shastri asked Thakur to convey a clear message which had the Mumbai bowler “almost shivering.” The head coach’s advice was, “Ashwin is the best batsman against Nathan Lyon in this entire team. So, he should bat from this end. He has a huge stride which helps him negate spin so well. Vihari is managing Starc and Cummins really well, getting under those bouncers. So ask them to continue.”
Thakur sprinted onto the field in between overs as instructed by Shastri. Ashwin revealed: “He was catching his breath when he reached us. We were like, ‘just say it man’ while drinking water. Shardul said, ‘they told me so many things from the dressing room but I am not going to say any of it. You guys are doing a great job. So please continue.’ ”

MS Dhoni Enjoys Vacation In The Hills With Daughter Ziva.…

What Job Rebecca Parrott Does For A Living & Her Net Worth

Inevitable that Google, others will pay for news: Australia treasurer Josh Frydenberg