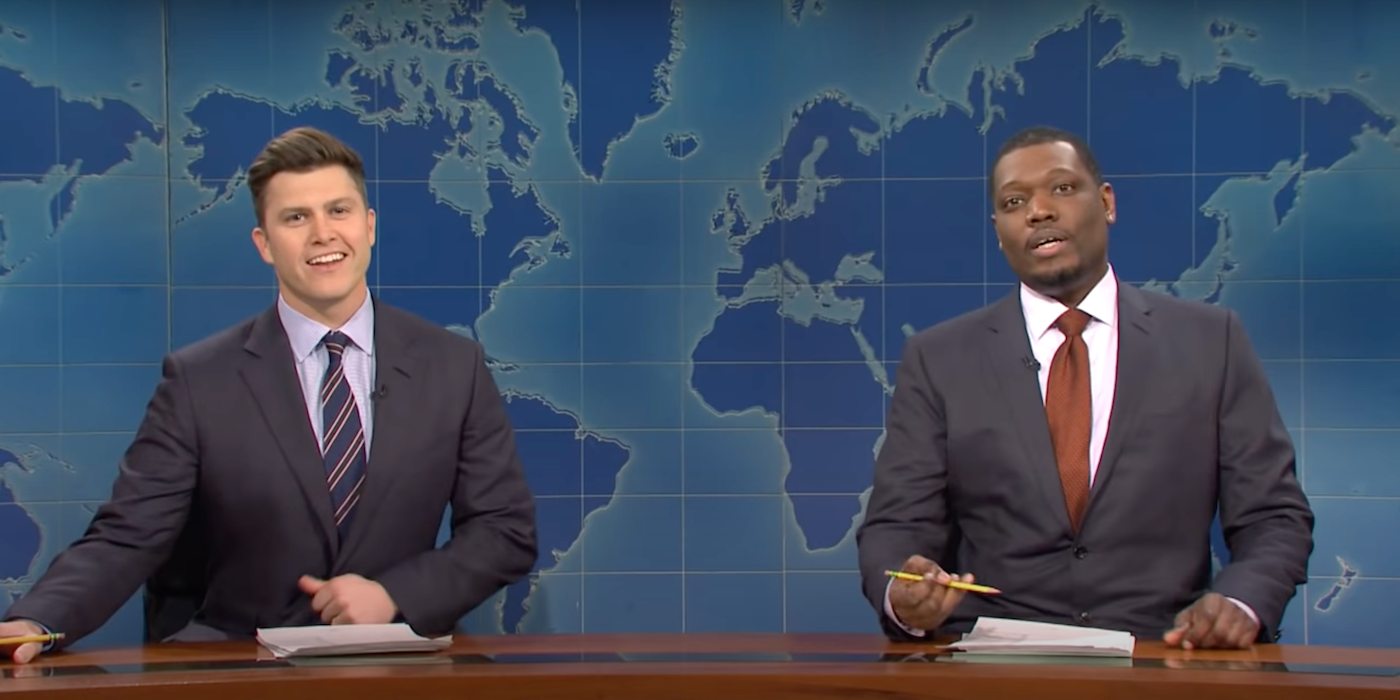 Update, January 9, 2021: The first week of 2021 was unlike anything any of us could have expected. Unfortunately, Saturday Night Live will not be back tonight to comment on those events or possibly distract us from them with some comedy. As of January 9, it looks like our theory that Season 46 will return after President-elect Joe Biden is officially sworn in will actually come true. If so, that means you can keep your calendars marked for SNL‘s return on January 23.

We still have no idea who will host the first 2021 episode, nor do we know who will serve as the musical guest. With the major political events of the first week of January setting the tone for the month, it’s highly likely SNL will find some way to comment. We could see sketches about President Trump’s expulsion from Twitter, Biden’s inauguration, and maybe even one involving Bean Dad. Or, depending on how things go between now and January 23, we might see something different. At this point, all bets are off and everything seems like fair game for coverage.

Update, January 2, 2021: There is still no official word on when Saturday Night Live Season 46 will return in 2021 following its holiday break. Additionally, no announcements have been made regarding which celebrity guest will host the first episode of the new year. For now, we’ll have to keep rewatching old SNL episodes on Hulu or Peacock and plan for SNL to return sometime in late January.

Update, December 26, 2020: This is your friendly reminder that Saturday Night Live is on a break until 2021! The final episode of 2020 was hosted by Wonder Woman 1984 star and SNL alum Kristen Wiig with musical guest Dua Lipa. No official 2021 return date has been announced but fans should expect the show to come back in January.

The final episode of Saturday Night Live for 2020 aired on Saturday, December 19. This begs the question: When is SNL coming back in 2021? Season 46 of the hit NBC show has already taken one break so far. That break lasted for one month, with SNL stopping production after the November 7 show hosted by Dave Chappelle and returning on December 5 with a show hosted by Jason Bateman. The most recent episode — the December 19 Christmas show — was hosted by Kristen Wiig and revealed current cast member Alex Moffat as the new Joe Biden.

It seems like SNL‘s return in the new year was teased during the “Weekend Update” segment hosted by Colin Jost and Michael Che. The segment opened with Jost taking the reins to bid adieu to soon-to-be-former President Donald Trump. Jost’s Trump farewell opened with the following comment: “Well, guys, barring a reverse Christmas miracle, this is the last ‘Weekend Update’ with Donald Trump still in office.”

The comment elicited big cheers from the audience. Those cheers turned into a mixed reaction from that same audience when Jost rolled out a slideshow of Trump’s most memorable moments in office. It was a mixed bag of treats as Trump’s expense, with some slides getting laughs, like the photo of Trump appearing to shout at a child mowing the White House lawn. Other slides elicited shock, like the clip showing Trump tossing paper towels into a crowd like he’s shooting a basketball.

Jost’s comment seems to imply SNL will be going on another month-long break. If this is true, then SNL Season 46 will return to NBC on Saturday, January 23, 2021. This is the first Saturday after Inauguration Day on Wednesday, January 20 — the day Biden goes from President-elect to the official President of the United States. There is still no official confirmation from NBC on when SNL Season 46 will be back in 2021, nor is there any official word on who will be hosting the first episode of 2021.

Saturday Night Live Season 46 (so far) is currently available to stream on Hulu and Peacock. Watch the, er, special look back at Donald Trump’s presidency as presented by “Weekend Update” below. For more, find out what’s coming to Hulu throughout December.

Racism row in Sydney: Acts of discrimination will not be tolerated, says BCCI secretary