What’s Going on With the Floods at Disney World? 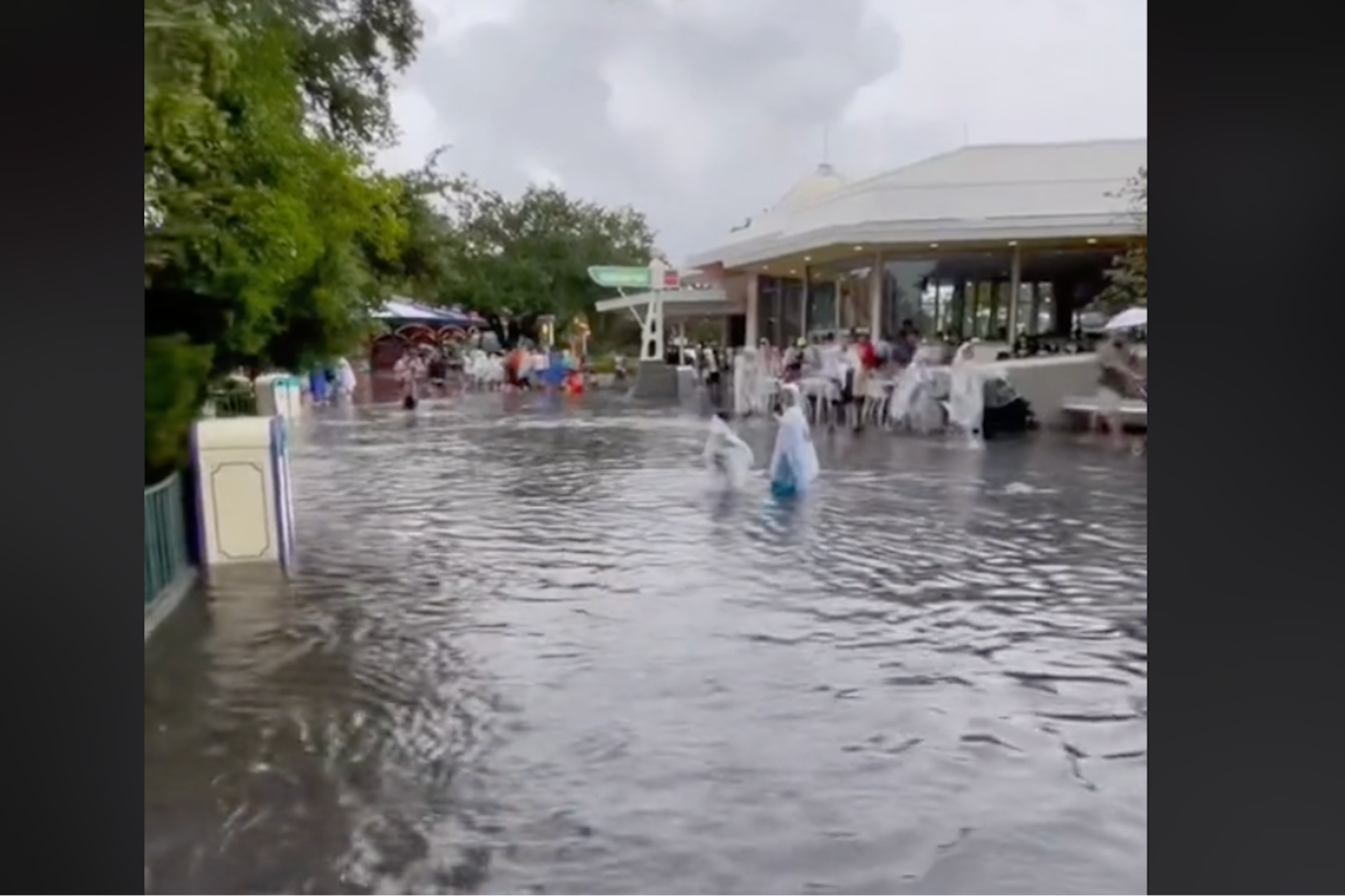 The “Happiest Place on Earth” just made customers very unhappy … and very soaked!

Over the past few weeks, massive thunderstorms have hit Orlando, Florida, leading to floods and frequent rainfall at Walt Disney World Resort.

Videos have been making the rounds, including those showing people nearly swimming through the parks, waist-deep in rainwater while others run for cover, their oversized ponchos barely making a difference in keeping them dry.

Based on the videos, it appears the infrastructure and storm drainage systems might not be equipped to handle such torrential rainfall, leaving many customers disgruntled and disappointed.

The videos were taken at all of Disney’s parks, with some parkgoers stuck on rides being rained on and others hiding under awnings to wait out the storms. Other videos show people seeking shelter and wading through the water to escape from hailstorms.

“Is it even a true Disney trip if at least ONE of the Parks doesn’t flood and put you in ankle deep water,” one user joked on a video posted by the @WaltDisneyWorldParks account.

“Absolutely not, it’s a must,” the Disney account responded. “Especially in the summer months.”

Disney blog Inside the Magic points out that it usually rains in the parks once a day during the summer, but flooding and storms of this magnitude are a rarity, even though the amusement park was built on swampland.

Summers in Florida are often wet; July to September is considered the peak rainy season.

It looks like even the magic of Disney can’t stop the weather dangers of the outside world.

Denial of responsibility! My droll is an automatic aggregator of the all world’s media. In each content, the hyperlink to the primary source is specified. All trademarks belong to their rightful owners, all materials to their authors. If you are the owner of the content and do not want us to publish your materials, please contact us by email – [email protected]. The content will be deleted within 24 hours.
disneyNews and Trends
0
Share

Comic Creators With Special Thanks in Sandman & Why (SPOILERS)