What the world can learn from the devastating floods in Pakistan 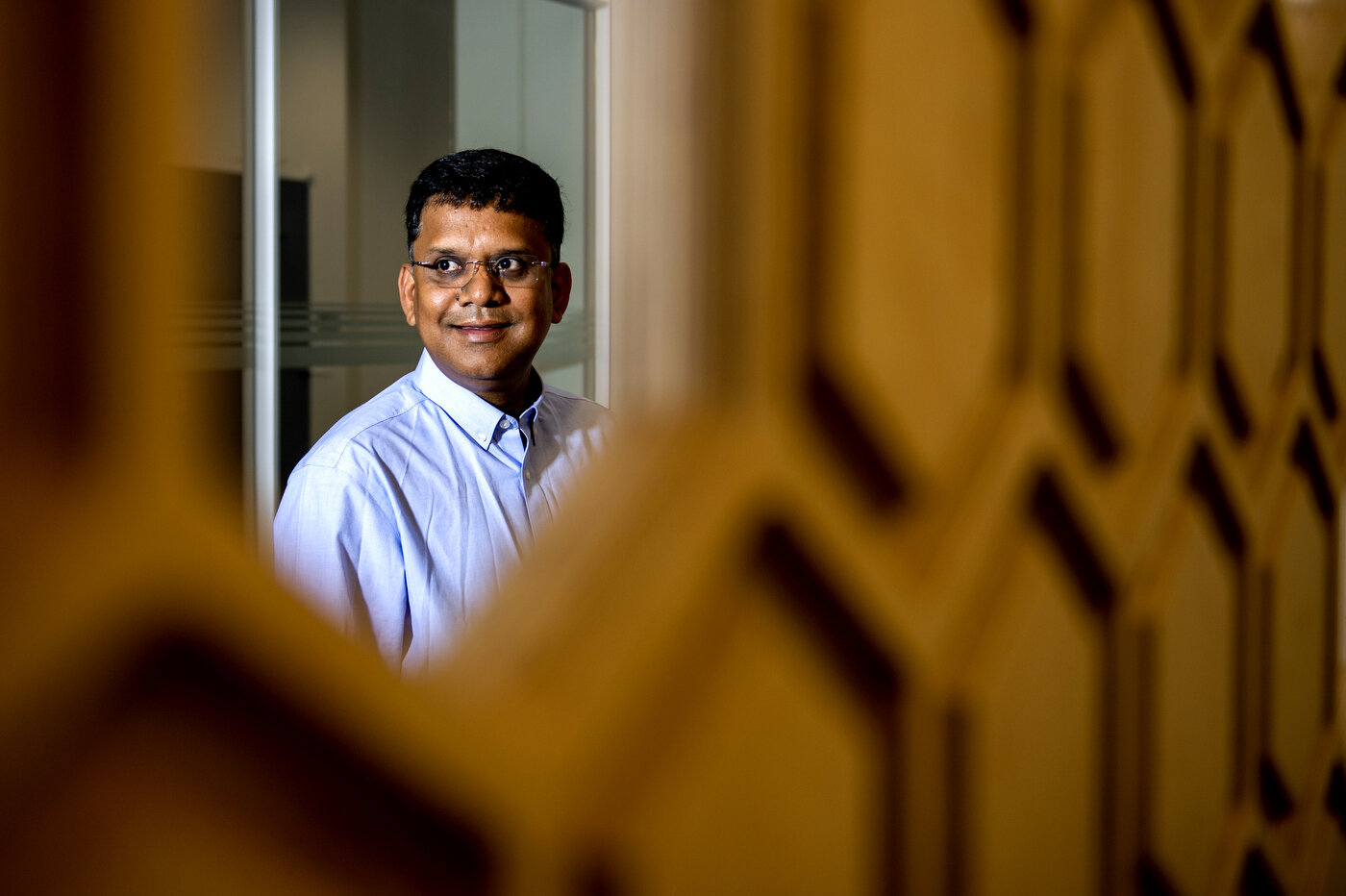 Born in India and having friends from Pakistan, Auroop Ganguly, professor of civil and environmental engineering at Northeastern University, has been following the news about the catastrophic floods in Pakistan very closely.

He says that due to climate change such disasters are not completely unexpected surprises anymore, but rather predictive events that should be anticipated and accounted for in infrastructure design considerations.

“It’s a mess from many different angles,” Ganguly says about the situation in Pakistan.

This summer, one-third of Pakistan was flooded by abnormal seasonal monsoon rains that began in mid-June and continued into September, dumping three to six times more water than expected. The flooding affected more than 33 million people, or about 15% of the country’s population, killing more than 1,300 as of Sept. 5.

More than 1.1 million houses, dozens of bridges and 3,200 miles of roads have been destroyed or damaged. The country lost millions of acres of crops and about 800,000 livestock.

Some people sometimes call such disasters “acts of God,” Ganguly says, but they are not. They are connected to the exacerbation of climate change, and people around the world should be aware of it.

There is a link between the greenhouse gas emissions and fossil fuel burning and intensified floods and other natural disasters, Ganguly says.

“We are operating in the current climate, we are no longer operating in pre-industrial or 1940s climate,” he says.

Pakistan experienced prolonged heat waves in April and May, when temperatures reached above 104 degrees in many places and 123 degrees in the city of Jacobabad.

It is clear, Ganguly says, that climate resilience and adaptation are becoming very important.

One way to deal with climate change is to implement low-regret adaptations—low-cost measures that potentially will bring large benefits under the future climate conditions. Such measures include, for example, improving water efficiency, restricting the type and extent of development in flood-prone areas, preserving natural areas in support of biodiversity, and creating green urban areas or green roofs.

“I think we’re getting to that stage now,” he says.

Floods that are comparable to those that happened decades ago, whether in Pakistan or New Orleans, now bring more devastation, because of population growths, increased urbanization, changes in land use and aging infrastructure. Both people and countries now own more assets that can be destroyed in the floods.

The most greenhouse gas emissions are generated by China, the U.S., India, EU and Russia. However, climate change and exacerbated flooding is not just the failure of developed nations or the Paris Agreement, or any one nation in particular, Ganguly says. Each carbon dioxide molecule impacts all of us.

Unfortunately, the need for building adaptive capabilities around the world is not getting enough attention, and that is a major issue, he says. Climate change is a global issue that impacts every country and many sectors of the economy. Some places, like Pakistan, might need more immediate and urgent attention, technical and societal know-how from developed countries and financial aid to build protective and lifeline infrastructures and, simultaneously, educate and prepare the population for natural disasters.

“None of us—no individual, no community, no country—can be an island of resilience in an ocean of fragility,” Ganguly says.

And floods do not need to cause so much destruction, Ganguly says.

“Just because there is a hazard, it doesn’t need to turn into a catastrophe,” he says.

Two elements determine the probabilistic risk of a hazard, Ganguly says—vulnerability and exposure. Vulnerability is evaluated based on what measures have been taken to prevent damage given this hazard.

“That’s where I start talking about protective infrastructure such as reservoirs, dams, levees, nature-inspired systems and giving the river room to breathe,” Ganguly says.

Exposure determines what impact a disastrous event will have. This impact could be measured in lives lost, people displaced and consequences for the economy.

“Over the longest period of time, Pakistan has not invested in infrastructure, in reservoirs, dams,” Ganguly says. “That’s where the attention is—why wasn’t something done.”

But investments into infrastructure should not just happen after each flood. They should be done consistently over a long-term period.

In addition, Ganguly says, resilience should be built within communities, including advanced warning systems, guidance advisories and simulation exercises. Even some of the poorest people have cellphones now, he says, so there could be a community network where people help each other locally, and the network can be scaled nationwide.

Importantly, there has to be a political will to invest into adaptive capabilities, besides reducing greenhouse gas emissions to slow down global warming, he says. Governments need to understand the urgency of taking climate adaptability measures. Citizens also have to have awareness of what needs to be done to prepare for climate change and natural disasters to have a greater chance of convincing their governments.

“To deal with those catastrophes, we have to be able to spend on adaptation,” Ganguly says. “This is long-term spending, it is no longer just consequence management.”

Among the countries that have already been successfully adapting are the Netherlands and Denmark. They are significantly ahead in building resilience than the U.S., Ganguly says, which has money and other resources but has not been spending enough on climate adaptability.

“Thinking about what already happened in the U.S., whether it’s Puerto Rico or whether it’s New Orleans, or elsewhere, and continues to happen,” Ganguly says. “There are things that could be learned and done in the U.S.”

Citation:
What the world can learn from the devastating floods in Pakistan (2022, September 9)
retrieved 10 September 2022
from https://phys.org/news/2022-09-world-devastating-pakistan.html

The Legendary Frank Drake Shaped the Search for Alien Life