“What he is doing is really special” 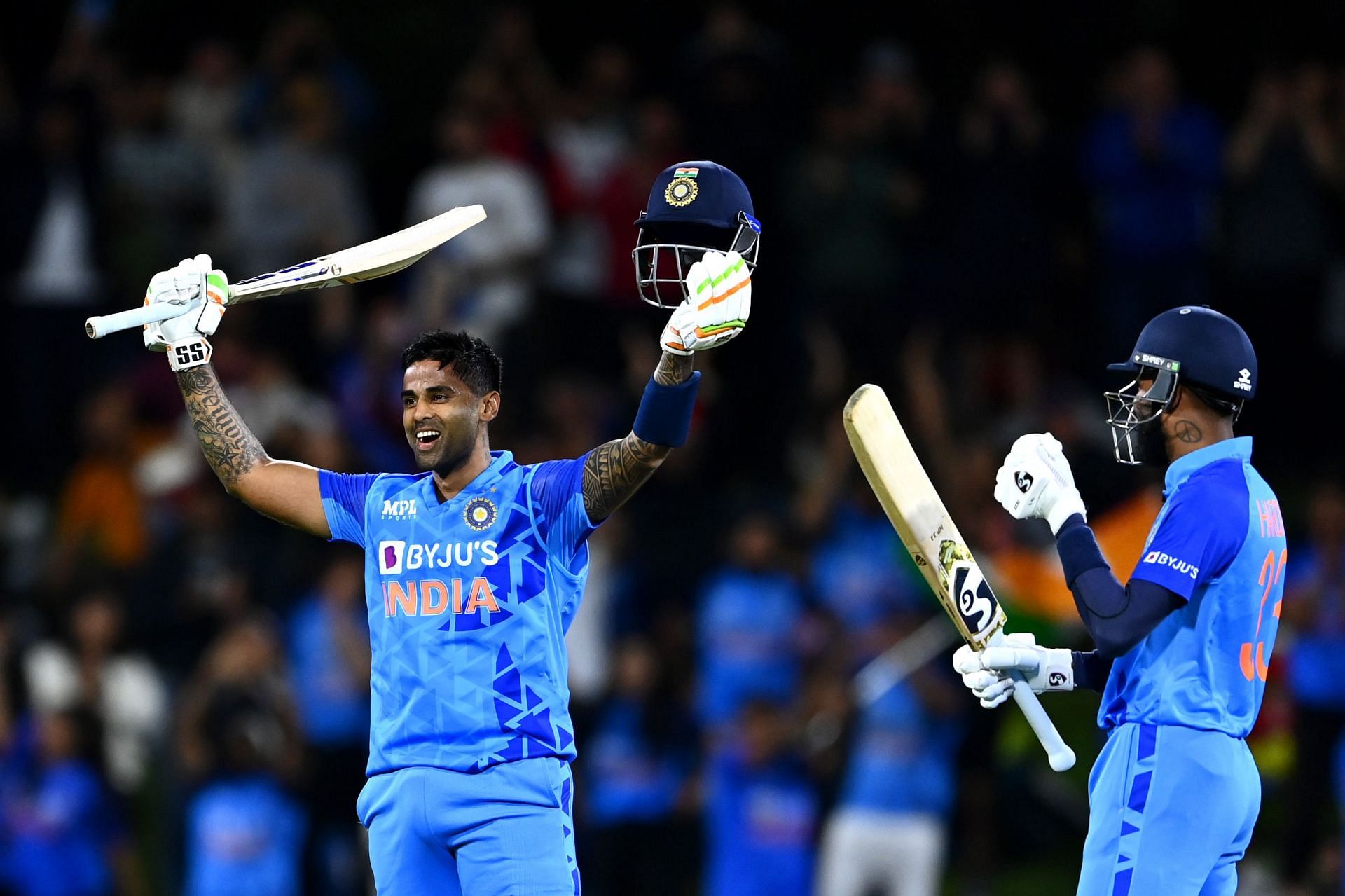 Team India wicketkeeper-batter Dinesh Karthik has stated that Suryakumar Yadav’s unbeaten century on Sunday, November 20, against New Zealand in the second T20I is another reminder of his special ability. He opined that the Mumbai batter is making batting look a lot easier than what it actually is due to his exceptional talent.

Suryakumar, 32, notched up his second T20I hundred on Sunday in Mount Maunganui, clobbering 111* off 51 balls. The knock featured 11 fours and seven sixes and enabled the Men in Blue to post 191/6 after losing the toss and being asked to bat first.

The right-handed batter’s efforts guided Team India to a 65-run win in the second T20I of the three-match series. In a post-match discussion on Cricbuzz, Karthik hailed Suryakumar for another wonderful knock and commented:

“He is making it look much easier than what he is actually doing. What he is doing is really special. To have the ability to hit on both sides of the wicket and use the pace consistently is not an easy task. It comes very naturally to him.

“Still, having the mental aptitude to go through those initial balls and then get going and absolutely have a blast at the end… You can see why he is so special.”

India were 108 for three in the 13th over when Shreyas Iyer was hit wicket off Lockie Ferguson for 13. However, Suryakumar added 82 for the fourth wicket with Hardik Pandya (13) to lift the team’s scoring, with the former being the dominant partner in the stand.

The Men in Blue looked set to cross 200. However, a last-over hat-trick by Tim Southee kept India to 191.

“Among his peers, he is right at the top” – Dinesh Karthik on Suryakumar Yadav

During his superb knock on Sunday, Suryakumar scored at a strike rate of 217.65. No other Indian batter could end up with a strike rate of 150 in the innings. New Zealand’s batters also struggled to get going.

“(His strike rate) pretty much sums up where Surya is on the ladder, so to say. I think among his peers in world cricket right now, he is right at the top. He is batting at the peak of his prowess and it’s a joy to watch him bat – just toying around with bowlers, toying around with the (opposition) captain.”

Defending a total of 191, part-time spinner Deepak Hooda claimed four wickets, while Mohammed Siraj and Yuzvendra Chahal picked up two each as the Kiwis were bowled out for 126 in 18.5 overs.