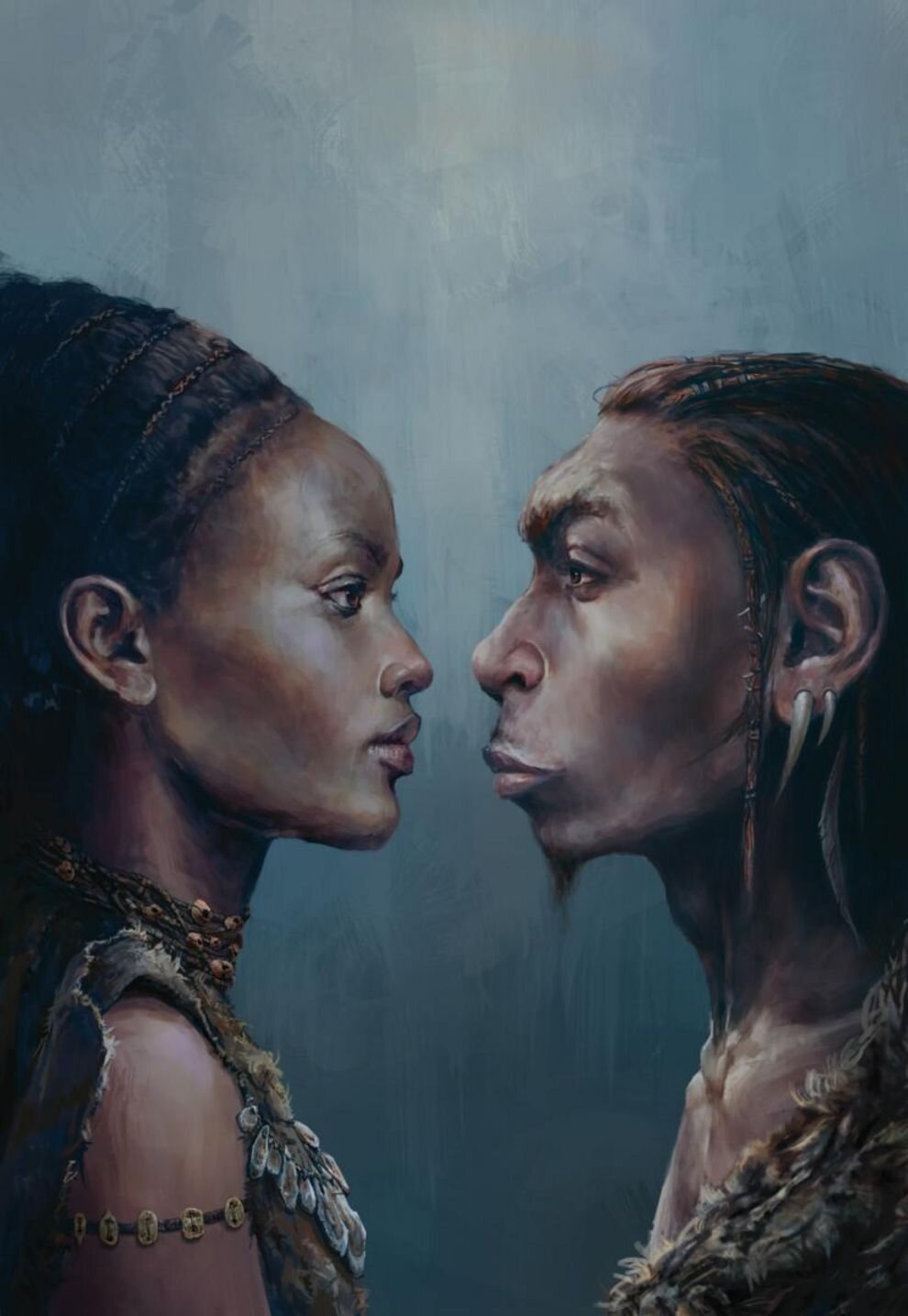 Many people living today have a small component of Neanderthal DNA in their genes, suggesting an important role for admixture with archaic human lineages in the evolution of our species. Paleogenetic evidence indicates that hybridization with Neanderthals and other ancient groups occurred multiple times, with our species’ history resembling more a network or braided stream than a tree. Clearly the origin of humankind was more complex than previously thought.

It is essential to use multiple lines of evidence to investigate the impact of such hybridization. Ancient DNA is rarely well-preserved in fossil specimens, so scientists need to recognize possible hybrids from their skeletons. This is vital for understanding our complex past and what makes us human. Professor Katerina Harvati of the Senckenberg Center for Human Evolution and Paleoenvironment at the University of Tübingen, Germany, together with Professor Rebecca R. Ackermann of the Human Evolution Research Institute at the University of Cape Town, South Africa, have investigated the impact of hybridization using fossil skulls and identified individual potential hybrids in the past. Their work has been published in the journal Nature Ecology and Evolution.

Careful analysis of the data

To do this, the researchers investigated a large number of fossil remains of ancient humans from the Upper Paleolithic of Eurasia, dating to approximately 40 to 20 thousand years ago. Several of these individuals have yielded ancient DNA showing a small component of Neanderthal ancestry in their genes, reflecting their recent admixture with this group. Their skull bones were compared with (unadmixed) samples from Neanderthals and early, as well as recent, modern humans from Africa.

The researchers examined three regions of the skull: the mandible, the braincase and the face, for tell-tale signs of hybridization. “These might include, for example, intermediate morphology compared to Neanderthals or modern humans, dental abnormalities or unusual sizes. These are features we see in hybrids of various mammals, including primates,” Harvati and Ackermann explain. Their study showed that signals of hybridization were evident in braincases and jaws, but not in faces.

Harvati and Ackermann also identified some of the individuals studied as potential hybrids, including individuals from the Middle East—well-known to be a region of contact for the groups—but also beyond, in both Western and Eastern Europe. However, “where possible, individual hybrid status should be confirmed using genetic data, and as such we consider these identifications as hypotheses to be tested,” says Harvati. This was the first study of its kind, she says, adding that “we hope this encourages researchers to look more closely at these fossils and combine multiple lines of evidence for identifying hybridization in the fossil record.”

In other organisms—from plants to large mammals—hybridization is known to produce evolutionary innovation, including outcomes that are both novel and diverse. “It is estimated that about 10 percent of animal species produce hybrids, including, for example, bovids, bears, cats and canids,” Ackermann says. Hybrids are also known in primates, our close relatives, such as baboons, she says. “Because hybridization introduces new variation, and creates new combinations of variation, this can facilitate particularly rapid evolution, especially when facing new or changing environmental conditions.”

Hybridization, therefore, may have provided ancient humans with genetic and anatomical features which gave them important advantages when spreading from Africa across the world, resulting in our physically diverse and evolutionarily resilient species, state the authors.

These baboons borrowed a third of their genes from their cousins