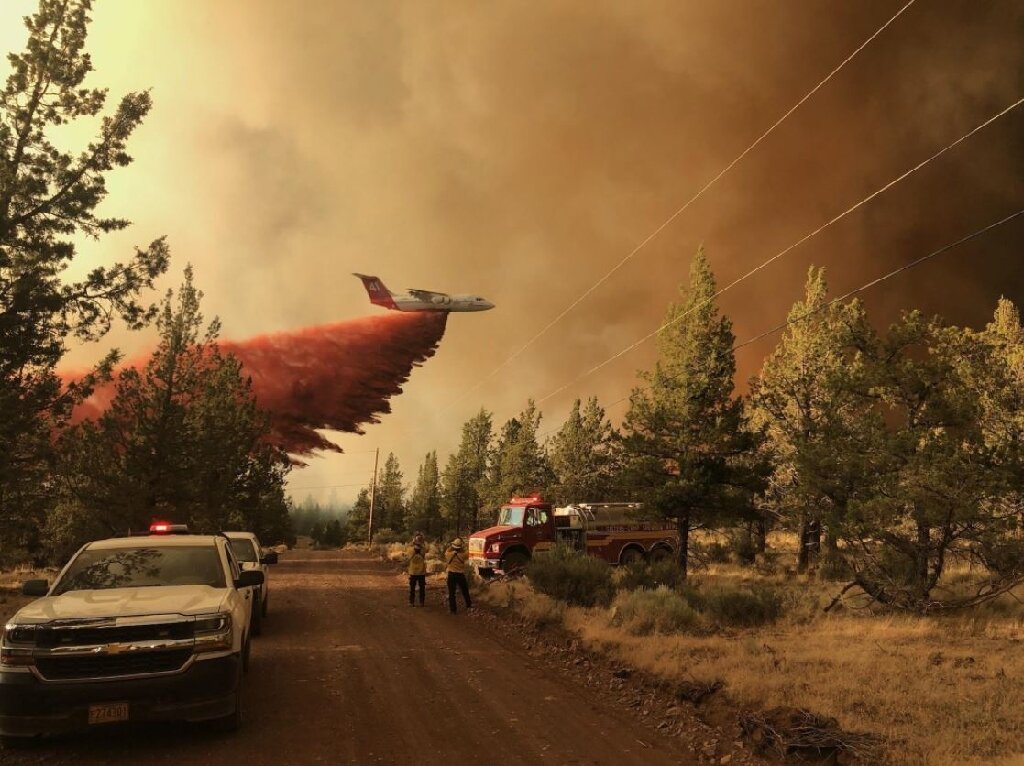 Why is this weird, metallic star hurtling out of the Milky…

The exception proves the rule

Canada’s western province of British Columbia declared a state of emergency Tuesday, with wildfires expected to grow even larger in the coming days due to high heat and winds.

“Based on the advice of emergency management and wildfire officials, and my briefing last night on the worsening weather, I am declaring a provincial state of emergency.”

The decision empowers officials to organize mass-scale evacuations and to provide emergency accommodation for evacuees, he added.

Some 5,700 people were under evacuation orders in the province Tuesday—more than double the previous day’s tally, as the threatened region grew in size.

Around 32,000 more residents have been placed on alert.

“Please have an evacuation plan ready for your family,” said Cliff Chapman, the director of operations for British Columbia’s wildfire service.

“From working in this branch for 20 years, I would be taking my family out if I was on an evacuation order today.”

Fires have been ravaging western Canada and the US west coast for several weeks following a scorching heat wave in late June that experts have tied to climate change.

Chapman said around 1,200 square miles (3,000 square kilometers) has already gone up in smoke in British Columbia—more than three times higher than the average area typically burnt by this point in the year.

The province has nearly 300 active wildfires, spurred by hot, dry weather that is expected to continue in the coming days, in addition to rising winds that may spread the flames.

The interior and southwest of British Columbia, including part of its border with the United States, are particularly affected. More than 3,000 firefighters are currently battling blazes across the province.

In the United States, more than 80 large fires are burning, the biggest of which is in the Pacific Northwest state of Oregon. The Bootleg Fire has scorched almost 390,000 acres—an area bigger than Los Angeles.

“Fighting this fire is a marathon, not a sprint,” Rob Allen, the incident commander for firefighters in the zone, said in a statement Tuesday.

“We’re in this for as long as it takes to safely confine this monster.”

Smoke has reached as far afield as the eastern United States and Canada, parts of which were shrouded in a gray smoky haze Tuesday.

‘Extreme’ wildfires and heavy smoke grip western US and Canada

Here’s what you think of Sony’s smartphone strategy

Why is this weird, metallic star hurtling out of the Milky Way?

The exception proves the rule