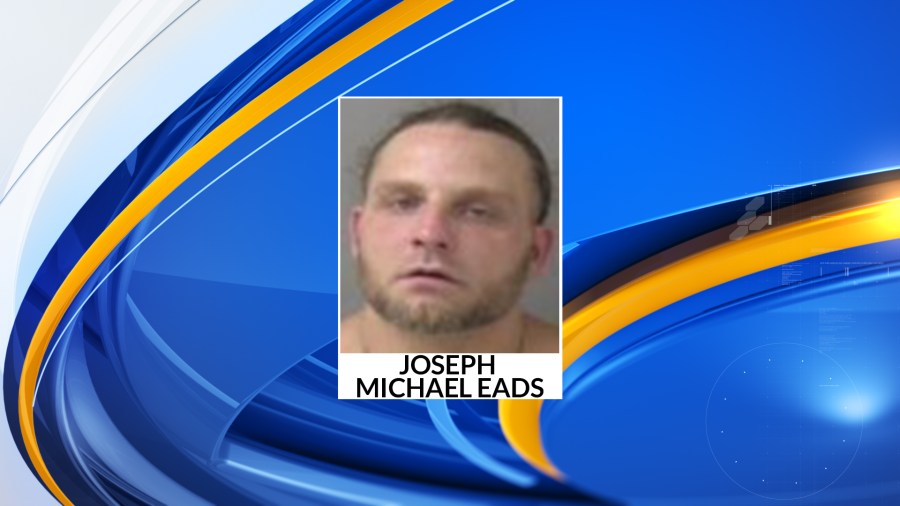 CROSS LANES, WV (WOWK) — The Kanawha County Sheriff’s Office (KCSO) said one man was arrested after allegedly robbing someone at gunpoint and possibly kidnapping another person.

Deputies said they responded to a 911 call at the Westchester Village Apartments in Cross Lanes, West Virginia, on Sunday.

Witnesses told authorities that Joseph “Joey” Michael Eads, 38, of St. Albans, drove up in a Kia to several people sitting in a car. Eads walked up to the car, brandished a gun, and told two victims to get out, witnesses said.

Later on Sunday morning, the Charleston Police Department told investigators they located Eads during a separate incident. Authorities said they found Eads with items he stole earlier from the robbery victim.

Eads was arrested for one felony count of First-Degree Robbery with a Firearm. Authorities said he was arraigned by a Kanawha County Magistrate and is in South Central Regional Jail on a $40,000 cash-surety bond.

Law enforcement said they found the kidnapping victim uninjured, and they are investigating the incident. At this time, kidnapping charges have not been filed against Eads.

The robbery victim also was not injured by Eads, according to the Sheriff’s Office.

UAE pledges to invest $30B in South Korea -Yoon’s office

Helipotile Has A Higher Shiny Rate In Raids & Eggs In…