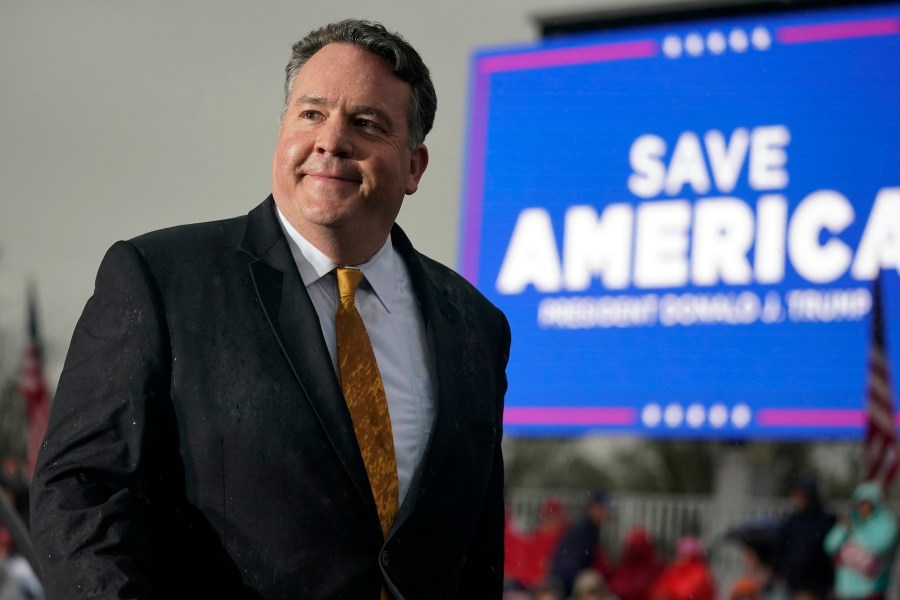 West Virginia Congressman Alex Mooney (R) announced on Tuesday that he will be running for Senate.

Mooney said on ‘Talkline’ with Hoppy Kercheval that he’s running for the seat because he’s not happy with the U.S Senate results and that ‘it’s for the sake of this country.’

‘It’s never been about me, it’s about America. We are under threat’, said Mooney.

Mooney added, ‘West Virginia values are at risk in this country. Until we take this US Senate seat back and get Joe Manchin out of there, he’s been the chief enabler of Joe Biden. I think he’s a liberal Democrat and West Virginia doesn’t deserve that anymore.’

Regarding Donald Trump’s announcement on Tuesday, Mooney said he would like to see Trump on top of the ticket in 2024 and that he’s a Trump supporter

Mooney addressed the investigations by the Office of Congressional Ethics and said he’s addressed those issues and it’s a distraction by the left. ‘I run on the issues, and the voters saw through it,’ said Mooney.

“I do think it’s important to let folks know I’m running right away as they make their decisions for what they want to do,” Mooney said. “I’ve heard at least five other names on the Republican side. The Democrats will have to choose. I mean, Joe Manchin will have to win his primary if he runs in 2024 also.”

Senator Manchin’s office made the following statement after Mooey made the announcement:

“A robust democratic process has never been more important to our country and Senator Manchin encourages every candidate who values public service to enter the race.”

This is a developing story, stick with 7 News for updates.