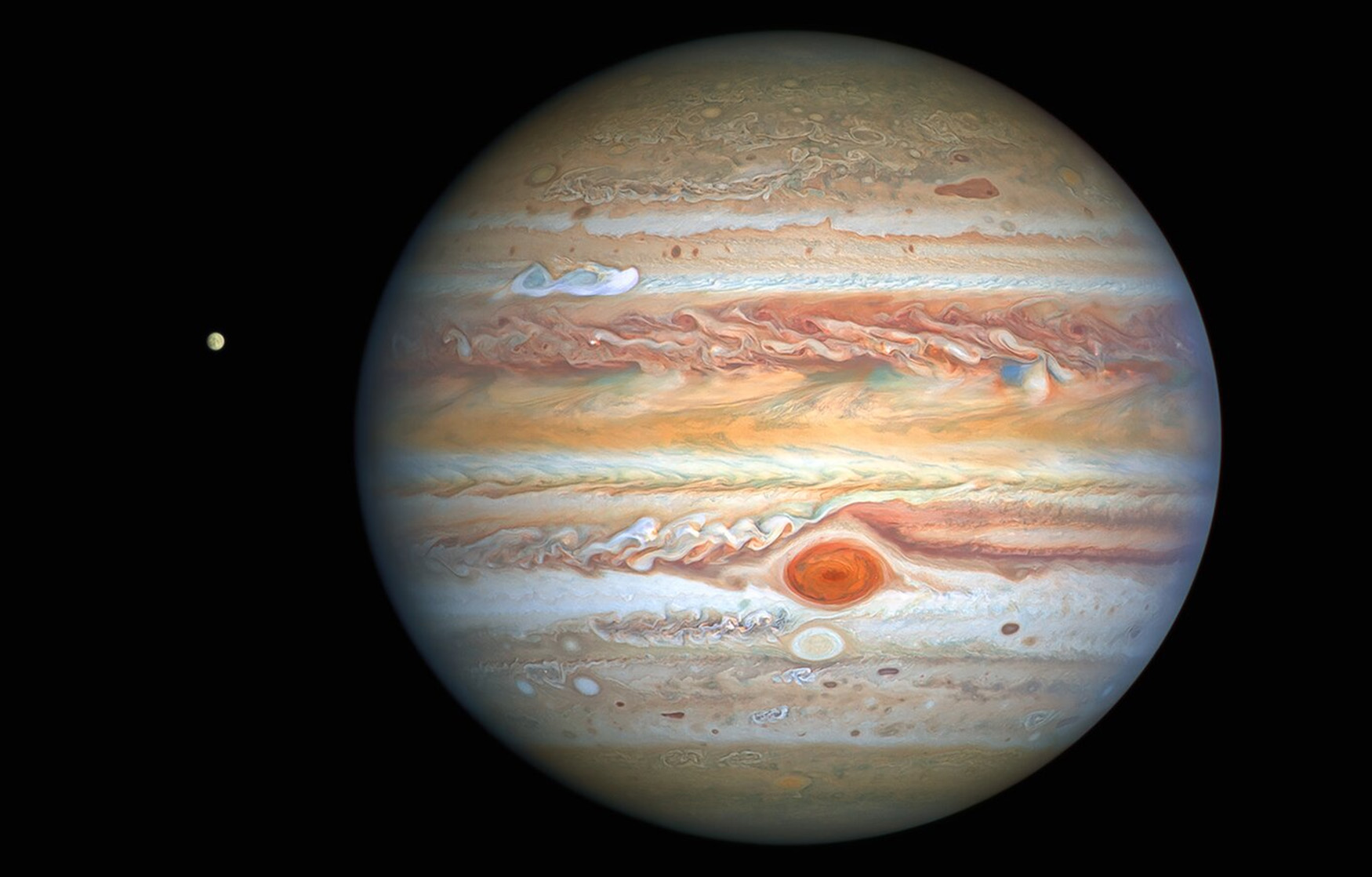 For decades we have known that Jupiter’s asteroid swarms follow the gas giant as it continues its orbit around the Sun. Now, astronomers may have finally deduced one of the biggest mysteries surrounding the Jupiter asteroid swarms – why one has more asteroids than the other.

Jupiter is a massive planet known for its tumultuous gas atmosphere, lack of seasons, and the fact that it may have eaten other planets to grow so large. What you might now know, though, is that two of Jupiter’s asteroid swarms have left astronomers scratching their heads for decades now.

The L4 and L5 Jupiter Trojan swarms are two clusters that contain more than 10,000 asteroids. Each of these swarms follows the gas giant along its orbital path around the Sun, and for decades scientists have tried to figure out why there are significantly more asteroids in the L4 swarm. Based on everything we know; the two Jupiter asteroid swarms should be symmetrical.

But they aren’t. Now, according to a new paper published in Astronomy and Astrophysics, we finally have a possible explanation. The researchers say that the fast outward migration of Jupiter as it moves away from the sun may be what distorts the Jupiter asteroid swarms. This movement, they claim, is what results in more stable asteroid orbits appearing within L4 compared to L5.

The model simulates the orbital evolution of Jupiter, which is caused by the instability of planetary orbits in the early solar system. As such, this instability led to the outward migration of Jupiter at a very high speed. The migration may then have been the cause of the changes in the Jupiter asteroid swarms we see today.

Being able to successfully simulate an event from the early stages of the solar system could help us see this development in more clarity, allowing us to solidify the reasoning between the differences we see in Jupiter’s asteroid swarms.

Report: Sonos’ next flagship speaker will be the spatial…

While We Wait Here cooks up some depressing restaurant drama…