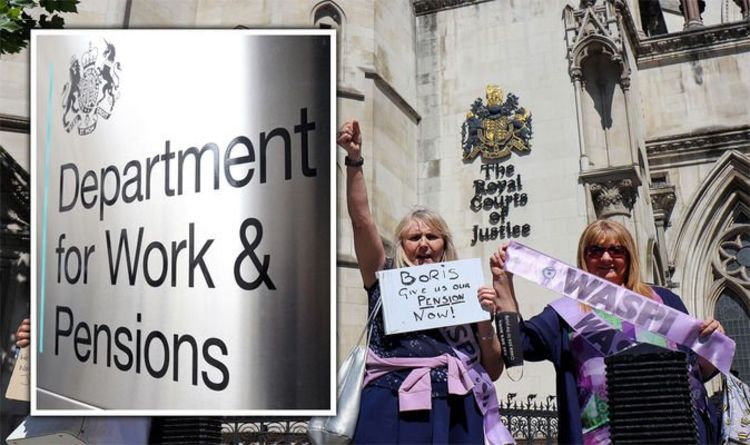 These changes proved controversial however, as while the Government has repeatedly detailed it communicated these plans effectively, many women argued they were not given enough warning or time to prepare.

In light of this, a number of organisations emerged to push back against the Government and perhaps even reverse the decision.

These organisations include Women Against State Pension Inequality (WASPI) and the Back to 60 group.

Eventually, a number of affected women brought their complaints to the PHSO who in turn launched a review.

Additionally, the DWP was found to have not communicated with 1950s women with enough urgency about the changes.

The results of this review have been welcomed by WASPI, who detailed the result vindicated 1950s women in the face of repeated dismissals from successive Governments.

In response to it, WASPI is now calling on the Government to “urgently compensate all women affected rather than making them wait even longer while the PHSO completes further rounds of its investigation.”

They said: “Today’s findings reinforce what we, unfortunately, knew all along; that the DWP failed to adequately inform 3.8 million 1950s born women that their state pension age would be increasing.

“The DWP’s own research showed that women were not sufficiently aware of the changes, yet they failed to act.

“This inaction had devastating and life-altering impacts on women across the country.

“These women have been waiting for many years for compensation.

“We cannot wait any longer. We are calling on the Government to agree to fair and adequate compensation for WASPI women rather than allow what has become a vicious cycle of Government in-action to continue.”

WASPI detailed it is now taking time to consider the contents of the results with its legal advisers and decide on “the best way forward for the campaign.”

Under the Government’s current plans, further state pension age changes are on the horizon.

Olympics carry a question: What does it mean to be Japanese?