Washington GOP House Candidates Attack Each Other on Social Security 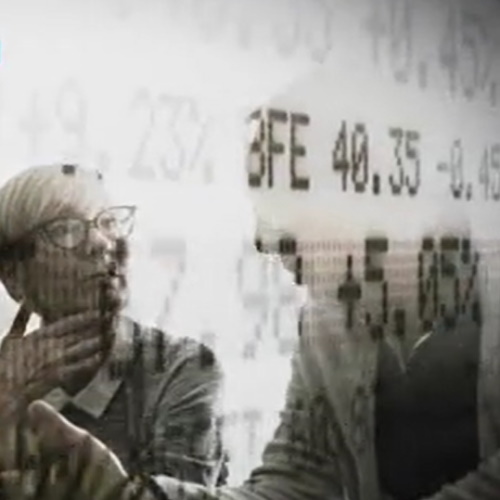 Two of the Republicans running for Washington’s 3rd Congressional District seat are attacking each other in TV ads about Social Security that could mislead voters.

An ad from Joe Kent falsely claimed that incumbent Rep. Jaime Herrera Beutler’s “plan for Social Security” is a “25% cut in benefits and complete insolvency in 10 years.” Kent has argued that Herrera Beutler “offers no solutions” to fully finance the Social Security trust fund to pay retirees and survivors, which the government currently estimates will no longer be able to pay full benefits in 2034. But that’s not the same as having an actual “plan” to slash benefits by one-fourth, as ad watchers could be led to believe.

Kent’s campaign website used to say he would “change entitlement spending by raising the age that citizens receive social security,” but he has since clarified that he supports modifying the Social Security program for younger individuals, not older people “who are retired or near retirement.” He also said he agreed with a proposal to allow younger people to invest their own money in “individual retirement accounts” instead of the “government system,” while still paying some Social Security taxes to support current beneficiaries and those close to collecting benefits.

Herrera Beutler and Kent are among nine candidates competing in the open primary that will be held on Aug. 2. Former President Donald Trump has endorsed Kent, a retired Green Beret, in the race to unseat Herrera Beutler, who voted to impeach Trump for his role in the attack on the U.S. Capitol in January 2021.

The two candidates who receive the most votes advance to the general election, regardless of party affiliation.

In the Kent ad released earlier this month, the narrator says: “What’s Jaime Herrera Beutler’s plan for Social Security? A 25% cut in benefits and complete insolvency in 10 years.”

We asked Kent’s campaign for support for the claim, but we did not receive a response. However, Craig Wheeler, a campaign spokesman for Herrera Beutler, said the claim was false.

“This is all totally fabricated,” Wheeler told FactCheck.org in an email. “You won’t find any such plan proposed by Rep. Herrera Beutler because none exists. She has consistently pledged to protect Social Security and make sure benefits are paid to seniors as promised, now and for years to come.”

Indeed, the Herrera Beutler campaign website says: “We must keep our promise to Americans who depend on programs like Social Security and Medicare. This means ensuring that these programs are strong now and in the future, and not raided by D.C. politicians to fuel government overspending.”

Instead, the Kent ad cites a 2021 Washington Post perspective piece that said the Social Security Board of Trustees “now project” that the federal Old-Age and Survivors Insurance Trust Fund, which pays benefits to retirees and survivors, “will be insolvent in 2033, meaning there will be enough income to pay out only 76 percent of scheduled payments.” And the tweet announcing the ad quoted Kent saying that “Social security will be insolvent in 10 years if we don’t act now” while “Herrera Beutler offers no solutions.”

Benefits would eventually have to be cut if Congress makes no changes to the current financial structure of the program. But it’s not a foregone conclusion that Congress will not act, nor does it mean that the six-term congresswoman has a “plan” to cut benefits.

In the latest report for 2022, the Social Security trustees projected that the OASI trust fund will be depleted in 2034. At that time, incoming payroll tax revenue would be enough to cover 77% of scheduled benefits. “Lawmakers have a broad continuum of policy options that would close or reduce Social Security’s long-term financing shortfall,” the report said.

Herrera Beutler did not cosponsor the bill either time it was introduced, but that does not mean that she would not support the bill, which has never advanced to a vote in the House, her campaign said.

“There are more than 9,000 pieces of legislation introduced each Congress, this is one of them, and she hasn’t studied it,” Wheeler, the spokesman, told us.

We should note that people who are not lawfully present in the U.S. are not eligible to receive Social Security benefits, even if they have paid into the system — which many of them do. However, some use fake or expired Social Security numbers to claim benefits, and it’s also possible for those who eventually gain legal status to try to claim benefits from when they were working in the U.S. without authorization. They have to provide documentation of prior tax payments, although it’s rare for immigrants to try to collect benefits for past work.

In an ad that started airing in early July, an older man with white hair says Kent “wants to raise the retirement age,” before a narrator adds, “cutting Social Security benefits for millions.” On screen, the ad shows a portion of text from a Kent campaign webpage that used to read: “We must balance our budget, end needless spending, and dramatically change entitlement spending by raising the age that citizens receive social security.”

That’s what the “national debt” section of the Kent campaign’s “issues” page said as of at least June 4, according to Internet Archive screen captures. But the page was later changed to say: “We must balance our budget, end needless spending, and dramatically change entitlement spending by expanding options for younger workers.” (Emphasis on the new wording is ours.)

The Kent campaign did not respond to our questions about why the language was altered, but Kent and his campaign have attempted to explain his plan in other statements and interviews.

“For people like my parents who are retired or near retirement, we will not change a thing,” Kent said in an undated statement posted to his website. “But I’m 42, and for people like me we must expand individual savings plans to make up for what Social Security can no longer afford.”

That’s similar to what he said in a 30-second ad posted to his YouTube channel on July 8.

He offered more details about his proposal in a radio interview on the Lars Larson Show about a week later. When Larson asked if Herrera Beutler had distorted Kent’s plan, Kent said that she had.

But in another ad captured by Kantar Media on July 22, the Herrera Beutler campaign again attacked Kent’s Social Security proposal without specifying that he has since said that his plan focuses on younger workers.

The “privatize it” quote is from a longer response from the same radio interview in which Kent agreed with Larson, who proposed allowing young people to have personal retirement accounts tied to the stock market while still contributing financially to the system for current beneficiaries and those near retirement.

“And it’s your money, meaning you can borrow against it,” Larson said. “You can do all these other things that you can’t, you can’t go in and take a 401k loan on your Social Security. You can take a loan on your 401k. So it has a lot of attractive benefits, but you’d probably have to start it by saying, okay, everybody who’s 25 right now, or 30 right now can jump out of the system. You’re still going to have to pay some Social Security taxes to support the existing system, but you can have your own retirement account and you own it, you know, within the requirements that are same – similar to 401k. That’s where we really should go, isn’t it?”

Kent said it was.

“I completely agree,” he said. “Privatize it. I mean, that’s why I advocate for the individual retirement accounts that are high interest, tax free to really incentivize those younger workers, guys my age and younger women … to put their own money into that program that gives them more control. It also benefits the market … and we let the free market take control of that as opposed to everybody just paying into this government system.”

So Kent says he does not want to change Social Security, or raise the retirement age, for current retirees and older workers nearing retirement, as the Herrera Beutler ads suggest.

We asked Wheeler why the ad also says “Kent would privatize Social Security, gambling seniors’ benefits on the tanking stock market.” He said that’s because those younger people will eventually be seniors themselves. “And those benefits will be gambled on the stock market rather than guaranteed by the federal government,” he said.

But people who see the ad could believe it’s referring to those who are seniors now.

Editor’s note: FactCheck.org does not accept advertising. We rely on grants and individual donations from people like you. Please consider a donation. Credit card donations may be made through our “Donate” page. If you prefer to give by check, send to: FactCheck.org, Annenberg Public Policy Center, 202 S. 36th St., Philadelphia, PA 19104.

Here’s why most electric vehicles won’t qualify for $7,500…