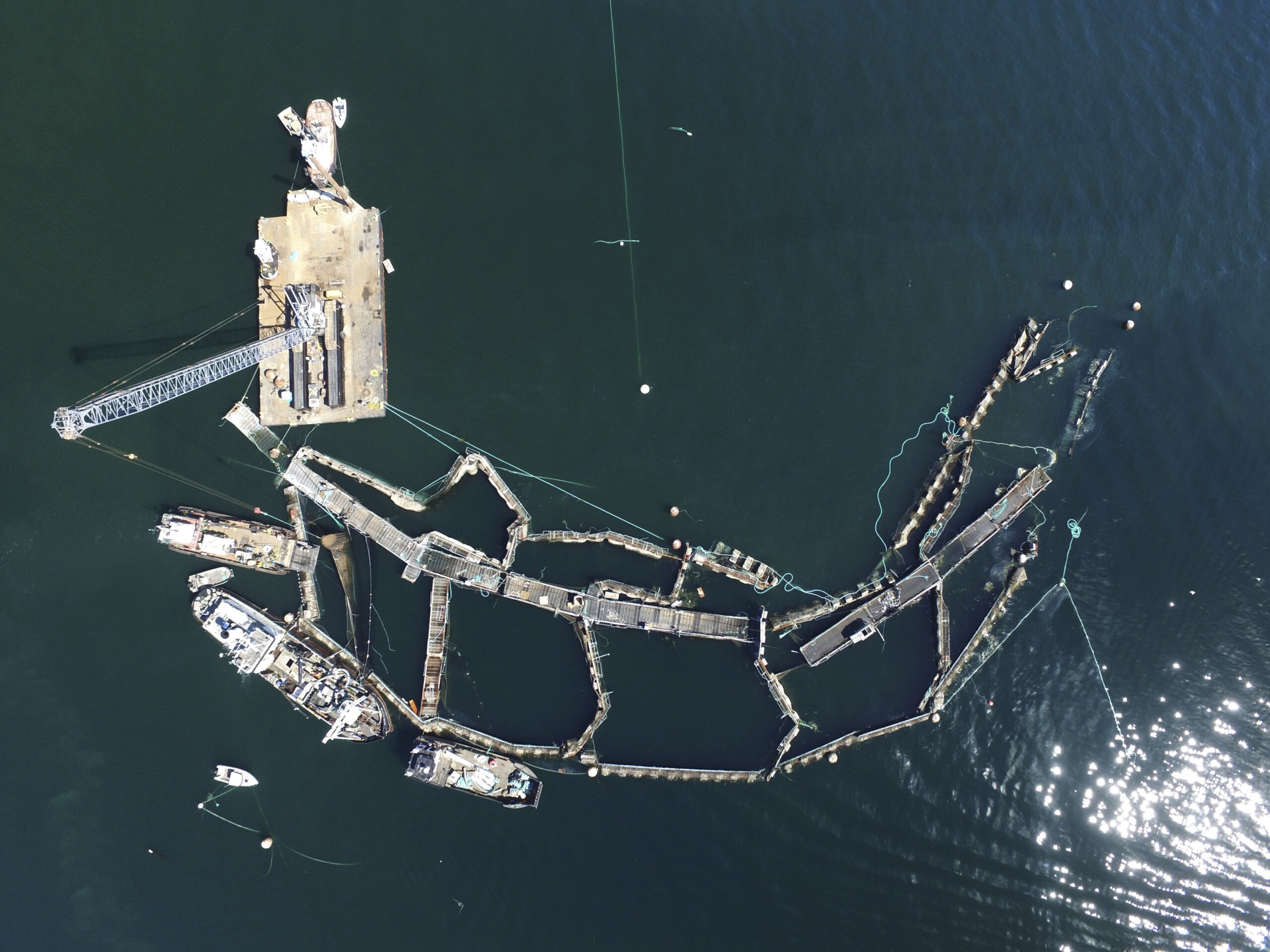 Public Lands Commissioner Hilary Franz issued an executive order banning the aquaculture method, which involves raising fish in large floating pens anchored in the water and has been practiced in Puget Sound for more than three decades.

California, Oregon and Alaska have already outlawed net-pen aquaculture, and Canada is working on a plan to phase it out of British Columbia’s coastal waters by 2025. Supporters say fish-farming is an environmentally safe way to feed the world’s growing population; critics argue that it can spread disease to native stocks and degrade the environment.

“As we’ve seen too clearly here in Washington, there is no way to safely farm fish in open sea net pens without jeopardizing our struggling native salmon,” Franz said. “I’m proud to stand with the rest of the West Coast today by saying our waters are far too important to risk for fish farming profits.”

Salmon aquaculture is among the fastest-growing food production systems in the world, according to the World Wildlife Foundation. It accounts for about 70% of the market. In 2018 the World Resources Institute released a report that said the industry needs to more than double by 2050 to meet the seafood demands of 10 billion people.

Since 2016, all of the net pens in Washington’s marine waters have been owned by the same company — New Brunswick, Canada-based seafood giant Cooke Aquaculture. In a statement earlier this week, after the state said it would terminate the company’s remaining leases in Puget Sound, the company said it was disappointed.

“Environmental organizations and Commissioner Franz are choosing to ignore the fact that farm-raised fish is one of the healthiest and most efficient ways to feed the global population with a minimal environmental impact and the lowest carbon footprint of any animal protein,” Cooke said. “Farmers work closely with world-renowned scientists from academia, government, and the private sector to develop rigorous standards and implement best practices for fish health and environmental protection.”

In 2017, a net pen operated by Cooke off Cypress Island, near the San Juan archipelago, collapsed and released 260,000 nonnative Atlantic salmon in Puget Sound. The escape prompted a frantic response by the Lummi Indian tribe, which mobilized its fishing crews to capture tens of thousands of the Atlantic salmon before they could intermingle or breed with native salmon.

The company argued that the fish were sterile and would simply die without threatening native salmon stocks, but the Legislature responded in 2018 and banned raising nonnative fish in the pens.

Cooke transitioned to raising native steelhead, but many Native American tribes and environmental groups, including Wild Fish Conservancy, still objected, saying that the unnaturally large clusters of farmed fish spread disease to wild populations and that their bulk feeding and excretions degrade the marine environment.

Several studies have found that young sockeye salmon from British Columbia’s Fraser watershed were infected with higher levels of sea lice after swimming past fish pens, The Seattle Times reported. And in March, an audit revealed sea lice counts at about five times the legal limit at a farm in Clayoquot Sound on the west coast of Vancouver Island. The lice can affect salmon growth, and in severe cases, cause death.

“It’s about the disease vectors and how that can escape into wild populations,” said Todd Woodard, natural resources director for the Samish Indian Nation. “When you say, ‘We’re raising native fish,’ native fish are not raised and reared in those kinds of concentrated environments.”

After the 2017 collapse, Washington’s Department of Natural Resources ramped up its inspections of net pens. In Port Angeles, on the Olympic Peninsula, the department terminated a net-pen lease for failing to maintain the facility in a safe condition and operating in an unauthorized area. Cooke challenged the decision unsuccessfully in court.

And earlier this week, the state terminated Cooke Aquaculture’s remaining net-pen leases, in Rich Passage near Bainbridge Island and near Hope Island in Skagit Bay. The company has until Dec. 14 to finish steelhead farming and to start deconstructing its equipment.

The decision will force Cooke to kill 332,000 juvenile steelhead that were planned to be stocked at its two remaining net pens next year, the company said.

“This is a big victory for everyone who values the Puget Sound ecosystem,” Suquamish Tribe Chairman Leonard Forsman said, according to The Seattle Times. “This action eliminates a harmful impact in our ancestral waters. The Rich Passage net pens have … blocked and polluted our fishing grounds for too long, and we are relieved to know they will be removed, restoring our waters back to a more natural state.”