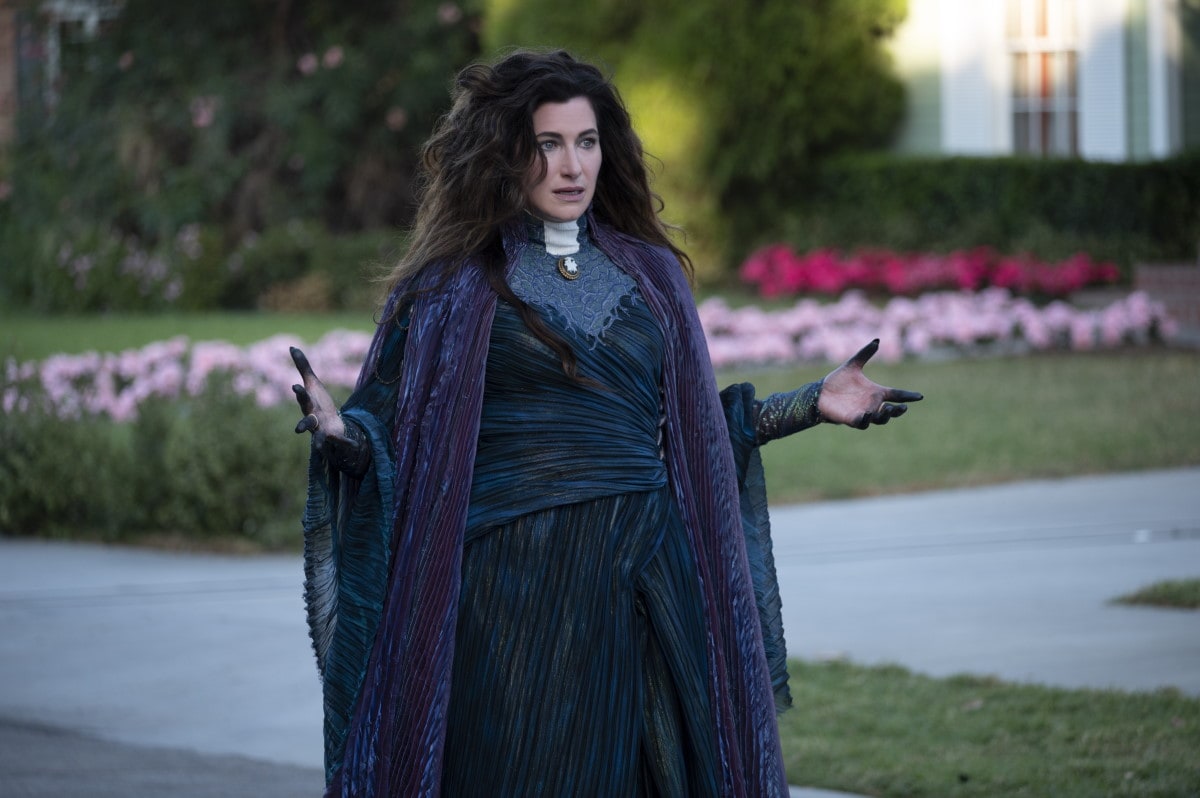 WandaVision villain Agatha Harkness is coming back. Kathryn Hahn will reportedly reprise her role as the eponymous witch who disguised herself as nosy neighbour Agnes for much of WandaVision’s Disney+ and Disney+ Hotstar run. WandaVision creator, head writer and executive producer Jac Schaeffer will return in those capacities on the WandaVision Agatha spin-off that is said to be a dark comedy. Hahn was a riot and a delight on WandaVision, and also contributed to the Emmy-winning earworm “Agatha All Along”. WandaVision left her alive and well, and now it’s clear why.

In the WandaVision series finale, Wanda Maximoff/ Scarlet Witch (Elizabeth Olsen) decided to trap Agatha inside Westview by using her powers to revert her to her “Agnes” personality. The WandaVision Agatha spin-off could follow “Agnes” as she (somehow) discovers who she is and then attempts to undo the magic that Wanda cast on her. It makes sense that Marvel would go back to Schaeffer to helm the spin-off, given that WandaVision was nominated for 23 Emmys this year — and won three.

WandaVision the show itself won’t be returning for a second season though. It was conceptualised as a limited series and designed to lead into future Marvel Cinematic Universe movies. Olsen is a lead character for next year’s Doctor Strange in the Multiverse of Madness — the WandaVision finale post-credits scene hinted at what she will be up to. Teyonah Parris, who played Monica Rambeau, is part of The Marvels, coming November 2022.

And now the future of Hahn’s character is confirmed. That leaves Paul Bettany’s Vision. No word yet on what’s happening with him. While Vision is technically dead, one form of his — all-white The Vision — floated away in the WandaVision finale.

This won’t be the first spin-off from a Marvel Disney+ series that we have heard about. Back in March, reports said that Marvel Studios was also working on a spin-off to Hawkeye, the upcoming Jeremy Renner and Hailee Steinfeld series that premieres November 24 on Disney+ and Disney+ Hotstar. The Hawkeye spin-off — from husband-wife duo Etan and Emily Cohen — is said to centre on Echo/ Maya Lopez (Alaqua Cox), the MCU’s first Native American superhero being introduced in the Marvel Disney+ series.

Starlink Warned by India Telecom Department to Get Licence Before Offering…

Xiaomi 12 could launch on December 12th with Snapdragon 8…